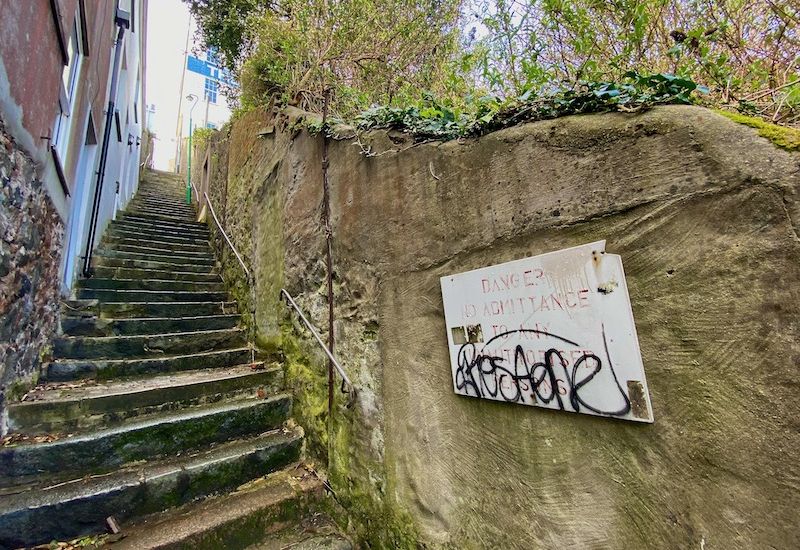 The risk of being hit by brickwork and masonry have led to Clifton Steps being rendered off-limits.

The seemingly endless stretch of granite steps from Market Street up to Clifton has always challenged the legs and lungs of any plucky pedestrian. Now it is a risk to heads as well.

Age and the encroaching overgrowth from the vacant area behind the eastern wall have weakened the concrete and the top course of brickwork. Barriers and warning signs now prevent shoppers from taking the shortcut northwards from the Market. 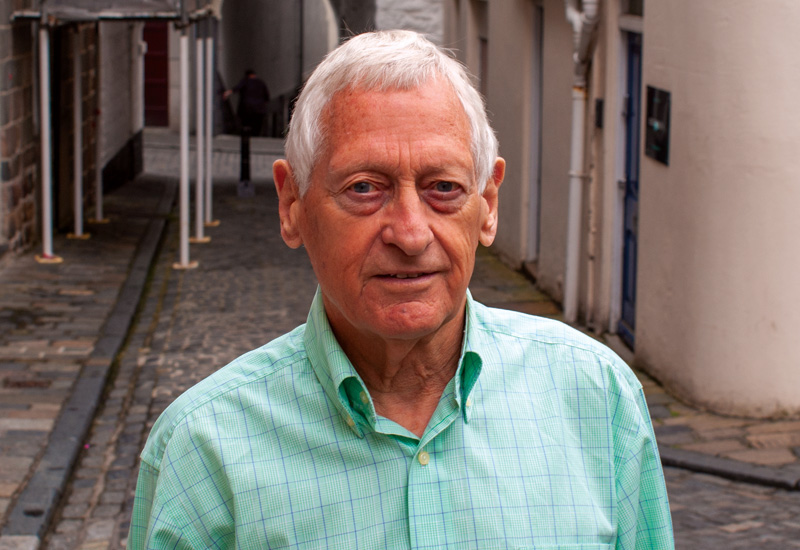 The vacant area behind the wall is heavily overgrown and bushes and weeds have been pushing through the concrete and mortar. Large cracks have also opened diagonally down the granite stonework. A concrete doorway – long blocked off and boarded up – has also had several cracks appear across its upright and lintel.

A spokesperson for Environment & Infrastructure confirmed that the steps have been closed following a report by the St Peter Port Senior Constable of a wall near the top of the steps that is in a dangerous condition.

They are currently awaiting an update from the Senior Constable and/or the landowner’s builder regarding the remedial measures that are required to make the wall safe and allow the steps to be re-opened.