POPPY'S PEOPLE: School site supervisor "one of the lucky ones" after 27 years in role 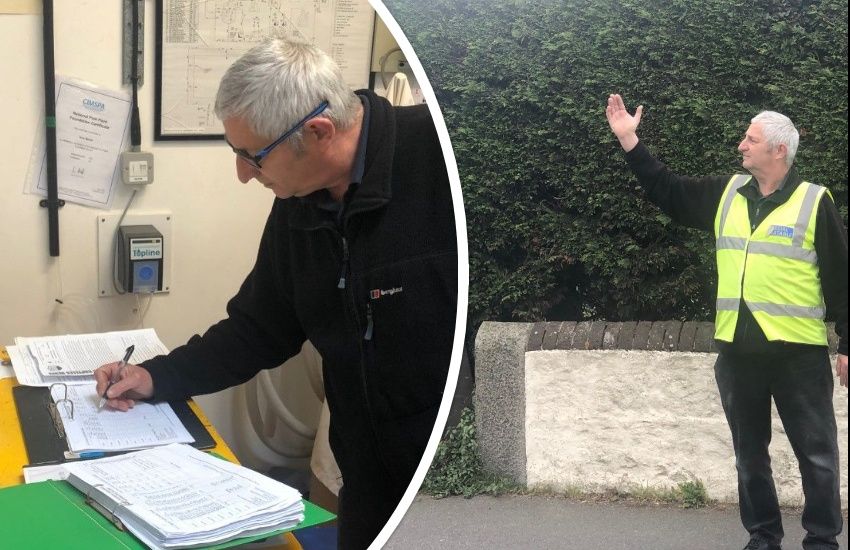 POPPY'S PEOPLE: School site supervisor "one of the lucky ones" after 27 years in role

A site supervisor believes he is “one of the lucky ones” after nearly three decades in the same role at Hautes Capelles Primary School.

Mr Martel, who is a familiar face to generations of students and staff, credits his long service to the enjoyment and variety of his role.

“Staying in the same role for as long as I have is not good practice anymore; it seems that the more you move around now the more experience you gain and the better that is for your career, but for my generation it was seen as loyal to stay in one role,” he said. 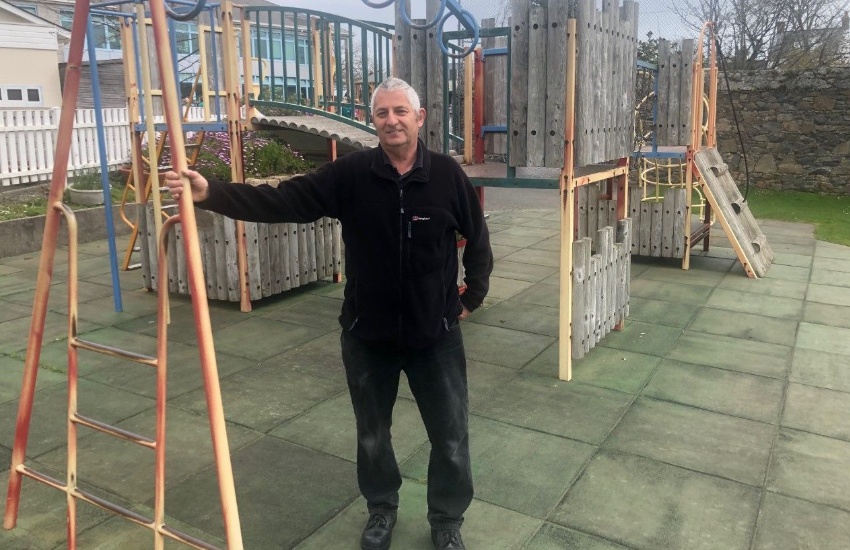 Pictured: Mr Martel is responsible for the school apparatus.

Mr Martel continued: “I’ve seen staff come and go, thousands of pupils and headteachers but I still keep in contact with some of the staff after they’ve left.

“I have seen the school go from being classrooms in huts with chalkboards to a modern building with high-tech classrooms, smart boards and iPads; it has changed beyond recognition and I’m grateful to have seen the transformation.

"We have our own gardening club for the kids now, indoor sandpits and even a fire pit. Everything has changed; even the windows are all electronic instead of doing things manually.”

Mr Martel is responsible for all school grounds, buildings, apparatus, and the indoor swimming pool. He also directs traffic outside the school during busy pick-up and drop-off periods throughout the day. 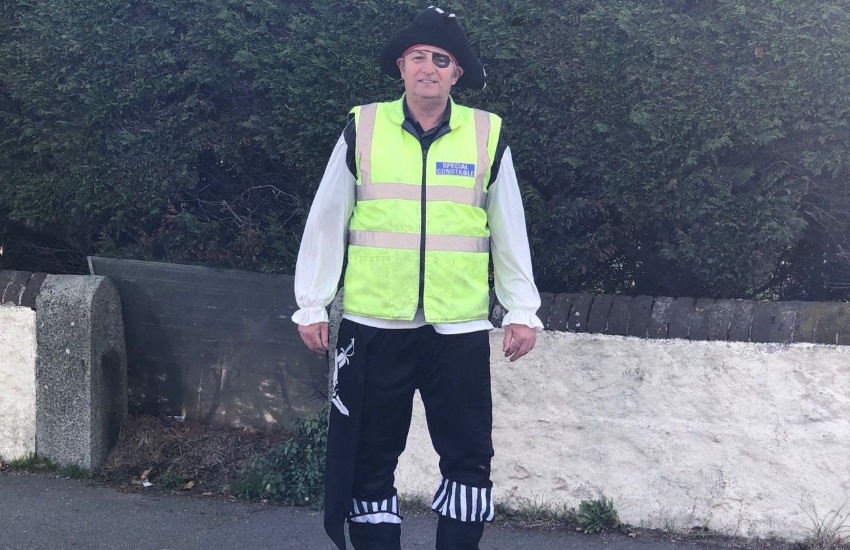 “The one thing that I don’t like to hear is anyone saying 'that’s not my job' because it is everyone’s responsibility to look after children,” said Mr Martel.

“I consider it to be a big achievement looking after a site this size. I will do anything for anybody in this role and I always do it with a smile; it’s the ideal job for me.”

Mr Martel said that, despite the occasional frustration, it was “easy” to keep smiling in his job.

“I am always happy to see the children, staff, and parents. It’s really lovely for me that the children will all say hello to me; I don’t know what it is but it’s like bees to honey especially the younger kids in the infant school they are always running up to say hello to me,” he said.

“You have to earn respect and it’s important to teach that to the kids as well. For example, the kids have learned that I respect honesty and they aren’t frightened to say if a ball has smashed a window or anything else that may have happened; I’ll always thank them for letting me know and that I’ll get it fixed.

“Communication skills are the most vital thing in life for everyone and I’m happy to play a part in children learning that.” 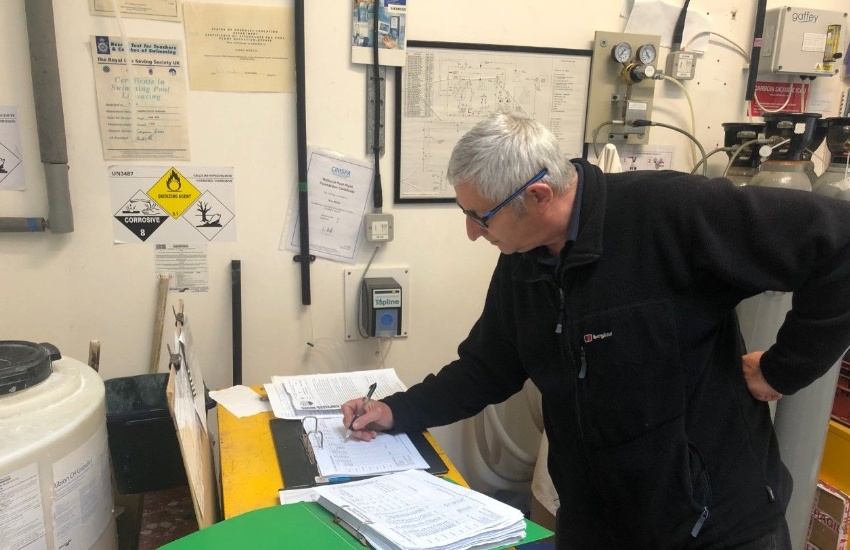 Mr Martel said he takes challenges step by step: “I never let anything worry me. I think it’s important for everyone to sleep on problems because, come the morning, you’ll always find things aren’t as bad as they seemed and there’s a solution,” he said.

“I take my time and would encourage everyone to take a step back and take a breath whenever the come across any kind of issue.”

Mr Martel said he was promoted to Site Supervisor “a couple of years ago”.

“I am very fortunate to have reached this stage of life where I purchased my house many years ago and have paid off the mortgage so I’m not under any pressure to earn a fortune,” he said. 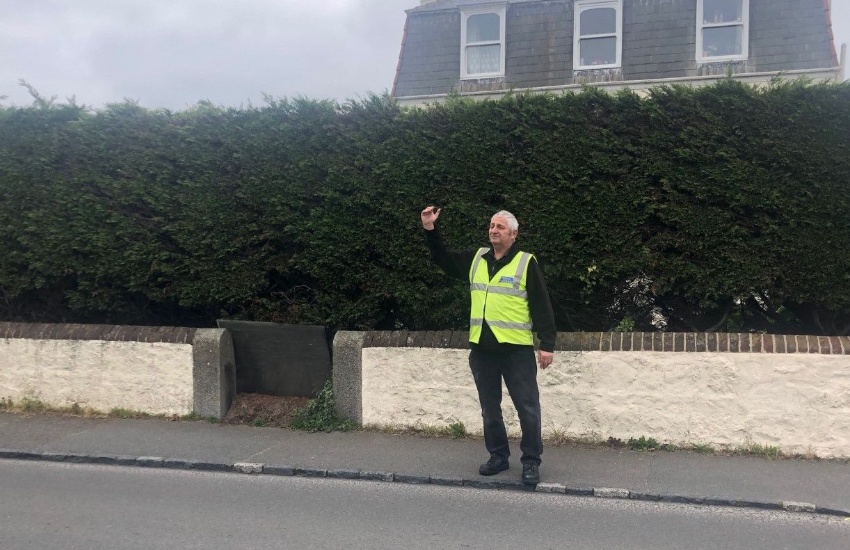 Pictured: Mr Martel directs traffic around the school, including traffic for funerals held at the neighbouring church.

Mr Martel continued: “I feel sorry for people today with the house prices how they are that they must earn a certain amount a month just to keep up with their payments. I certainly feel as though I am one of the lucky ones to have a job I love and to have had it so long.

“My retirement age is 66 years and two months; if I feel that I’m not able to give the role 100% then I feel like it would be fair to let someone else step into the role.

“I have grandchildren now so I’m not thinking about staying on past retirement, but with the way I’m looked after here it would be extremely difficult for me to leave.”

Mr Martel recalled one of his favourite memories in his role.

“There were children in the infant school playing with one of the big plastic hula hoops and it broke beyond repair, it was almost in a figure of eight, I’ll never forget it,” he said.

“One of the kids came up to me and begged me to fix it for him and I thought there’s only one place this can go so I took it to the recycling bin but, as I put it in, there was an identical green hoop leaning against the bin.

“I went back to the child with the new hoop and give him to him and he said: 'Terry you’re amazing'. Things like that make the job completely worth it. There have also been countless times the children have asked if I can be their teacher. For youngsters to say something like that to you shows that you must be having an impact and it’s a great part of the job.” 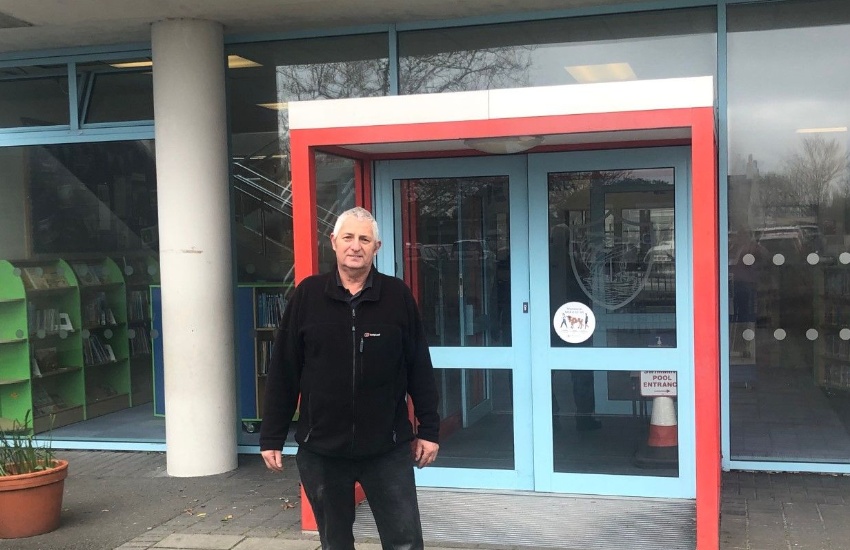 Mr Martel does take part in some lessons: “A couple of times a year I go into the infant classes and teach them about what my job is and they are always so engaged and ask lot of questions,” he said.

“I have also been into the older classes in the junior school and we play a maths game together. I play darts a lot so I am quick at mental arithmetic. I’ll play a game of darts with the kids and half the room will have calculators, the other half just a pen and paper and I will be writing my answers up on the board so we see who can work it out quickest.”

Mr Martel said he has a "golden rule" for his work.

"It is absolutely true that prevention is better than cure, that's something I live by. I am always on the look out for any potential problems so that I can resolve them before the problem happens. It's about being aware all the time of what it happening; I know every aspect of this site.

“You get out what you put in and I feel like over the years I have put it a lot of work and I’ve earned respect from that and have had a fantastic job." 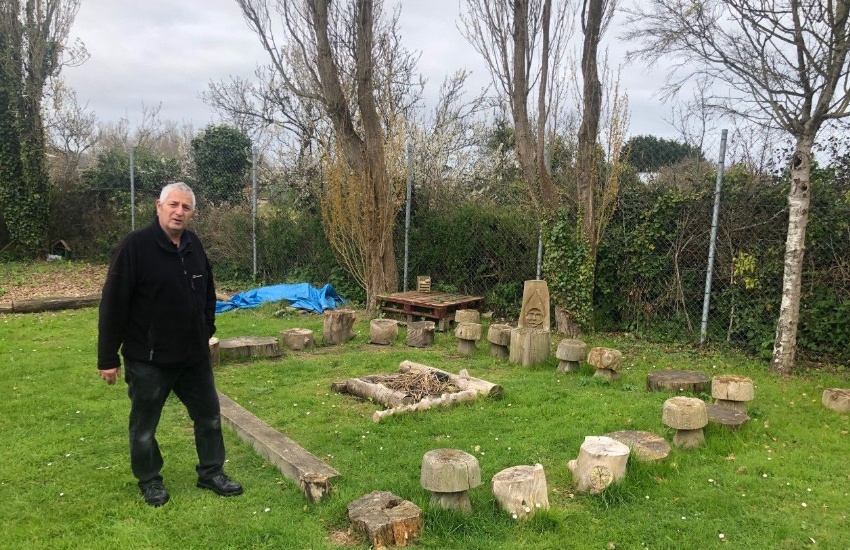 Pictured: Mr Martel maintains a firepit area for pupils at the school.

Mr Martel continued: “I come into work seven days a week because I need to check the chemical levels in the pool every single day for the kids. It can be a bit frustrating if, on a Sunday afternoon, there’s an issue and I’m there hours instead of half an hour, but you just have to ride the wave.

"The way I see my job is that I’m a cog in a wheel and if I can keep my cog turning then I’m doing my bit and that’s all everyone should be doing to help the wheel turn.”