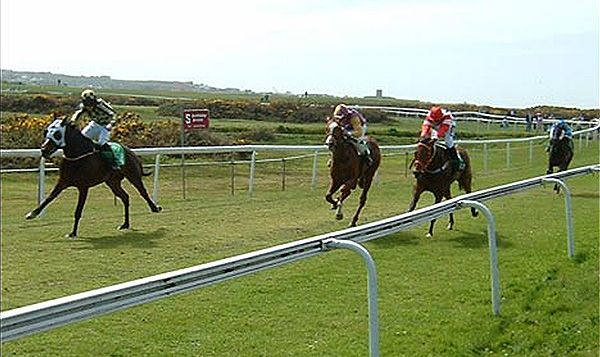 The Bank Holiday Monday races at Les Landes in Jersey have been cancelled, after a reported case of strangles in the island.

Strangles is one of the most common equine diseases in horses in the UK and it is highly contagious. It affects the upper respiratory tract with an infection caused by the bacteria Strep.

Guernsey's States Vet, David Chamberlain, offered advice via his Facebook page saying the strangles case in Jersey is "a good reminder to all horse owners to observe good biosecurity practices."

He said it is particularly relevent at this time of year "when there are high numbers of horse movements between the islands and the UK associated with competitions."

Mr Chamberlain said new horses coming to the islands should be blood sampled for strangles antibodies two weeks before movement. He said those antibodies are produced approximately two weeks following exposure to the bacteria and last up to six months so for that reason antibody tests would not be appropriate for horses returning to the Islands following a short trip away.

"Ideally new horses coming to the Islands should be kept in isolation facilities for two weeks before mixing with local horses," he said. "Isolation should be in a separate building or a separate field at least 10m, but preferably 25m, away from any other horses."

He added "isolation facilities must have their own colour coded equipment. Soiled bedding and uneaten food should be disposed of on a muck heap greater than 30 metres away from grazing/exercise areas, and water should be discharged to the sewer or septic tank to avoid cross-contamination.

"Protective clothing; disposable boiler suits, separate boots and disposable gloves, must be available at the entrance to the isolation facility and be disposed of properly by being double-bagged and taped shut. The outside of the bag should be disinfected before disposal."

With the races in Jersey cancelled, a number of horses from Guernsey which were  due to travel over to compete have been unable to. Future events are still scheduled to be held, including in June.

Pictured: File image of racing at L'ancresse Common in Guernsey

POPPY'S PEOPLE: "I can be my own worst enemy"