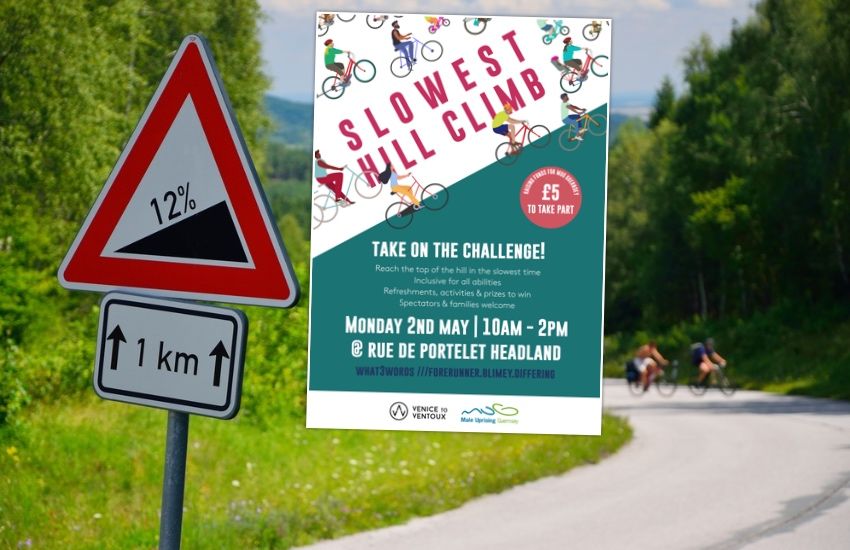 Islanders will have the chance to compete in the ‘slowest hill climb’ event next Monday to raise awareness of Venice to Ventoux, a 1000km, 8-day charity cycling trip across Italy and France in support of Male Uprising Guernsey (MUG).

The organisers say the event ‘flips the traditional format on its head’ in asking participants to cycle as slow as possible up the hill. The slowest time will win, but forward momentum must be maintained, and any feet placed on the ground requires a restart.

Any bike is welcome, from road bikes, pushangs, cargo bikes, e-bikes, juniors and more. On the day, there also will be activities for children and refreshments provided by Mim's Kiosk & The Offroad Coffee Company.

Entry is £5 per bike per race with all proceeds going directly to MUG as they seek to raise £5000 for the cross-country Venice to Ventoux trip next month. The idea for the trip came in late 2019 in memory of Nathaniel Jones grandfather who loved cycling.

Venice in Italy and Mont Ventoux in France were places his grandfather visited numerous times: this formed the outline for the route.

For the last two years, the pandemic had halted efforts but the easing of restrictions are now allowing the men to set out to complete this adventure.

The route will take them northwest from Venice through Verona, Bergamo and Lake Como via the Madonna Del Ghisallo. Then, heading down towards Turin and over the Alps towards Gap and finishing at Mont Ventoux. They aim to complete this route in 8 days. 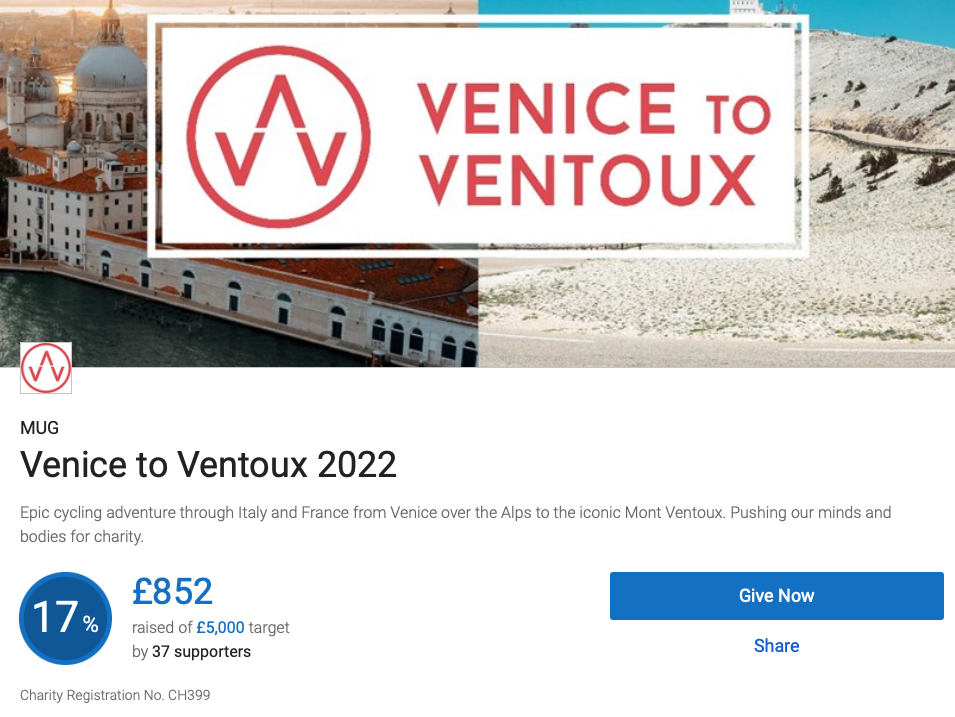 Pictured: MUG are hoping to raise £5000 for their cross-country cycling challenge next month.

Saxon Brewer-Marchant and Nathaniel Jones, of Venice to Ventoux, said: “MUG is an amazing local charity that raises awareness of male cancers and general wellbeing in Guernsey, causes that we both feel strongly about.

“As a charity, they have supported our tripfrom concept to planning and execution immensely. The idea of Venice to Ventoux came about after the passing of Nathaniel’s grandfather and a challenge like this isn’t something he could have undertaken alone."

They said, as part of fundraising initiatives, they wanted to create a brand-new cycling event for Guernsey as the number of cyclists increases.

“The Slowest Hill Climb started off as a bit of a laugh and after getting such positive feedback about the format, we decided it had to be done. We hope the event is well received and everyone with a bike comes down to give it a go”.

They added that islanders can follow their journey across the coming months through MUG’s social media accounts.

Ian Brown, of MUG, expressed gratitude at Mr Brewer-Marchant’s and Mr Jones’ commitment to the charity.

“They are undertaking a huge challenge with their Venice to Ventoux ride this June. It is a remarkable effort, which I’m sure will be very rewarding. The Slowest Hill Climb is a wonderful way to raise awareness on-island of their monumental challenge," he said.

“We encourage as many people as possible to go along and take part in the day - and to cheer the guys on when they undertake their longer mission on the continent in June."