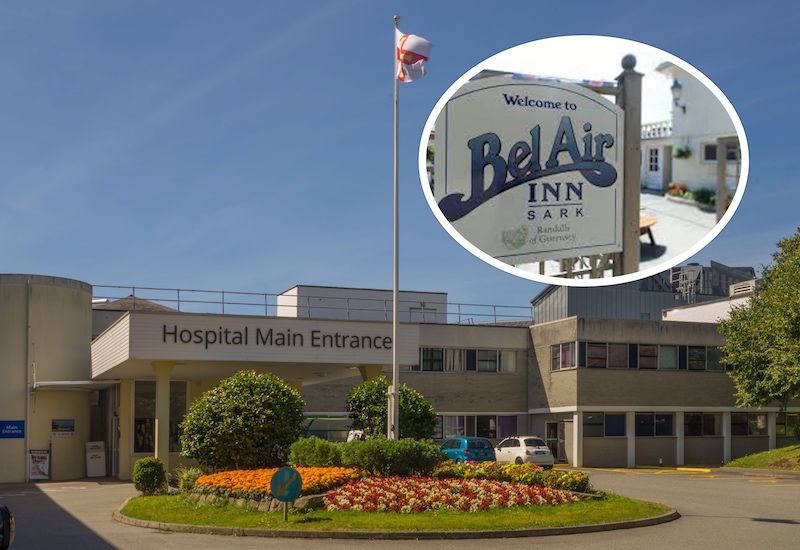 A 20-year-old was arrested over the weekend for seriously assaulting a fellow pub-goer at the Bel Air in Sark, who had to be flown over to Guernsey for an urgent knee operation.

A Spokesman for Bailiwick Law Enforcement said the assault took place at around 00:00 on Saturday 11 July.

“We are investigating a serious assault which took place in Sark on Friday night," the spokesman said. "The victim suffered a significant knee injury, required urgent medical evacuation from Sark to the Princess Elizabeth Hospital where he underwent an operation.

"Officers deployed to Sark on Sunday, and following extensive inquiries and taking multiple statements, arrested a 20-year-old male who was transferred with the officers back to Guernsey. Following questioning they have been released on bail.

"The assault took place in the Bel Air pub around midnight. We know there were plenty of people in the pub throughout the evening, and we want to hear from anyone who was there who has any information. Let us decide what is important, quite simply what might seem insignificant to you could be extremely useful to us."

Anyone with information is asked to call Guernsey Police on 725111 or contact Crimestoppers anonymously on 0800 555 111.

Pictured top: The Princess Elizabeth Hospital, where the victim was treated, and inset, the Bel Air Inn where the assault happened.