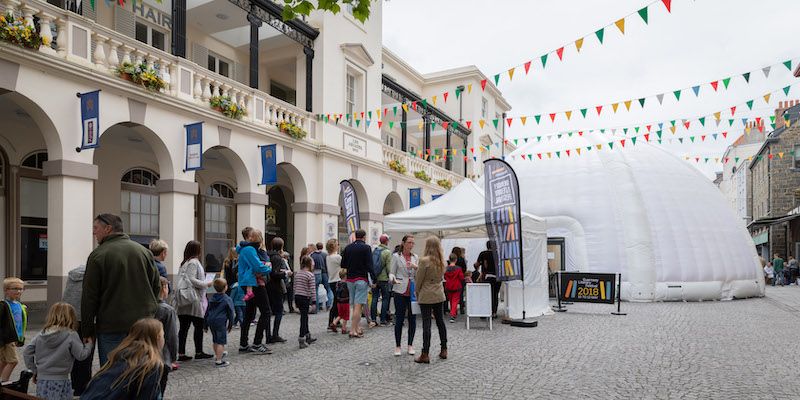 A new edition of 'A Wrinkle in the Skin', which was written and set in Guernsey, is being launched at the Guernsey Literary Festival.

Sam Youd wrote more than half of his 57 published novels whilst living in Guernsey under a number of pen names, including John Christopher and Hilary Ford.

His dystopian novel, The Death of Grass became the basis for the film No Blade of Grass and is still available today as a Penguin Modern Classic. Mr Youd also pioneered the young adult dystopian fiction genre with The Tripods series, which was written in Guernsey and later filmed by the BBC.

His children, Nick and Rose Youd are visiting the island next week and will be giving a talk about the author's time here before launching a new edition of one of his popular novels.

Mr and Ms Youd form part of The SYLE Press, which was established in 2013 with the aim of keeping Sam Youd's works in print. The book is being launched in association with Guernsey Walking Tours. 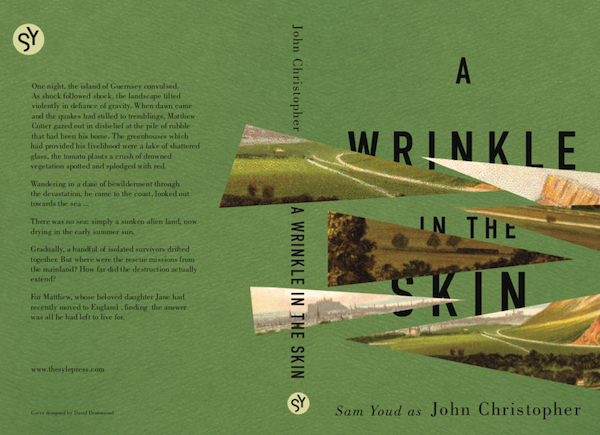 Pictured: The new edition of 'A Wrinkle in the Skin' which will be launched next week.

"We had been intending for some time to bring out a new edition of 'A Wrinkle in the Skin', which was still on sale worldwide in a previous edition and for which a film option has been in place for several years," said Ms Youd. "By complete chance, we learned that Guernsey Walking Tours were running a 'Wrinkle in the Skin' tour and when we got in touch with Keith Pengelly and Dennis Le Prevost they were enthusiastic about the possibility of our bringing out a new edition sooner rather than later."

Sam Youd lived in Guernsey between 1958 and 1976 and also took particular inspiration from the island for his first gothic romance, 'Sarnia' under the pen name Hilary Ford.

"I read somewhere," he once said, "that I have been cited as the greatest serial killer in fictional history having destroyed civilisation in so many different ways - through famine, freezing, earthquakes, feral youth combined with religious fanaticism, and progeria."

'John Christopher in Guernsey' will take place at 13:00 on Friday 3 May at the Guille-Allès Library. Tickets are free and are available here.