Potential liabilities faced by taxpayers on behalf of the Public Trustee have surged beyond £3m., as the Office's long-running legal battle against the former trustees of a failed pension fund shows little sign of winding down.

The States of Guernsey covers the liabilities incurred by the Office of the Public Trustee in the form of an annual grant that funds its legal costs - with Economic Development President Neil Inder admitting last month that the sums involved in current proceedings are "really scary".

Economic Development has previously told Express that the outstanding debts are "in line with expectations and consistent with the cases being managed."

An amount "exceeding £100,000" was recovered during 2020 and a order has been made for the payment of another sum in the region of £300,000, however directions for larger-scale cost recoveries are yet to be issued. 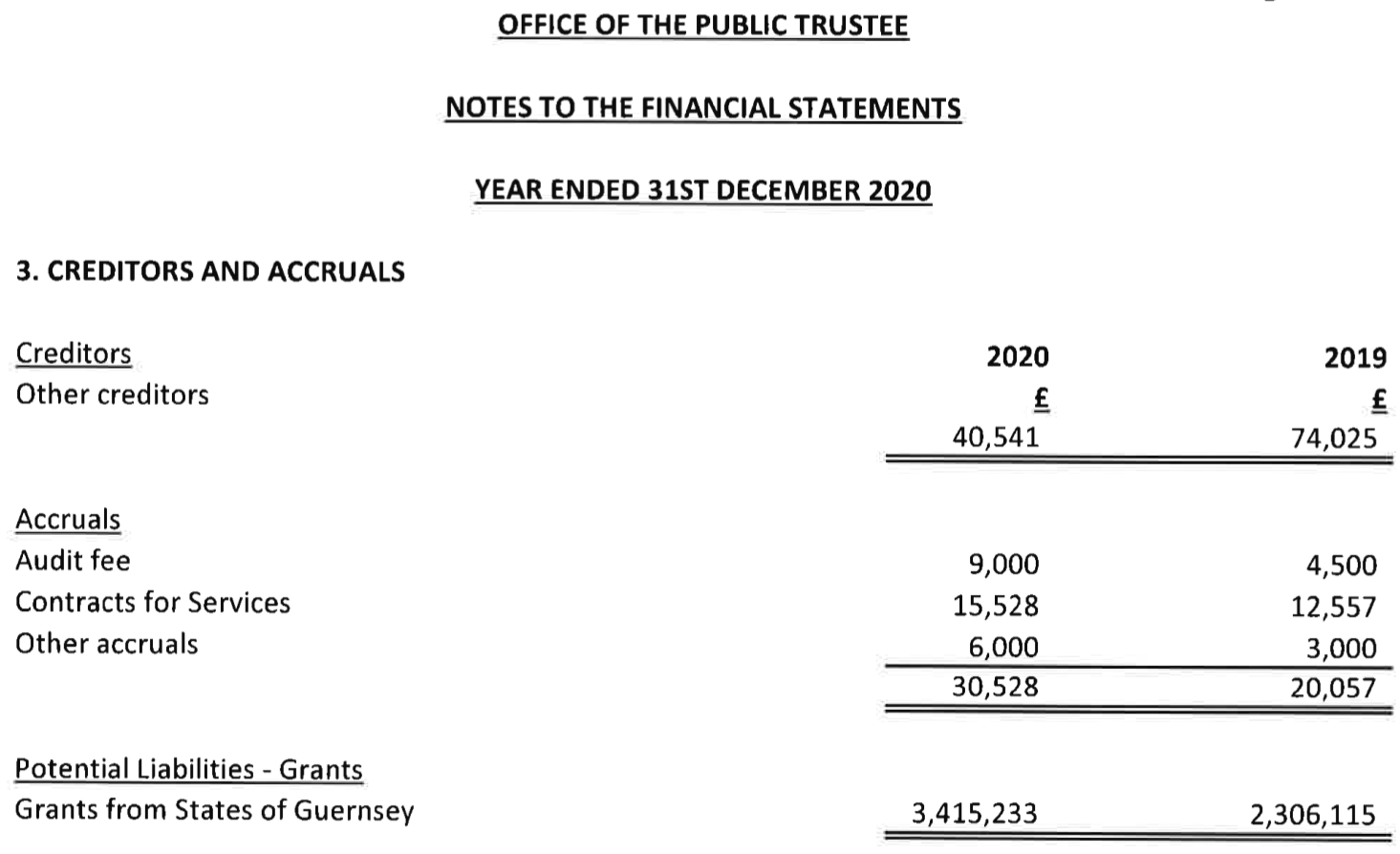 Pictured: The Public Trustee's accounts for 2020 show the potential liabilities in the form of grants from the States of Guernsey.

The Public Trustee remains in the throes of complex legal action which has been subject to appeals and counter-applications.

"Judgments of the court are awaited in relation to orders sought as to provision and release of information relating to the schemes while under the trusteeship of the former trustees," said the Public Trustee, Luis Gonzalez.

"It is anticipated that further court proceedings in the account application will continue in 2021 (and beyond) and that the OPT will therefore continue to require and receive funding, in respect of the costs and expenses arising in relation to the IXG Schemes, in particular, legal expenses."

A costs order against a defendant connected with the former trustees for an amount "exceeding £300,000" has been successfully registered in the High Court of England and Wales.

This will enable future enforcement action “as and when appropriate”. The long-running case is awaiting resolution on numerous orders and Mr Gonzalez says there is a continuing need for legal representation.

“As previously reported, matters relating to the IXG Schemes have continued to constitute the vast majority of the case management activities of the OPT,” he added. 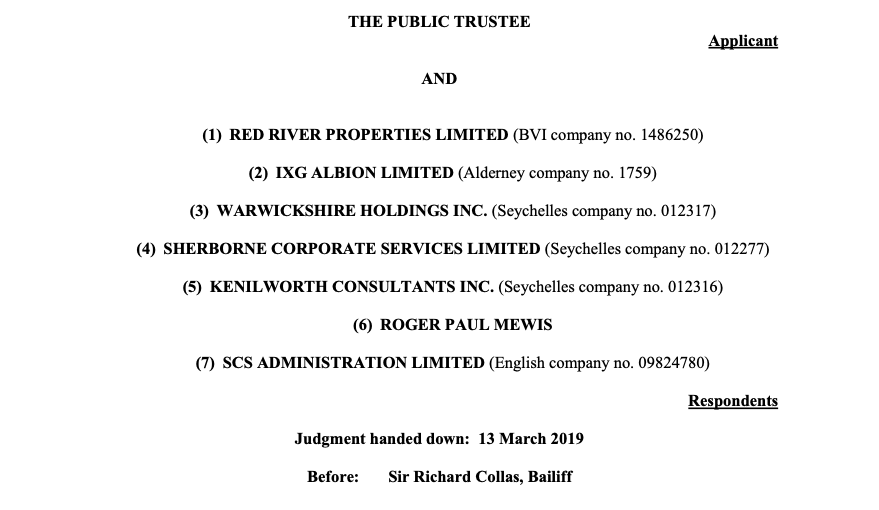 Pictured: The now-retired Bailiff, Sir Richard Collas, issued judgment in favour of the OPT in proceedings brought against the former trustees, associated companies and a named individual last year. That judgment - which can be read HERE - ordered the transfer of ownership of a UK-based property from Red River Properties & Others to the Public Trustee.

He continued: “Further IXG court proceedings were issued by the Public Trustee in the Royal Court of Guernsey in June 2020. The account application encompasses a number of distinct stages and seeks orders necessary for eventual resolution of the schemes.

“Following various hearings during the second part of the year, decisions of the Royal Court were received in relation to a number of counter-applications made by the former trustees of the schemes and individuals associated with them. None of these counter-applications were successful.”

Asked about the ongoing costs that taxpayers are being exposed to, Deputy Neil Inder said his Committee is looking at ways to move the financial risk of the Office of the Public Trustee away from taxpayers' money, which could mean moving the function of the PT to an industry body.

“As soon as you get a very extreme version of a very serious case the figures become really scary,” Deputy Inder said last month. "We can only listen to the advice given to us. Right now we are right in the wheel of it and hope that the costs being expended by the taxpayer can be recovered through the assets within the trust."

New Public Trustee to be appointed