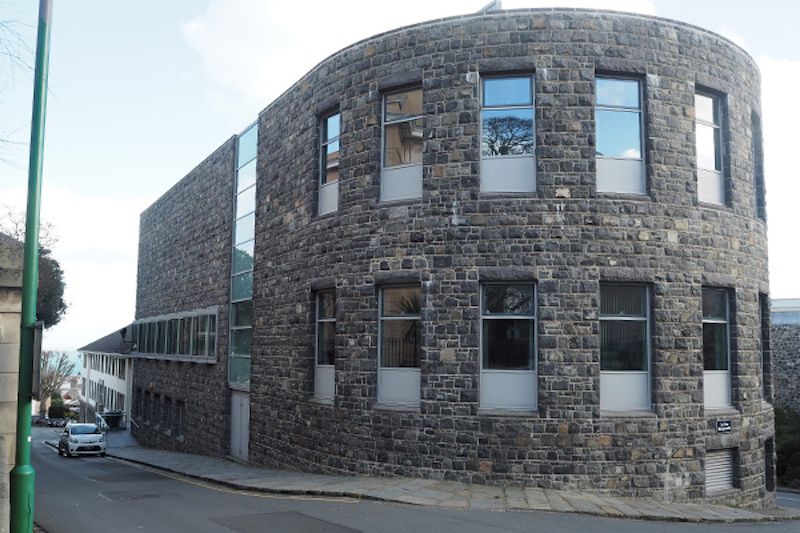 Millions of pounds of public money have been pumped into legal proceedings against the former trustees of a failed Guernsey-based pension scheme.

The States of Guernsey covers the liabilities incurred by the Office of the Public Trustee in the form of an annual grant that funds its legal costs.

Money that is recovered from trust structures within the responsibility of the Public Trustee are repayable to the States. However, latest official documents show that the Office recovered only £52,835 in 2018 - around 7% of the £708,652 initially forecast - compared to a States outlay of £1,499,332 that year.

The annual grant increased further to £2,306,115 in 2019 to cover potential liabilities, as legal proceedings ramped up against the trustees of the collapsed Guernsey-based IXG Scheme.

Economic Development told Express that the outstanding debts are "in line with expectations and consistent with the cases being managed."

"Matters relating to the IXG Schemes have continued to constitute the vast majority of the case management activities of the OPT," said Public Trustee Luis Gonzalez.

Pictured: The Office of the Public Trustee received £2.3m in public money in 2019 in order to cover any potential liabilities.

"Pending conclusion of the investigation and other steps being undertaken pursuant to the orders of the Royal Court, the PT intends to continue to refrain from public commentary.

"Having said the above, and particularly in light of the fact that it is anticipated that the OPT will continue to require and receive funding from the Committee in respect of the costs and expenses arising in relation thereto, it is reported that the [now retired] Bailiff of the Royal Court in Guernsey [Sir Richard Collas] issued judgment in favour of the PT in certain proceedings previously brought against the former trustees, associated companies and a named individual."

That judgment - which can be read HERE - ordered the transfer of ownership of a UK-based property from Red River Properties & Others to the Public Trustee, as part of the Office's ongoing and "complex" litigation and seizure of assets in relation to the IXG Scheme.

Mr Gonzalez confirmed: "It is anticipated that, as previously reported to the Committee, further court proceedings relating to the IXG Schemes will arise."

A statement from the Office of the Committee for Economic Development - which oversees the work of the Public Trustee - said the current funding levels are "not unexpected" and that recovery of costs often follow years after legal costs are incurred.

Pictured: The Office of the Public Trustee originally expected to recover more than £700,000 in 2018. It ultimately ended up recouping just over £50,000 and needed a £1.5m grant from the States.

"Especially in complex, illiquid cases and those involving legal proceedings, any recoveries that can be made are likely to be some time after necessary costs have been incurred, and after approval by the Court," said Economic Development.

"Accordingly, the Law makes provision for loans or grants to be made available to the OPT by the States of Guernsey in order to enable it to carry out its statutory functions and legal obligations. Also, because of the complexities around these legal proceedings, which are not unusual given the nature of the OPT’s work, the timeframes for resolving cases can vary."

Figures for the last five years could not be provided, with Economic Development saying that the rolling nature of the OPT’s work means "there is no such thing as a ‘final grant’".

Asked for an explanation for why the grant increased by £800,000 from 2018 and 2019, Economic Development replied: "The requirements for the OPT at any one time will depend on the complexity and timeframes of the cases and legal proceedings it is dealing with. It is therefore expected that the level of grants will vary, sometimes significantly, from year to year."

On the current balance sheets, the government department said: "For the OPT, the annual Accounts reflect where it is a certain point in time in its rolling process of recovering costs as it resolves cases, but does not reflect performance against a set annual budget. Currently, the OPT is dealing with complex cases and the recovery of costs is dependent on ongoing legal proceedings.

"Oversight is in place, provided by the Committee for Economic Development. But it should be made clear the OPT’s financial position in the States Accounts is not a concern or the result of an error, it is in line with the expectation given the rolling nature of the work of the OPT."

Mr Gonzalez, an experienced lawyer, was appointed as Public Trustee in May 2018, replacing Catherine Rowe, who resigned from the position in November 2017 following the confirmation that the Office of the Public Trustee had paid Ferbrache and Farrell £300,000 out of public funds.

Deputy Peter Ferbrache, a consultant for the law firm which bears his name, was President of the Committee at the time, however he was cleared of any knowledge or wrongdoing of the payment following an internal review.

"Another hurdle to overcome" - Age Concern responds to cashless payments