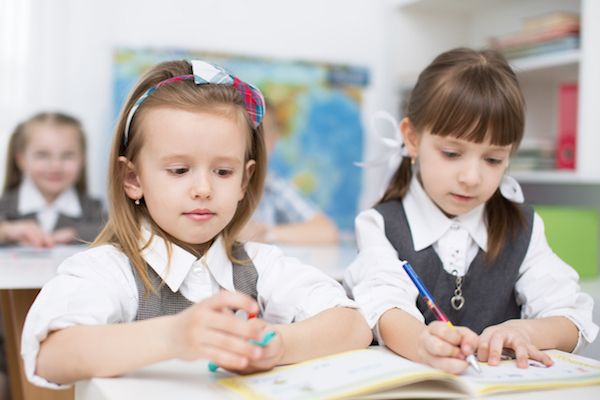 We may have only just seen photos of hundreds of children standing proudly at their front door, heading off for their first day at school - but it's already time to think about the next cohort of primary school pupils who'll be starting next September.

Registration opens today for all children due to start primary school in September 2019.

Parents and carers in Guernsey and Alderney can now register their children for a place at their catchment Primary School, or directly with either of the Bailiwick's two Catholic Primary Schools, before Friday 14 December. 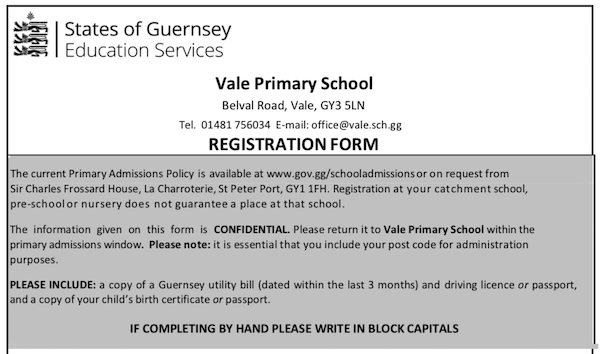 Anyone wanting to register their child for a place at primary school starting September 2019 will have to fill in a form similar to the one above which was on gov.gg for the September 2018 intake.

Any child who is registered for a primary school place after 14 December won't be guaranteed a place at their catchment school as those who are registered within the timeframe given will be given priority when places are allocated. Places will be announced in April.

All children who reach the age of 5 before 1 September in any particular year are required to attend school, or to receive alternative education provision, from the beginning of the next academic term unless they are exempt under the law.

It is the law that all children have to be given a formal education when they turn five. That can be through one of the island's schools or through home educaton.

Any child who turns four on or before 31 August may also start school from the beginning of the academic year if spaces are available at the school.

Application forms for each primary school are available at gov.gg/schooladmissions as well as from each school. Catchment areas are also listed online at gov.gg/catchmentareas.

Any parent wanting an out of catchment school placement has to apply to their catchment school regardless, and also send a PC-OCAS request form to the Education Office. Further information is available at gov.gg/schooladmissions.

Any questions can be called through on 733000 during office hours or emailed to schooladmissions@gov.gg.