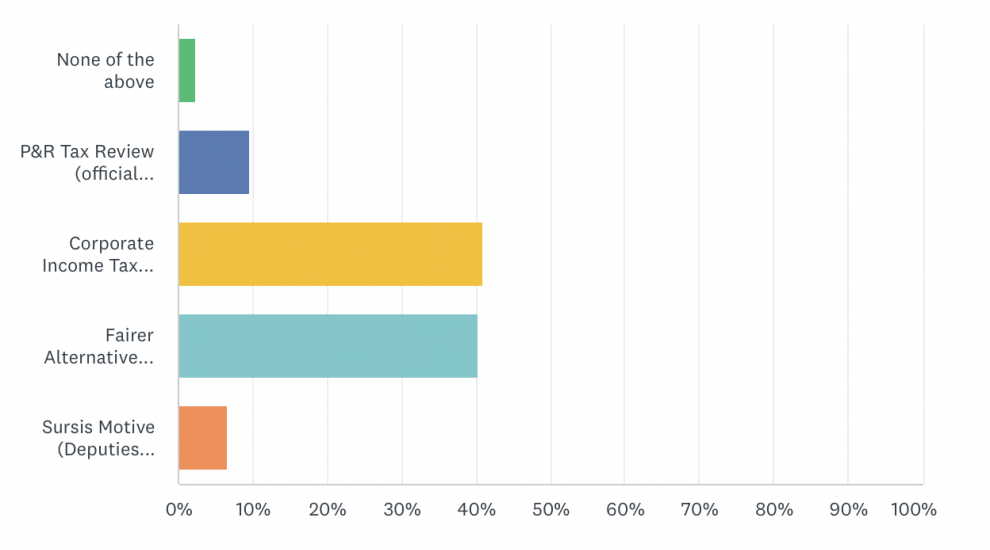 A straw poll of islanders run by Bailiwick Express has found support for amendments against the Tax Review proposals far outstrip support given to the original plans.

Led by Policy and Resources, the policy letter to be presented to the States for debate this week suggests changing the way income tax and social security are collected, as well as introducing a goods and services tax at 5%.

In a simple poll, just asking which of the main amendments or the policy letter would you support, the P&R proposals have received less than 10% of the votes so far.

By contrast - support for the amendments laid by Deputies Charles Parkinson and Liam McKenna and Deputies Heidi Soulsby and Gavin St Pier was split at around 40% each.

Express has written extended articles on the policy letter, and the substantive amendments pitched as an alternative to P&R’s tax and social security package as well as on the other amendments.

Among the additional comments posted in response to the survey the majority said they would support a combination of the Parkinson and Soulsby amendments as opposed to the P&R plans.

You can still have your say on our poll until tomorrow when the debate starts: