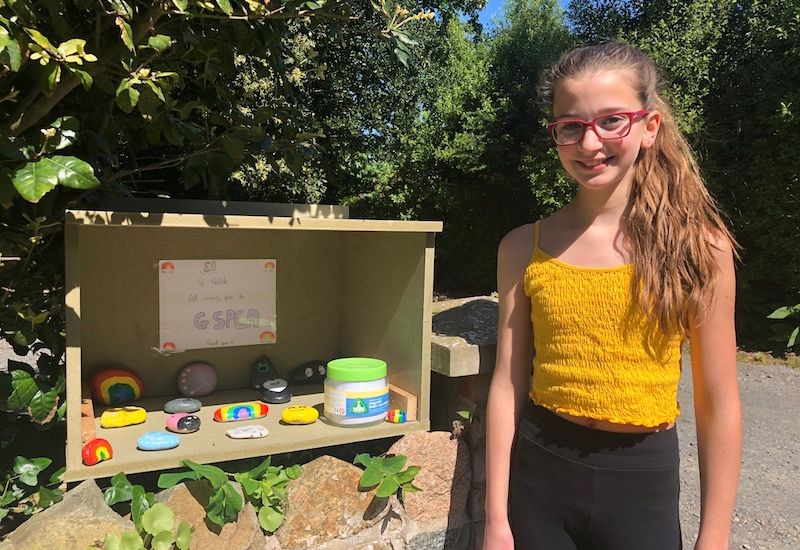 An 11-year-old girl has donated £160 to the GSPCA, made up of money she raised selling painted pebbles as well as some of her own pocket money.

Phoebe West set up her own 'hedge veg' stall during lockdown, where she sold her artworks to passers-by.

The Blanchelande pupil recently donated her profits to the animal charity and was invited up to the shelter to meet with Manager, Steve Byrne.

"I wanted to raise money during lockdown and chose the GSPCA because I wanted to help the animals," Phoebe explained. 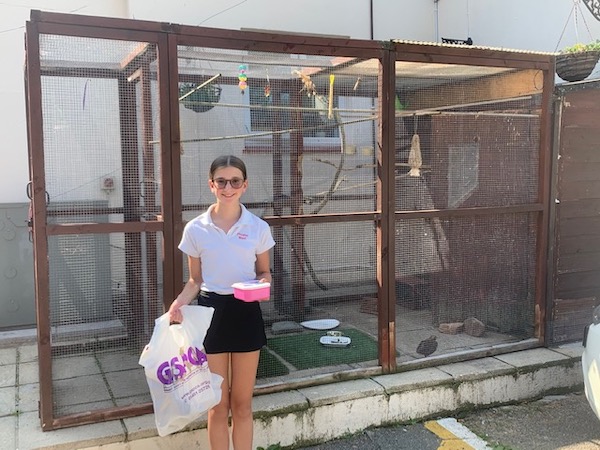 Pictured: Phoebe was invited to the GSPCA.

"I love to dance and cuddle my two cats, Alfie and Sydney - Alfie came from the GSPCA. I enjoyed panting the pebbles during lockdown as it kept me busy and I love art."

The charity presented Phoebe with a gift bag to say thanks for her efforts.

"At such a young age, to do something that makes such a difference during such an incredibly difficult time is truly amazing," said Mr Byrne. 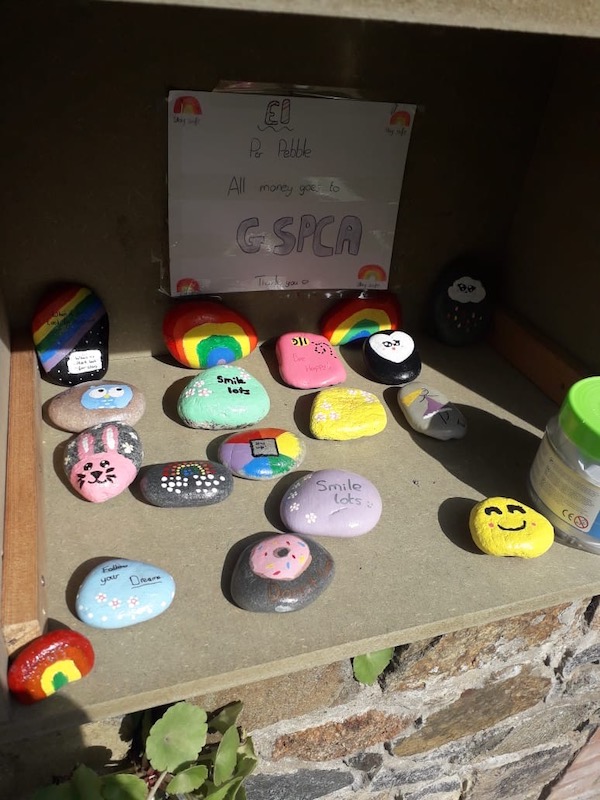 Pictured: Some of Phoebe's painted pebbles.

"With running costs of £2,000 a day, raising the funds to keep the shelter going is a daily challenge and without kind supporters we could not carry out our around-the-clock work. Even though we are in Phase Five, there are still truly incredibly difficult days for the GSPCA, as it us for many charities.

"Heroes like Phoebe help make a real difference and we cannot thank them enough."