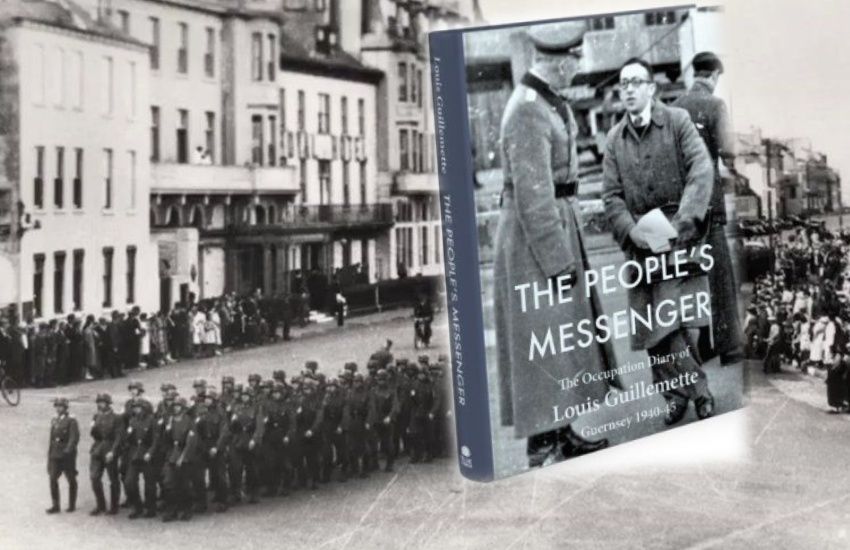 Arguably the most important and revealing diary kept during the German Occupation of the islands is to be published shortly.

Louis Guillemette was a key official serving the Controlling Committee, which ran the States during the Occupation, and became the main interlocutor between Guernsey’s leaders and the German civil administration. His diary is described by his daughter as “the real unadulterated version” of that extraordinary period in the island’s history and by actor and historian John Nettles as “the best of the best of Occupation diaries”.

The diary has remained private for nearly 80 years but will be published on 11 May in The People’s Messenger, a book put together by local publisher Blue Ormer.

“For anyone interested in the Occupation, Louis Guillemette’s diary will be fascinating. It makes a significant new contribution to the study of this period,” said publisher Steve Foote.

“No other individual at the heart of the island’s government for the duration of the Occupation has left a personal account of their experiences.

“Not only does it describe some of the impossible choices faced by the Controlling Committee – and their subsequent deliberations of how to stand up to the Occupying Forces – it also presents a heart-warming personal account of a newly-married couple, their family and friends and the birth of their first child.” 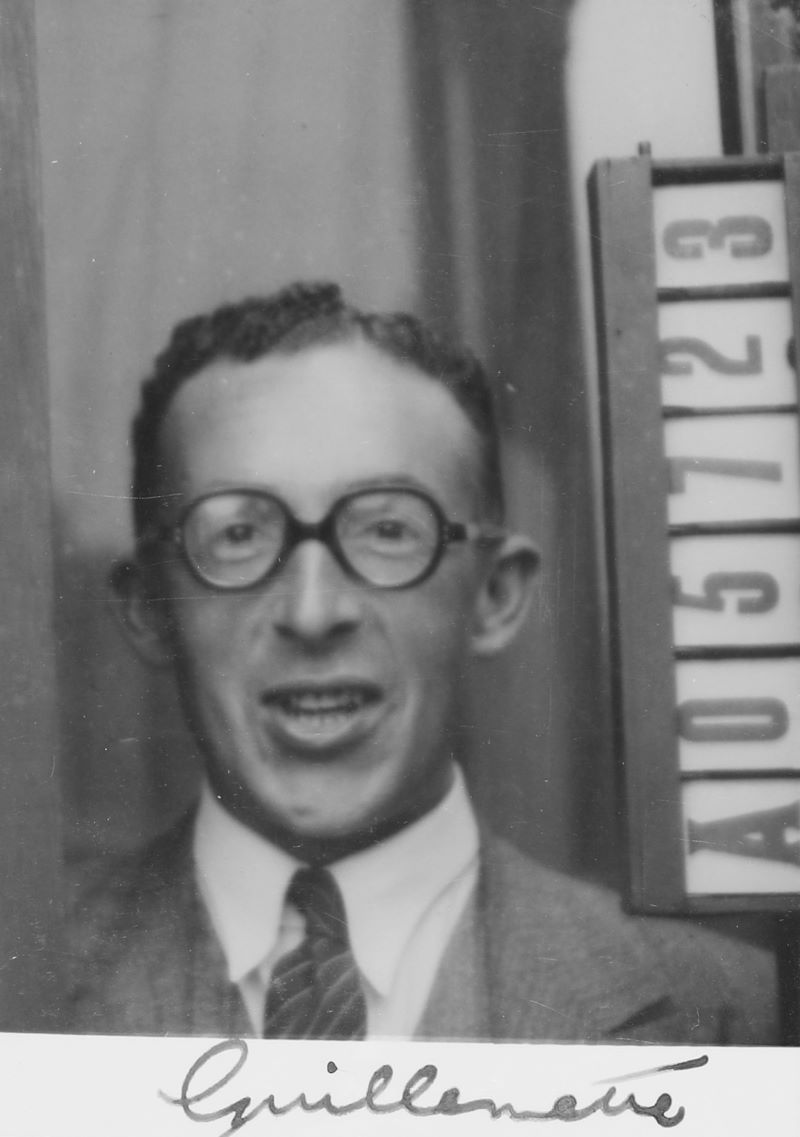 The diary starts with a summary of 1940, the year in which the Occupation began, and resumes in 1942 with regular entries until the week before the Occupation ended in May 1945.

The inside flap of the book reads: “From the disputes over German requisitions of houses and radio sets to the increasingly tense negotiations over deportations and food and fuel rations – Louis’s diary complements the official records of these meetings.

“In each entry, he recorded what was going on behind the scenes, the news he had heard on his forbidden radio, as well as his activities with his wife Queenie, family and friends as they strove to survive and distract themselves from the challenges which the Occupation brought to their domestic and social lives.”

Publication was instigated by his daughter, José Day.

“I am thrilled that my father’s diary is at last being published,” said Mrs Day. “Louis and Queenie were my doting and caring parents when I arrived at this difficult time, in August 1942.

“This diary will appeal to anyone who wants to read the real unadulterated version of the German Occupation of the Channel Islands, 1940-1945.” 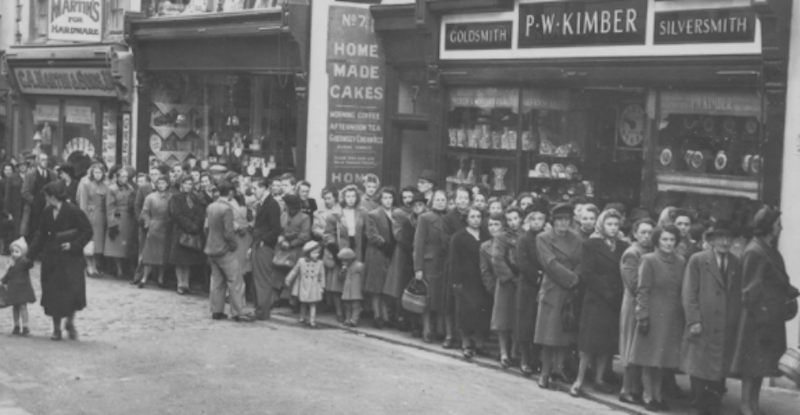 Pictured: Louis Guillemette's diary is an insider's account of the administration of the island under Occupation and of the experiences of its people living through such an extraordinary period.

Mrs Day and Mr Foote worked closely with former H M Greffier and Occupation historian Ken Tough to bring The People’s Messenger to fruition. Mrs Day has written a personal and moving foreword and Mr Tough has written an extensive introduction and footnotes. Mr Foote said that working with his colleagues has been “a privilege and a joy”.

The book is being launched on 11 May at the Duke of Richmond Hotel with an event which is part of this year’s Guernsey Literary Festival. A talk presented by Mrs Day and Mr Tough will also include a contribution from former Bailiff Sir de Vic Carey, grandson of Victor Carey, who was Bailiff during the Occupation.

“Louis Guillemette relates the inside story of how the government of our small island responded to German Occupation, showing how perseverance in negotiation with an omnipotent enemy helped Guernsey survive. He also depicts a young couple enduring adversity and enjoying their firstborn,” said Sir de Vic.

Mr Nettles said the diary was written “with such engaging intelligence, insight and humanity as to make it a very special work indeed” and that it was “fascinating to read, impossible to overestimate [and] has to be the best of the best of Occupation diaries”.

It will be available in bookshops from 11 May and can be pre-ordered by clicking HERE. 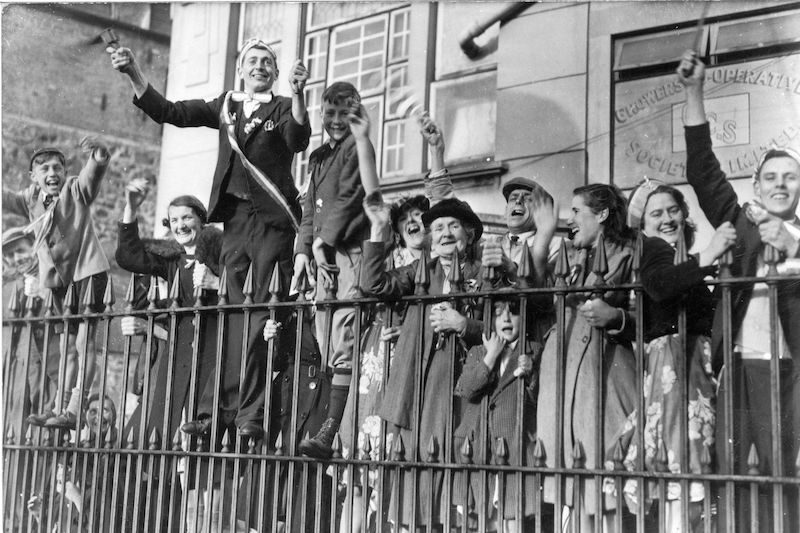 Pictured: Louis Guillemette's diary runs until a week before this photo was taken on Liberation Day - 9 May 1945.

Louis Guillemette OBE (1910-1977) was born in Guernsey and educated at the States’ Intermediate School and later was awarded a scholarship to Elizabeth College.

On leaving school, he joined the civil service of the States. At the outbreak of World War Two, he was Assistant Secretary to the Bailiff. When the States established the Controlling Committee in 1940, he was appointed Secretary to its President, a position which he held throughout the Occupation.

In 1948, he was promoted to States' Supervisor, the head of the civil service, and continued in this role until his retirement in 1975.

He was a keen sailor and talented musician.

He died of a heart attack aboard his beloved boat, Albatross, in 1977 at the age of 67.