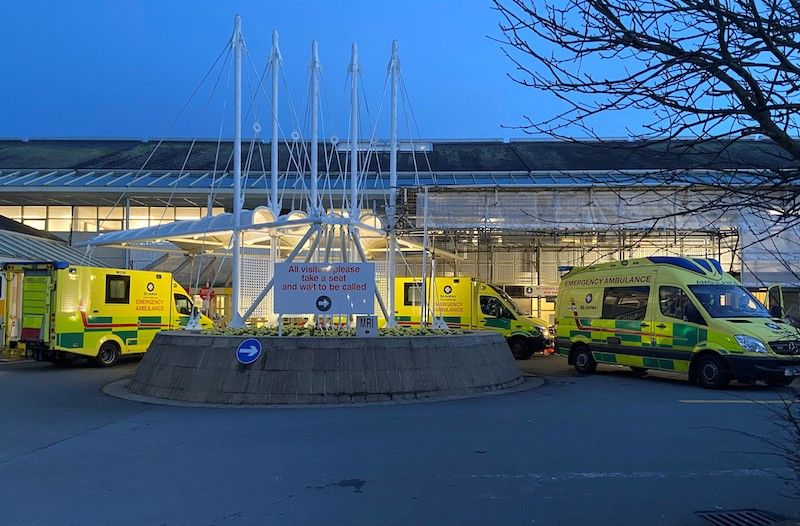 A pedestrian involved in a collision with a vehicle last night received paramedic treatment before being taken to the Emergency Department.

Emergency services were called to the scene along Les Banques around 22:00 and the road between the Admiral Park Traffic Lights and the junction leading into Le Grand Bouet was closed by attending officers.

St John Emergency Ambulance Service said a pedestrian had been involved in a collision with a vehicle.

They were given initial treatment by a paramedic at the scene before being transferred to the hospital for further care.

No comment has been made on their condition or any injuries sustained.

It was one of 19 incidents attended by the emergency ambulance on Wednesday.

Many will also have heard involving the coastguard helicopter overhead at around midnight, which was attending a medivac in Alderney.