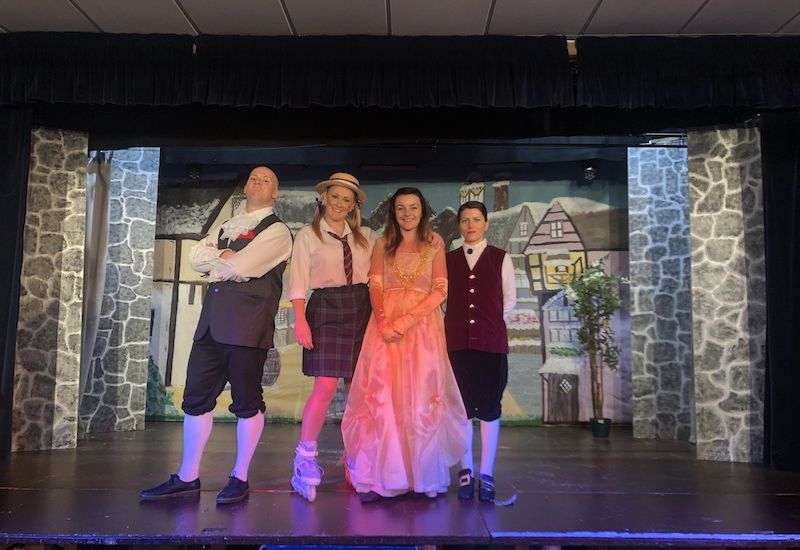 Guernsey is in for a month of festivities, with the first of this year's pantomimes opening its doors to the public this evening and many more yet to come.

The St Stephen's Players begin their run of 'Beauty and the Beast' today, following a sold out charity performance last night.

The performance will take on a traditional, family-based style and will celebrate 60 years of the group's existence.

"It's a lot of fun and laughter and audience participation - a classic panto," said Director Diane Teehan. "We started at the beginning of September and the cast have been working really hard. 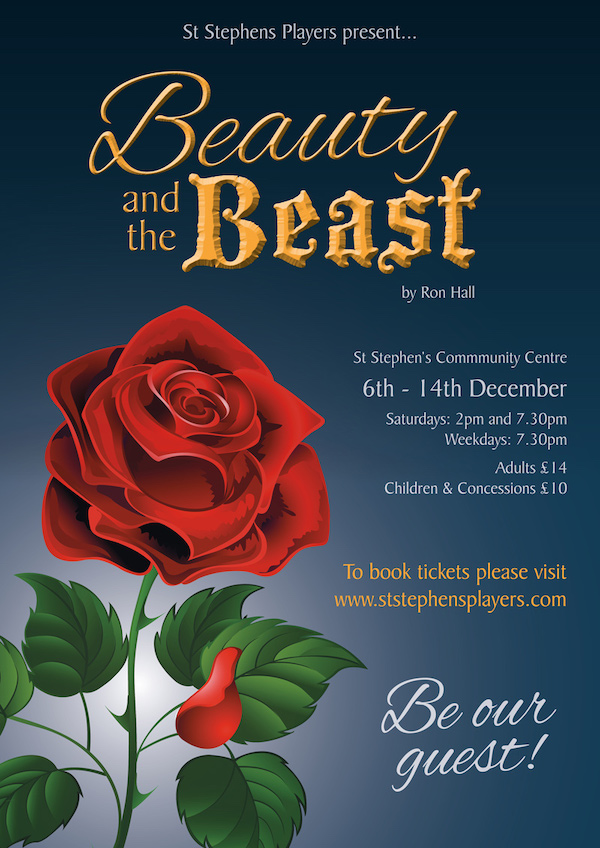 "The whole group feels like a big extended family. They've all been wonderful and they've all been able to change and adapt. Everyone has added their own ideas, so it's really a group production.

"It's warm, it's friendly, and the audience and the cast are in it together. I used to bring my children when they were little and it was always, to me, the start of Christmas."

The show has returned to the group's local community hall and tickets are still available on the St Stephen's Players website, costing £14 for adults and £10 for children.

"You can see the audience straight in the eyes," added Chairman Chris Dragun. "It's not like the big stage with lights where you can't see anyone, so we've got quite a lot of interaction with the audience and making them part of the show.

"Come along and support us! We don't do it for profit, we do it to give enjoyment to people and I think we achieve that. We would love to see people come along and bring the whole family." 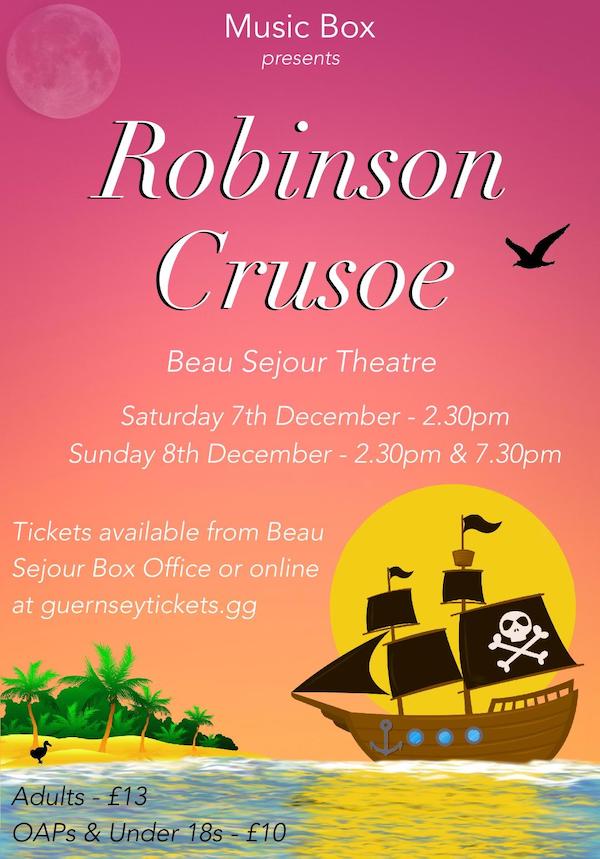 The festivities don't stop there though, with Music Box's 'Robinson Crusoe' getting underway at Beau Sejour tomorrow. More than eighty students and special guests will join together for the show, which has been written by Keith Mitchell and directed by Peter Mitchell.

It follows the story of a young man on his search for a dodo who, after months at sea, finds himself deserted on an island inhabited by cannibals. In true panto fashion, audience members can expect to meet lots of characters along the way, accompanied by a live band. Tickets are available here. 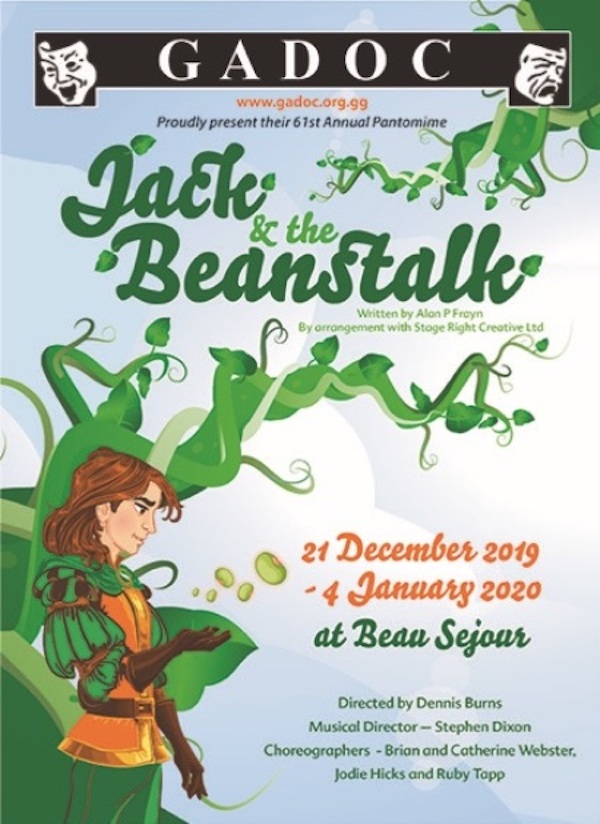 Following that, GADOC will return to the stage for their 61st annual Christmas extravaganza which begins on 21 December and runs into the New Year. 'Jack and the Beanstalk' will follow the hero, his widowed mother and a comedic duo as they attempt to rescue Princess Charlotte from an evil giant.

The show will be packed with family fun including singing, dancing and, of course, a tap dancing cow! Tickets are available here. 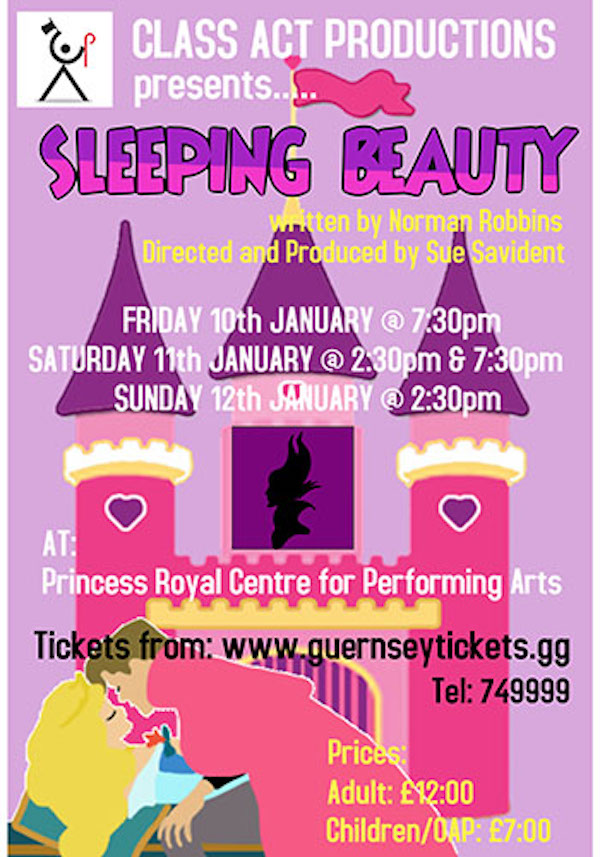 Finally, Class Act will kick off the New Year with their take on 'Sleeping Beauty' which will run from 10 to 12 January. Audiences will delve into the land of wicked fairies and beautiful princesses, time travel and court jesters. The Performing Arts Centre will be home to the show for four performances, with tickets available here.

Pictured top: Some cast members in 'Beauty and the Beast'.