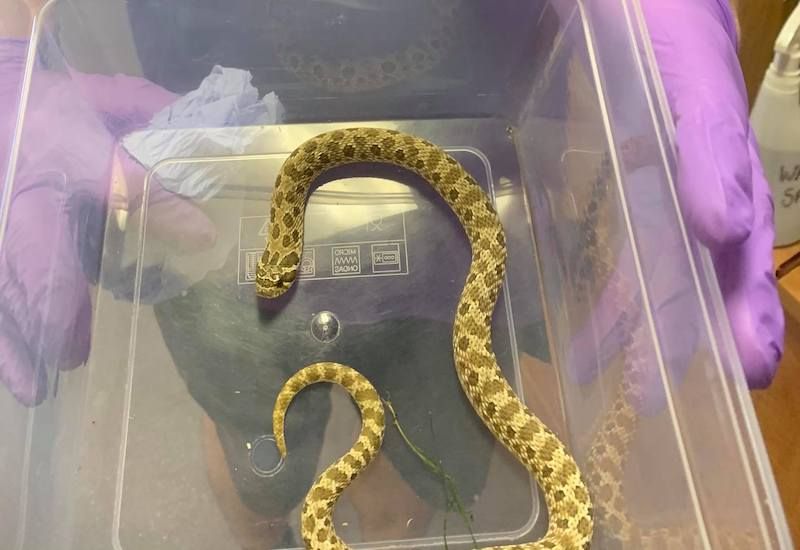 A couple and their son had a shock while walking their dog, as they encountered a stray hognose snake near the Halfway filter.

Now safe at the GSPCA, the non-indigenous reptile is being housed in one of the shelter's vivarium’s until it can be re-united with its owner.

The strange encounter of a reptilian kind took place in the grassland adjacent to the filter yesterday.

The GSPCA were called and collected the 35cm long snake, which is assumed to be a stray.

“The snake was brought in by a couple with their son that were just out walking their dog near the Halfway filter on the seafront," said GSPCA Staff Member Seb Gorman.

“They were really shocked to find the snake and when we told them that we do see quite a few stray reptiles each year.” 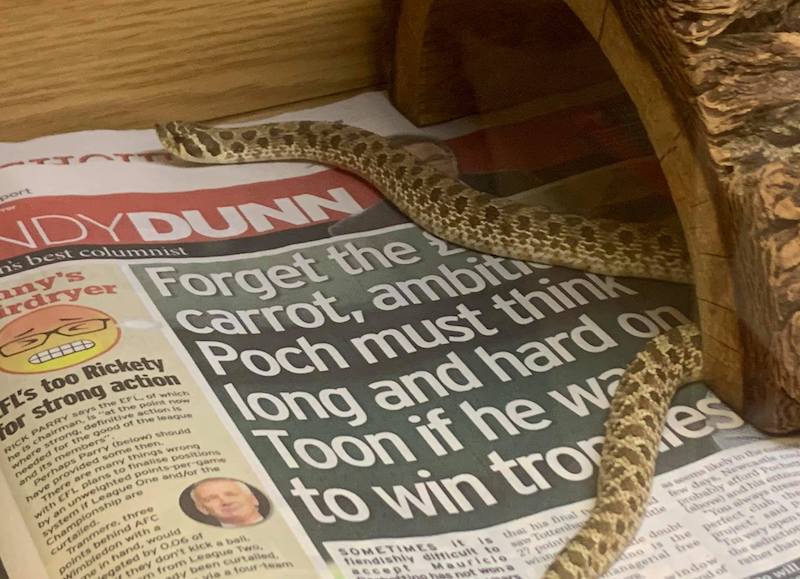 Pictured: Halfway the snake is currently housed in one of the shelter's vivariums.

GSPCA Manager Steve Byrne wants to re-unite the snake with its owner as soon as possible.

“This time last week was World Snake Day and every year we see many snakes come through our care," he said. “We have called this little guy Halfway and he is now doing his 21 'stray days' in line with the Guernsey Animal Welfare Ordinance 2012.”

“If anyone has any information please call us on 01481 257261. We ask all owners coming to claim stray animals to bring proof of ownership such as photos of their pets.”

Currently, the only reptiles in need of a home at the GSPCA are musk turtles, however, the shelter has lots of other animals in need which can be seen by going to https://www.gspca.org.gg/animals.

Poisoning of peregrines "puts all birds of prey at risk"