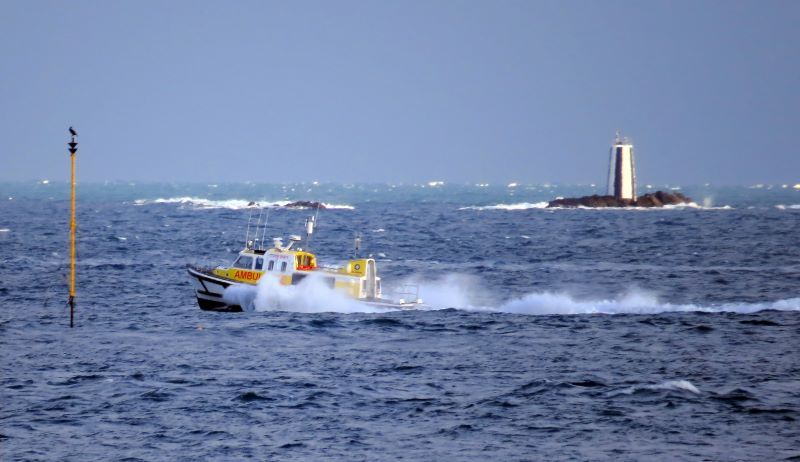 At around 14:30hrs, a paramedic and emergency care assistant were sent to Alderney for a patient who required transfer to Guernsey.

The Flying Christine III arrived at Braye Harbour at just before 15:30hrs. The crew was met by a medical team from Alderney’s Mignot Hospital. The marine ambulance was back in St Peter Port by 17:00hrs and the patient was then sent to the Princess Elizabeth Hospital for further treatment.

While the Flying Christine was committed on the Alderney case, the Emergency Ambulance Service received a call from the Sark doctor to respond to a patient with a medical condition which required care in Guernsey.

The RNLI St Peter Port lifeboat, Spirit of Guernsey, was assigned to the incident as the relief vessel and transported a paramedic and emergency medical technician to Sark to collect the patient.

The crew was met at the harbour by the Sark doctor and the patient was transferred to the lifeboat for the return crossing to Guernsey. On arrival at St Peter Port harbour at just before 16:00hrs, the patient was taken by waiting road ambulance to the Emergency Department at the Princess Elizabeth Hospital.

A spokesman for St John said: "We would like to thank the crew of the St Peter Port lifeboat for their assistance with the mission to Sark, as well as the volunteer boat crew of the Flying Christine III.

"The Alderney case was one of four deployments for the St John marine ambulance so far this month and one of more than 50 cases for the Emergency Ambulance Service to the other islands of the Bailiwick so far this year."