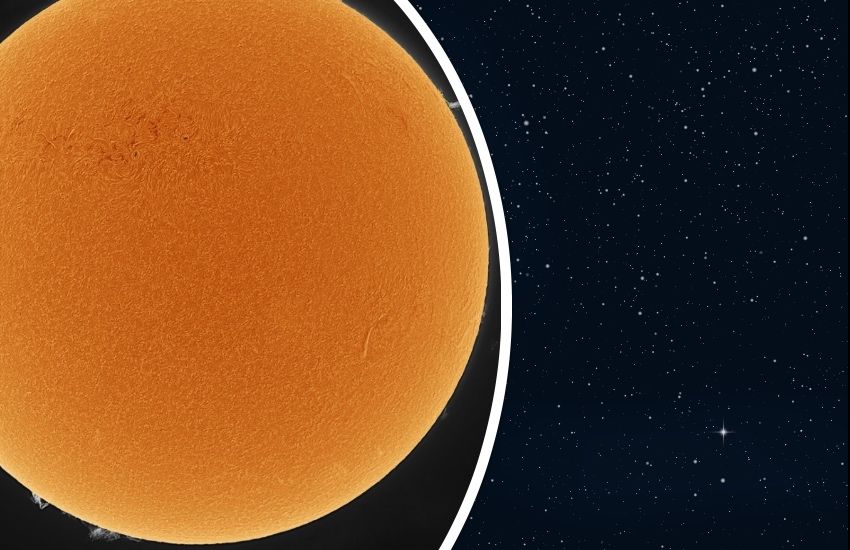 La Société Guernesiaise has released a photograph of the sun taken this weekend to encourage islanders to look at the night sky.

“We have had some really beautiful clear skies recently that allowed us to capture this image of the sun,” she said.

The image, taken on 26 February, shows the sun’s chromosphere, which is a layer in the sun between 250 and 1,300 miles above the solar surface.

The image was taken with a solar telescope fitted with multiple internal filters which only let through the light at a wavelength of 656.28 nanometres. 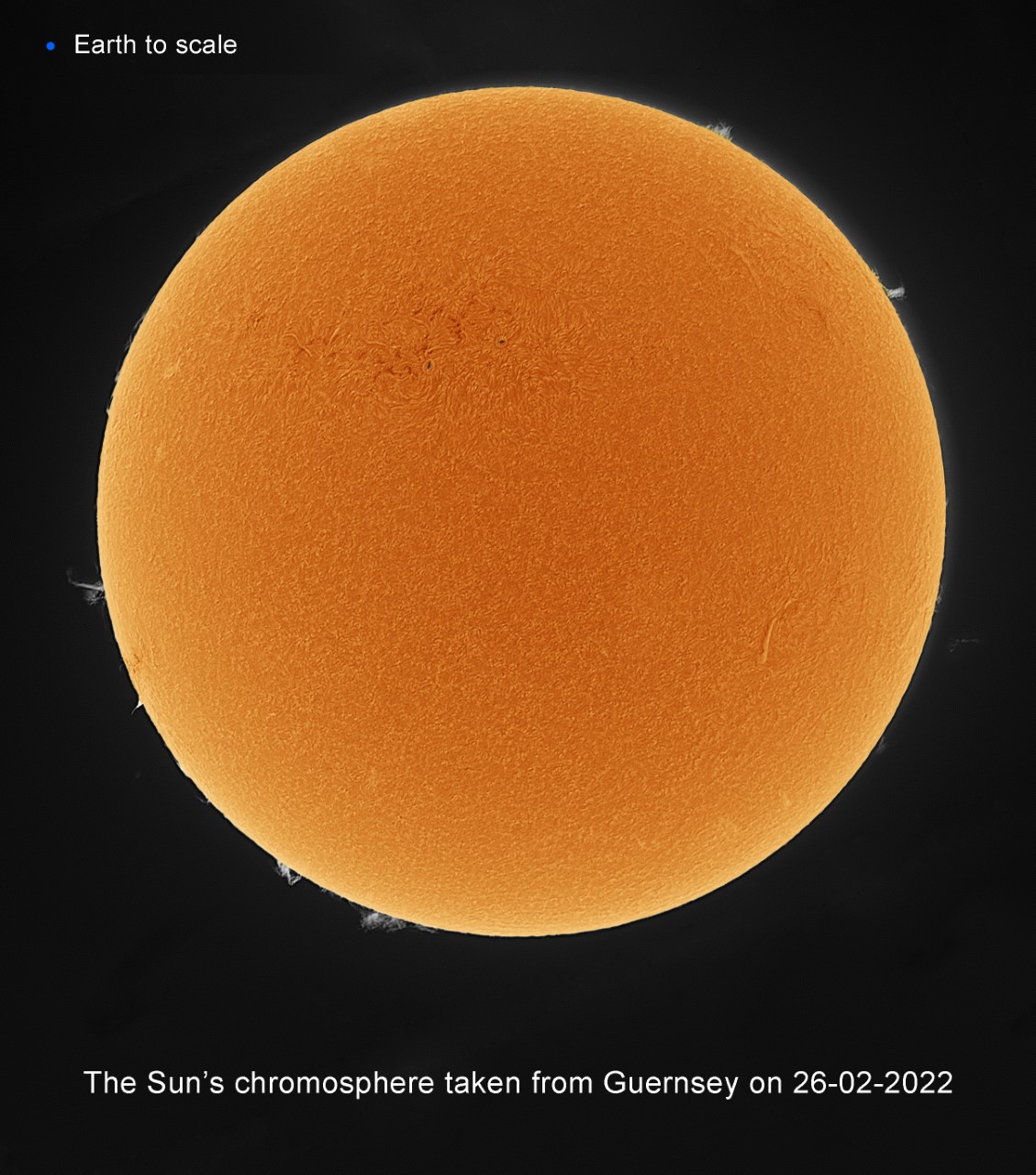 Pictured: The sun captured this weekend.

The sun comprises mostly hydrogen and helium in a state of plasma, which in the lower chromosphere is about 3,700°C and rises to 7,000°C at the top.

Dr Dean explained that the two dark spots towards the top left of the image are sunspots.

“Sunspots are cooler than the surrounding plasma and are caused by the sun’s magnetic field lines as they become tangled, preventing the heat within the sun from rising to the surface,” she said.

“Sunspots can give rise to sudden explosions of solar energy in the form of solar flares and coronal mass ejections. Sometimes they are so large that they can affect communication systems on Earth and can be a danger to aircraft.”

On the image, solar prominences are visible around the edge of the sun.

“Solar prominences are strings of plasma trapped in twisted, rope-like magnetic field lines that stretch out from the chromosphere,” said Dr Dean.

“Typically, these form a loop anchored to the sun by a positive and negative end. However, sometimes the two opposing polarities snap together and a solar flare is released.” 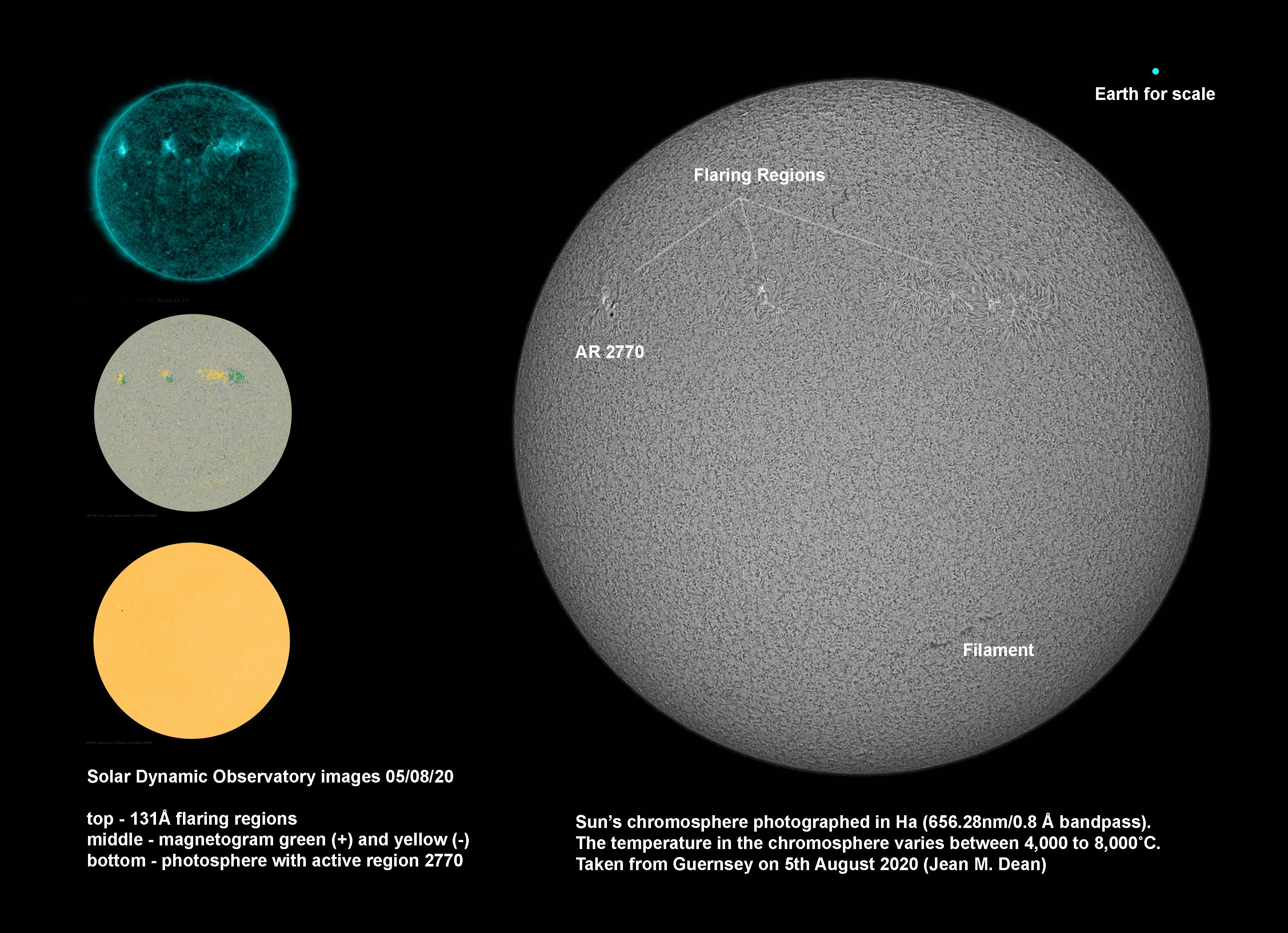 Solar prominences can reach temperatures of 50,000°C and elevations of 60,000 miles, which is ten times the diameter of Earth.

Dr Dean said that solar activity has been increasing.

“Solar activity comes in 11- and 22-year cycles - things are starting to pick up again after a period of low activity,” she said.

WARNING: Never look at the sun with the naked eye or any optical instrument unless it has been designed for solar observing.

Events in Lihou next weekend