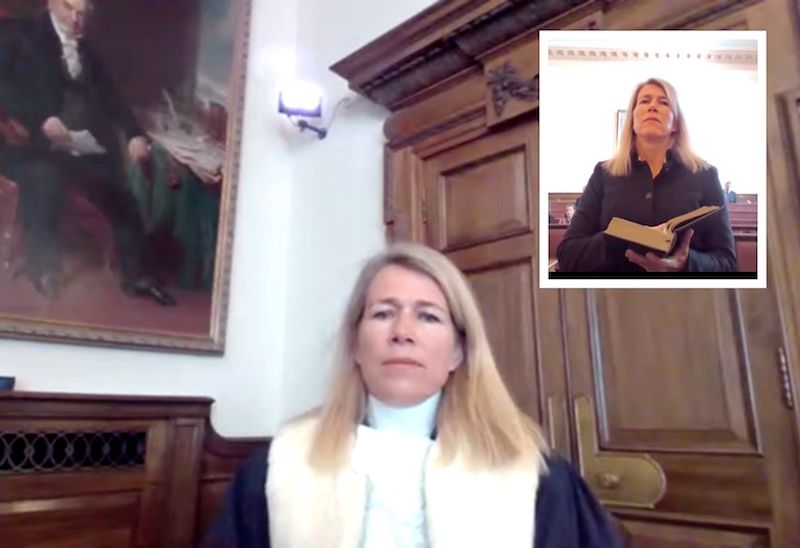 Jessica Roland has been sworn in today as Guernsey's new Deputy Bailiff, making history as the first ever woman to take up the position.

Ms Roland did not have the grand installation ceremony enjoyed by her nine male predecessors, however that did not diminish the significance of the occasion for her, as she made history in the Royal Court with her close family in attendance.

A Managing Partner of the Guernsey Office of Mourant Ozannes since 2013, she noted that her professional background in private practice was not the most common path to her new role.

"To be sworn in as Deputy Bailiff to serve the communities of the Bailiwick is a tremendous privilege," she said. "To see my name on the letters patent from Her Majesty the Queen is an incredible honour – I feel incredibly humbled to take this role and I pledge unreservedly that I will always do my very best to perform and discharge my role and duties to the very best of my ability."

"I have not trodden the usual path to this role, but nevertheless there are some precedents. Like Sir Richard Collas my first degree was not in law, and like him my route to this role was private practice, not the law offices. Also, like Sir de Vic Carey who presided over my call to the Guernsey Bar in 1999, I come to the judiciary as a solicitor not a barrister.

Pictured: Part of the C.V. supplied for Ms Roland detailing her professional background.

"There are other aspects to my appointment that mark me out as different, but what I share with those who served in this role before me is greater than the sum of the differences. We share a love of this Bailiwick, we share a deep-rooted sense in being able to serve our community, we have a shared belief in the role of law and the profound sense of the responsibility that the role of Deputy Bailiff brings."

Ms Roland expressed her gratitude to her family, with her mother Leona, husband John, and daughters Kate and Orla in the public gallery.

"[Growing up] myself and my brother and sister were always encouraged to see the world beyond and have a strong sense of responsibility."

She also paid tribute to her predecessor Richard McMahon, who has graduated to the position of Bailiff, and Sir Richard Collas, who also served as the Deputy Bailiff before his eight years as Bailiff.

"Unlike the office of Bailiff, the office of Deputy Bailiff is not an ancient one – like me it arrived in 1969. However I am conscious that the names of the Deputy Bailiffs that have come before form a very illustrious list and one that will help to inspire me each day to do my very best in this role." 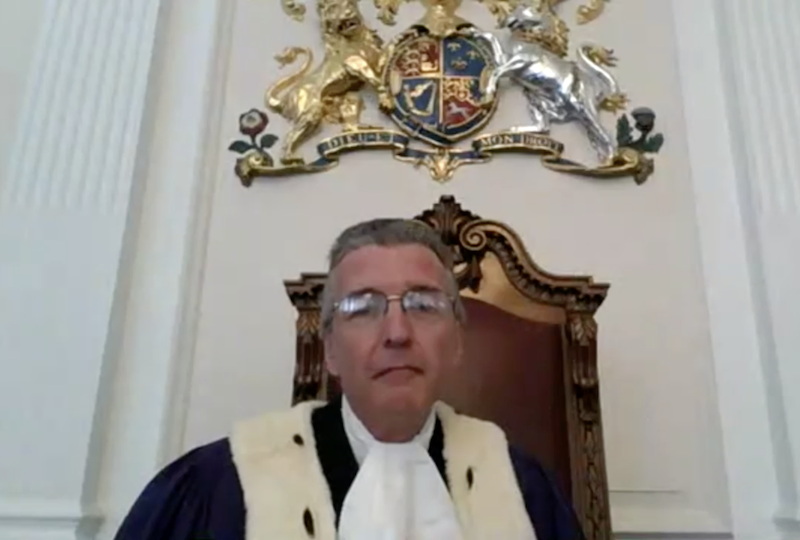 Pictured: Newly-appointed Bailiff Richard McMahon welcomed Ms Roland to the Bailiff's office, saying she had shown all the qualities and attributes necessary to excel as a Judge.

Mr McMahon and Sir Richard, who has retired as Bailiff after many years of service in both esteemed roles, have set "exemplary examples" and have been generous in their help and offers of advice.

"They have been unstinting in their time, which I have greatly appreciated," said Ms Roland.

Tributes to the newly appointed Deputy Bailiff have already started pouring in, including from Shelaine Green, chair of local support network, Women in Public Life.

"We're thrilled to welcome Jessica Roland as the island's first female Deputy Bailiff. We wish Ms Roland every success and look forward to watching her deputise for the Bailiff at States meetings in the future. This historic moment comes at a time when female leadership is very evident in Guernsey and we hope that this inspires other women to put themselves forward for all sorts of roles in our community.”

Pictured top: Jessica Roland at her swearing in ceremony today.