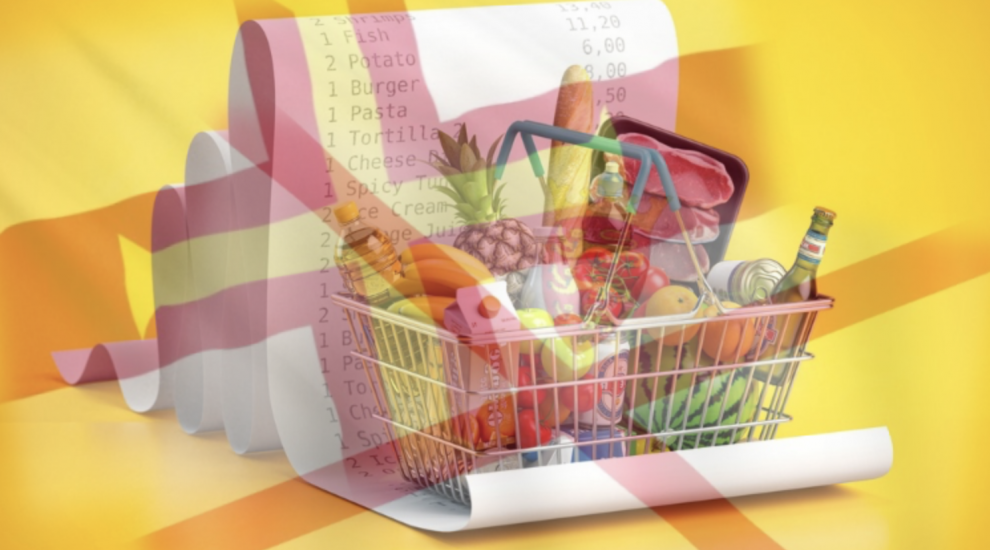 A report published today has shown that Jersey's rate of inflation has increased by 12.7% during the twelve months to December 2022 - the largest annual increase since the early 1980s - which also puts it well above Guernsey's again.

The All Items Retail Prices Index (RPI), the main measure of inflation in both Guernsey and Jersey, shows the change from quarter to quarter in the price of the goods and services purchased by an average household.

Yesterday, Guernsey's RPI was confirmed as increasing by 8.5% at the end of last year. You can read Guernsey's full inflation bulletin HERE.

By comparison Jersey's has risen 12.7% over the last twelve months.

The annual rate of inflation in the UK was 9.2%, according to the UK CPIH, which is comparable to the islands' RPI Index - meaning people in Guernsey are slightly better off, while those living in Jersey are 3.5% worse off than their UK counterparts. 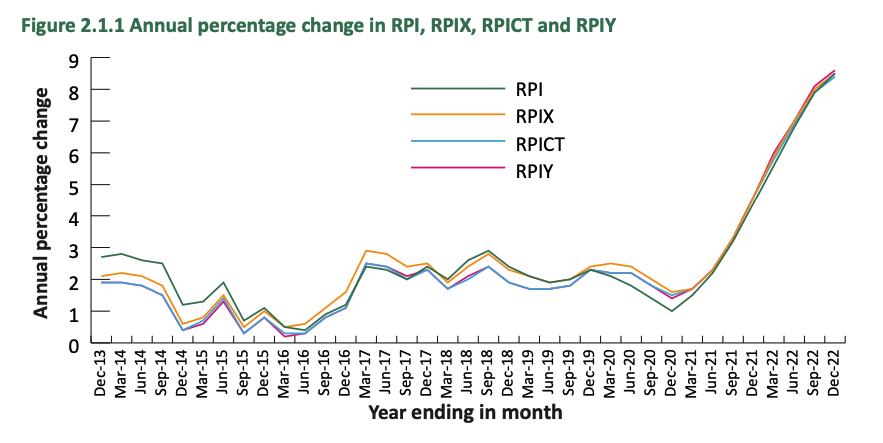 Pictured: The prices of basic goods and services have skyrocketed in Guernsey since early 2021. You can read Guernsey's full inflation bulletin HERE.

Jersey's RPI increase to September 2022 was 10.4%, with the last quarter seeing an additional 2.3% increase.

Every single spending group saw prices increase over the last year, with housing in Jersey up 24.4%. This was primarily due to the rising costs of mortgage interest payments following increases in the Bank of England Bank Rate over the year. Food and motoring costs in the island also faced notable increases, at 14.2% and 12.3% respectively.

Inflation for pensioner households and households in the lowest fifth of income both increased by 10.3% and 8.5% respectively.

This is the largest increase in RPI Pensioners and RPI Low Income since December 2007, when these two further price indices were introduced in Jersey.

Pictured: A breakdown of the RPI date by Statistic Jersey.

In Guernsey, price increases were seen in every category of item of service in the last quarter of 2022, except for leisure goods.

Catering and food costs represented the largest percentage increase of around 3% driven by risings costs of takeaway coffee and sandwiches, and block butter, cheese, soups, and some spirits at the supermarket.

Senior politicians warned last spring that Guernsey and Alderney would continue to experience higher rates of inflation than usual.

For around a decade inflation locally was contained to approximately 3% until it started to climb significantly around the middle of 2021.

Inflation more than doubles in a year