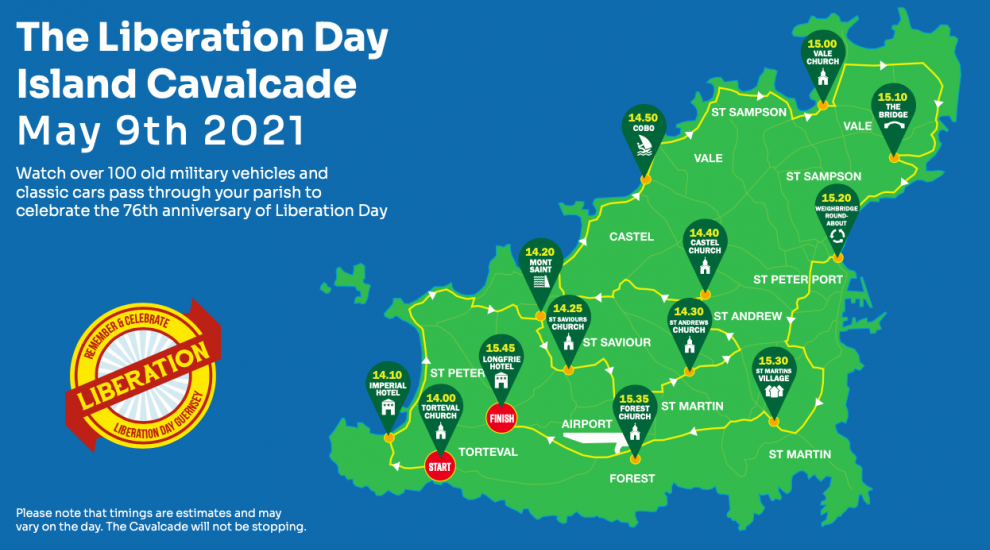 The route for this year’s island-wide Liberation Day cavalcade has been released.

It follows the decision to limit activities in town and avoid having “thousands of people along the seafront”, following consultation with Public Health.

Despite the island being restriction-free, organisers have asked the public to “host parties in their own communities” and approach the celebration differently this year, as a precautionary measure.

The Liberation Day Committee have now released an approximate timetable for the cavalcade that will travel around the island on 9 May. 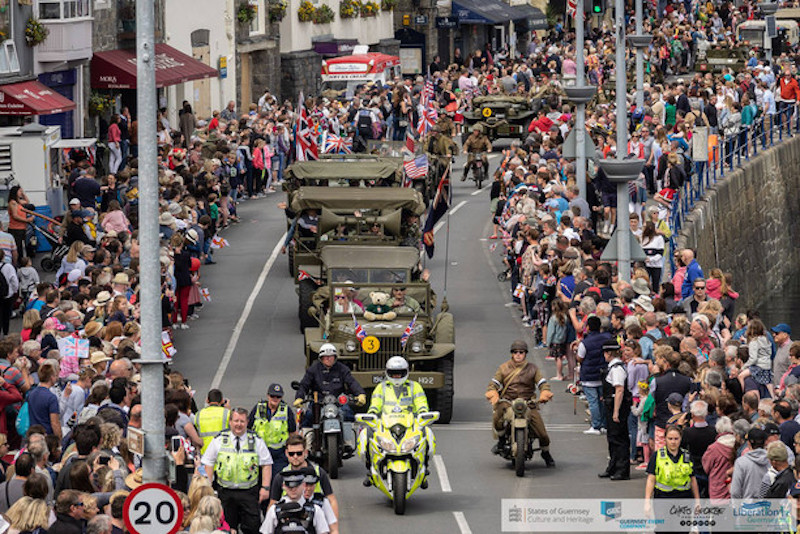 Pictured: The cavalcade is a staple of Liberation Day, with iconic vehicles usually touring the Town seafront.

There will be more than 100 military vehicles visiting the parishes as part of the 76th celebration of Liberation Day. It’ll include bikes and cars from the Guernsey Military Vehicle Group and classic cars from the Old Car Club.

“We encourage everyone to come out and watch from a spot on the route,” said Deputy Sue Aldwell from the Committee for Education, Sport and Culture.

“Keep an eye out for a variety of vehicles including a Dodge ambulance, a Daimler Dingo armoured car and Dodge weapons carrier."

Pictured below: The cavalcade will start its journey in Torteval. 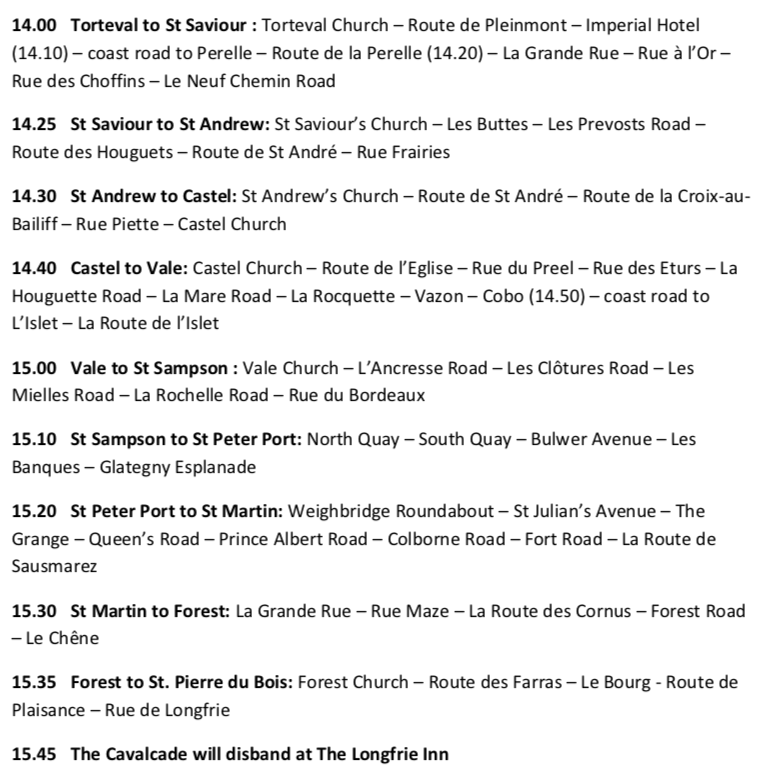