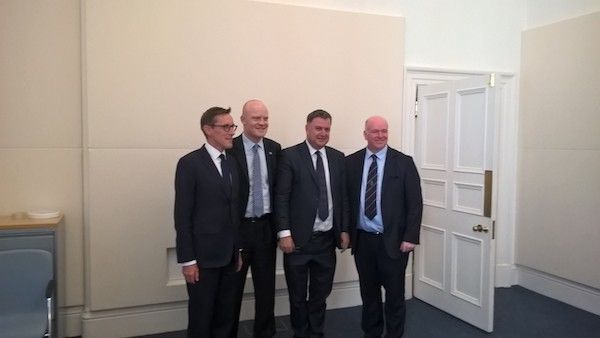 Guernsey has signed a new Double Taxation Agreement with the UK, replacing the former one that has been in force since 1951.

The text of the new UK DTA was negotiated alongside the Isle of Man and Jersey, with relevant industry experts from each of Crown Dependencies being consulted on the content throughout, and the provisions of the agreements are the same for all three Crown Dependencies. Its text takes into account the recent international standards designed to prevent base erosion and profit shifting (BEPS).  Guernsey is committed to those principles.

The new DTA between the UK and Guernsey also permits the exchange of information between the two governments.

Deputy St Pier said: "While the previous Double Taxation Agreement with the UK has served both sides well for more than 60 years, it was important that a new agreement was negotiated which reflected the changes in international taxation that have occurred since the 1950s, and the island’s commitment to meeting international tax standards including the most recent BEPS standards, set by the OECD.

"Given how close our trading relationship with the UK is, ensuring that individuals and companies understand the way that they will be taxed by each government is hugely important."