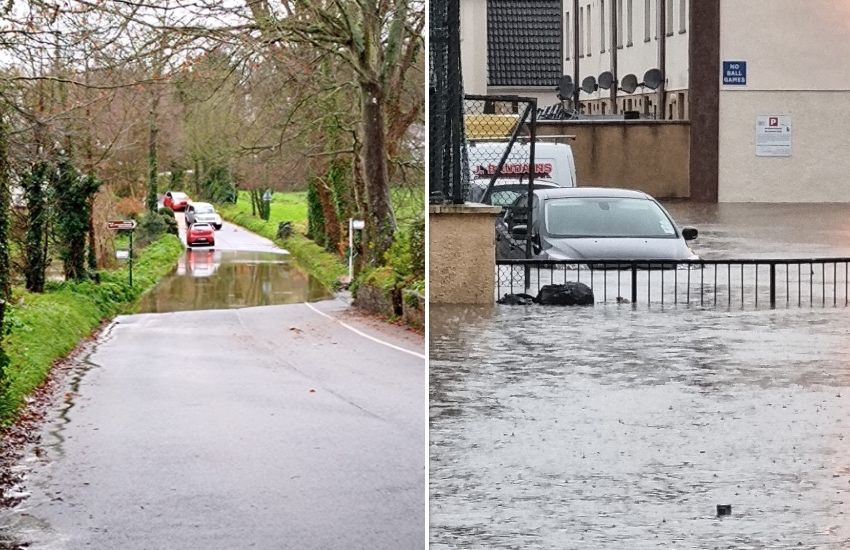 Torrential rainfall in the English Channel this week has been caused by an Atlantic low-pressure system, with 48.6mm of rain falling locally over the last three days.

A Guernsey Met Office spokesperson said that so far in January there has been 114.2mm of rain against a 30-year average of 92mm for the month.

The wettest January on record was in 2001 where 210.0mm of rainfall was recorded.

A major incident was declared in Jersey after the Grands Vaux reservoir overtopped causing serious flooding to nearby homes and a school.

At least 50 households were evacuated yesterday and placed in alternative accommodation, with the Fire & Rescue Service actively monitoring water levels overnight and this morning.

Just to clear up some possible confusion, this was water coming through the wall (not just through the drain) onto the beach at Petit Bot this morning, not the road #Guernsey - but still not good... pic.twitter.com/HZqMldr44N

Watch: Concern was raised as water breached a wall at Petit Bot.

The Guernsey Met spokesperson added that “thankfully the island does not have rivers, although douits were overflowing yesterday and causing some flooding as standing water run-off from fields exacerbated this and compromised the drains.

“Low lying parts of the island do suffer from this type of flooding at times especially as the water table rises and keeps the ground sodden.

“Hopefully after today's showers things will start to dry up as high pressure starts to exert itself, although temperatures will remain on the chilly side."

Trees down across the Bailiwick