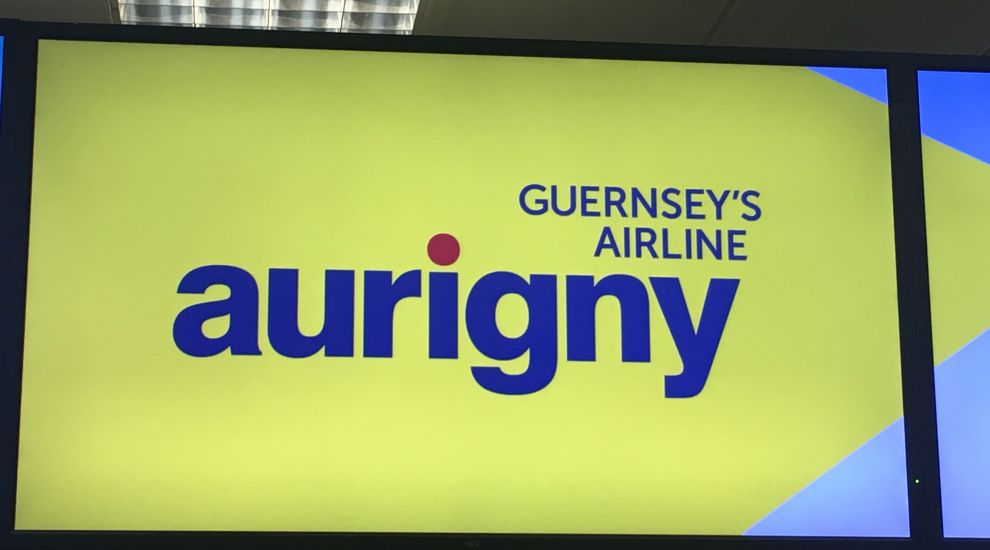 Aurigny has had to suspend flights between Guernsey and Gatwick - previously one of its most highly protected and most profitable routes - as the lockdown means so few passengers are flying, that the service simply isn't needed at the moment.

The States owned airline had already said it would only be flying once daily to Gatwick and Southampton from Guernsey, as well as between Guernsey and Alderney, until at least the end of May, but now both of those services have been trimmed back even further.

From Monday 6 April, the Gatwick services will stop completely, after passenger numbers dropped as low as just six people per day using the route.

The London link isn't likely to be reinstated before 1 June at the earliest.

The dramatic drop off in passenger numbers came after a mandatory 14 days self isolation period was imposed on everyone coming in to the Bailiwick, and a ban on anyone leaving the islands for anything but 'essential' reasons, as part of wider efforts to reduce the spread of Coronavirus.

The airline had seen itself in an unusual position as the covid-19 pandemic took hold on the world though, with other airlines grounding flights it meant Aurigny had recently been one of the 'main customers' at Gatwick, a position it had never been in before with competition from much larger airlines for air traffic slots. 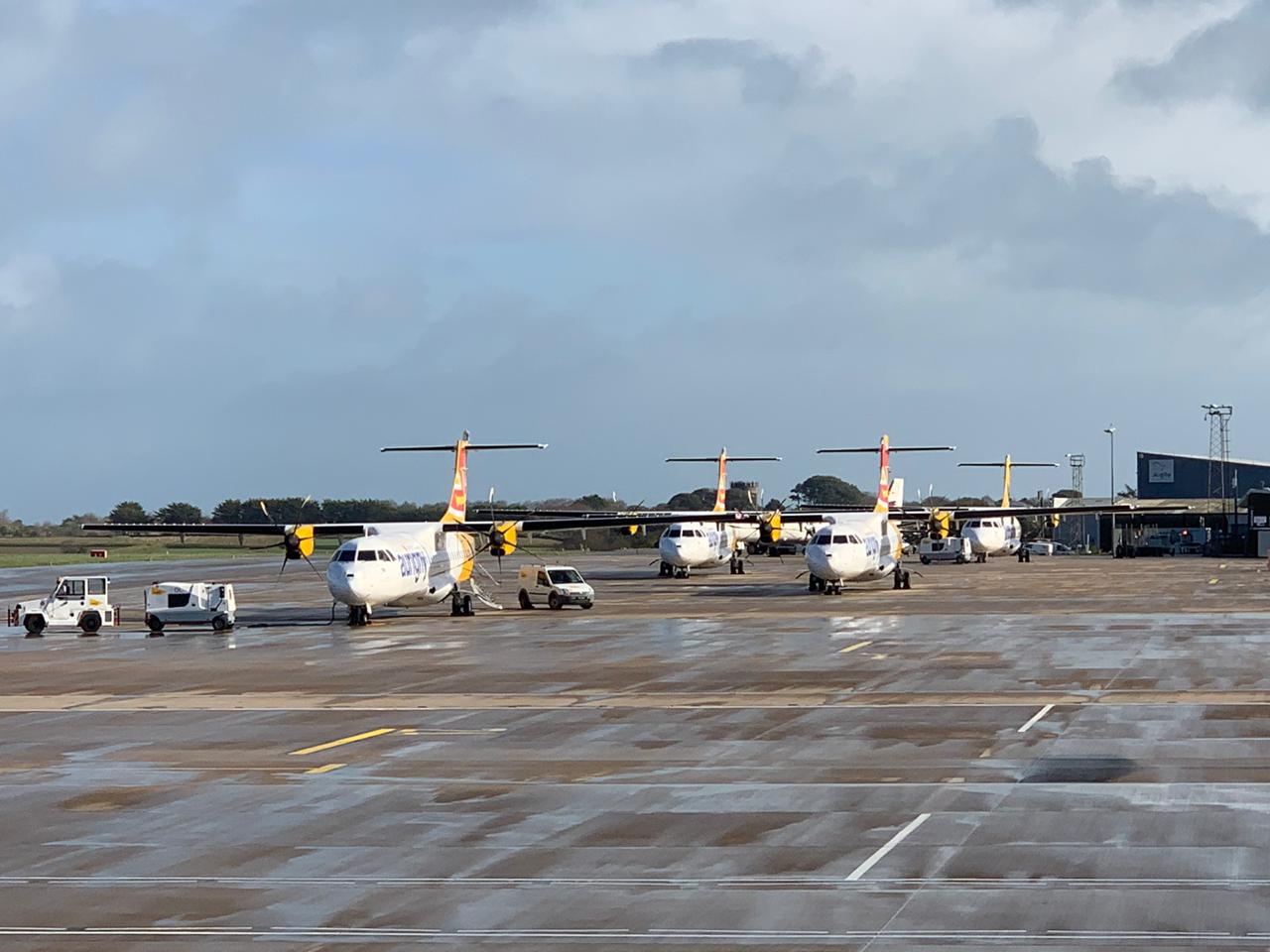 Pictured: Most of Aurigny's fleet has now been grounded.

The Southampton service is also being scaled back further with the weekend services coming to a temporary end after this week.

From Saturday 11 April, until at least Sunday 31 May, Aurigny will only fly to the south coast airport on weekdays.

Aurigny said, as ever its main priority is the wellbeing of its customers and staff.

"We would especially like to thank those staff continuing to provide a lifeline service and those working in our call centre, who have dealt with an unprecedented number of calls due to exceptional circumstances."

Any passengers booked on the Gatwick services, or the weekend Southampton services will be contacted. 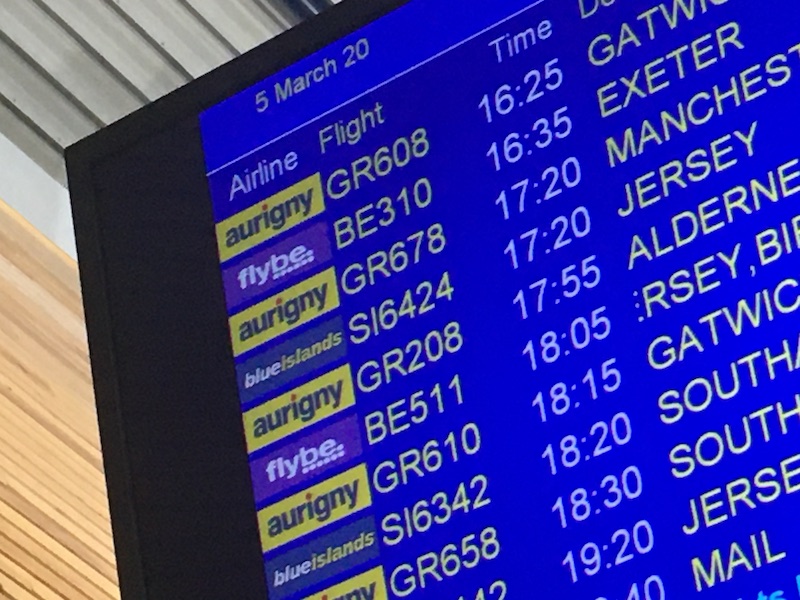 Pictured: The airport information boards used to be full of flight details, but not anymore after corona virus was blamed for Flybe's demise and it has now seen most of Aurigny's services grounded.

Aurigny's schedules, until at least the end of May, will now run as below: