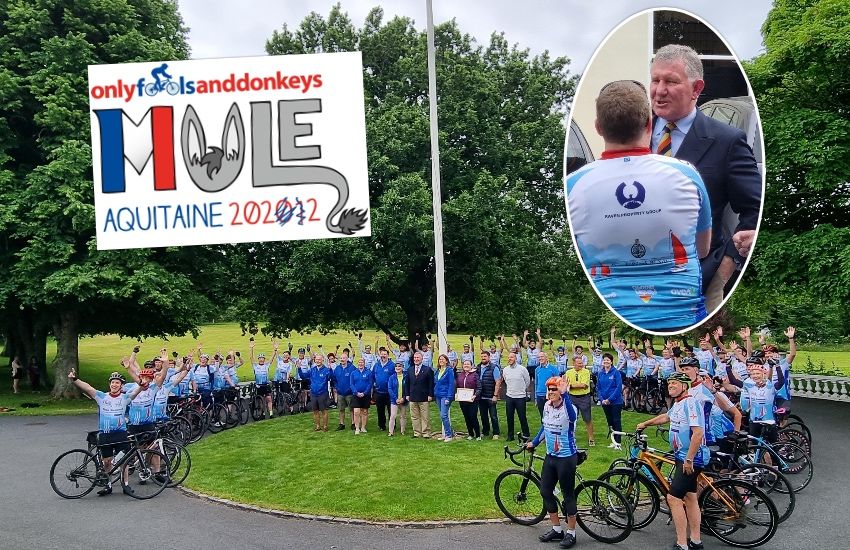 Mule Aquitaine - the next chapter of Only Fools and Donkeys’ (OFAD) charity bike rides – is setting off for France today after being rescheduled twice since 2020 due to covid.

The ride takes 55 cyclists supported by a team of 10 on a six-day ride, starting in Niort and travelling through La Rochelle, Angouleme and Perigueux before finishing in Bordeaux.

Yesterday evening His Excellency the Lieutenant-Governor, Lieutenant General Richard Cripwell CB CBE, who is patron of the charity, hosted the group at Government House with good humour.

Lt.-Governor Cripwell told the cyclists: “Looking around, you’re a hugely athletic group. You’ve raised an extraordinary amount of money over the years.

“I know it's hard for you to be going to France for a week - as your Lt.-Governor, I thank you for this.”

He added that OFAD is a “wonderful charity,” and said the riders would be “testing lycra like it's never been tested before”. 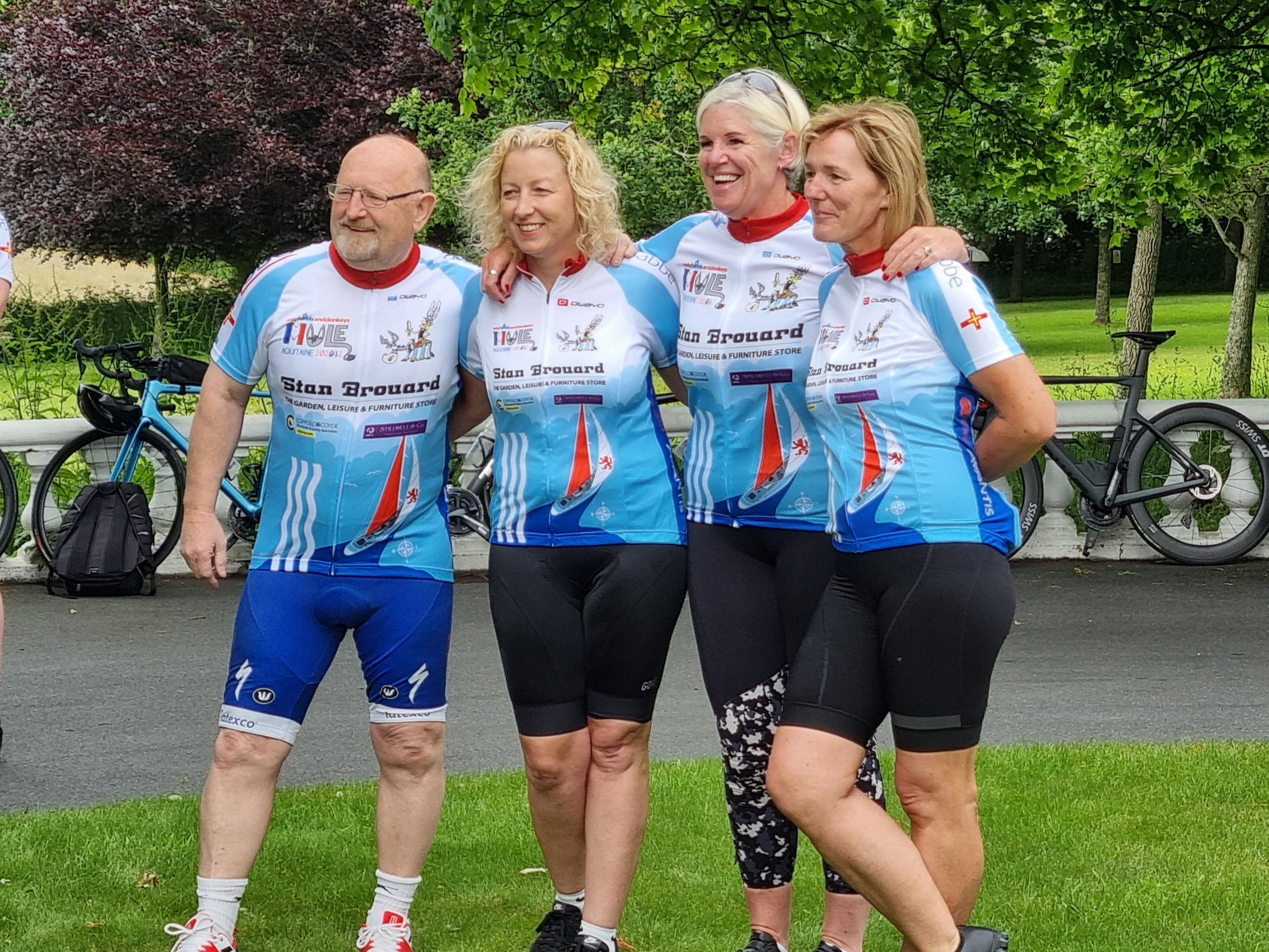 Only Fools and Donkeys has raised over £200,000 since it was founded in 2010, with funds going directly to projects which support children, young people and adults with learning difficulties and physical disabilities.

The riders have the choice to ride 55, 80, or 100 miles per day and ride in groups based on speed and distance.

Mike Marshall, a founder of OFAD, told Express that approximately £20,000 has been raised so far for Mule Aquitaine.

At the end of the trip, Mr Marshall said they would “have a good night out in Bordeaux before a coach back to St. Malo,” with a customary party there as well.

Many of the 55 riders have taken part in one if not all the previous rides which include Mule Bretagne in 2014, Mule Normandie in 2016, and the 2018 Mule Loire ride. 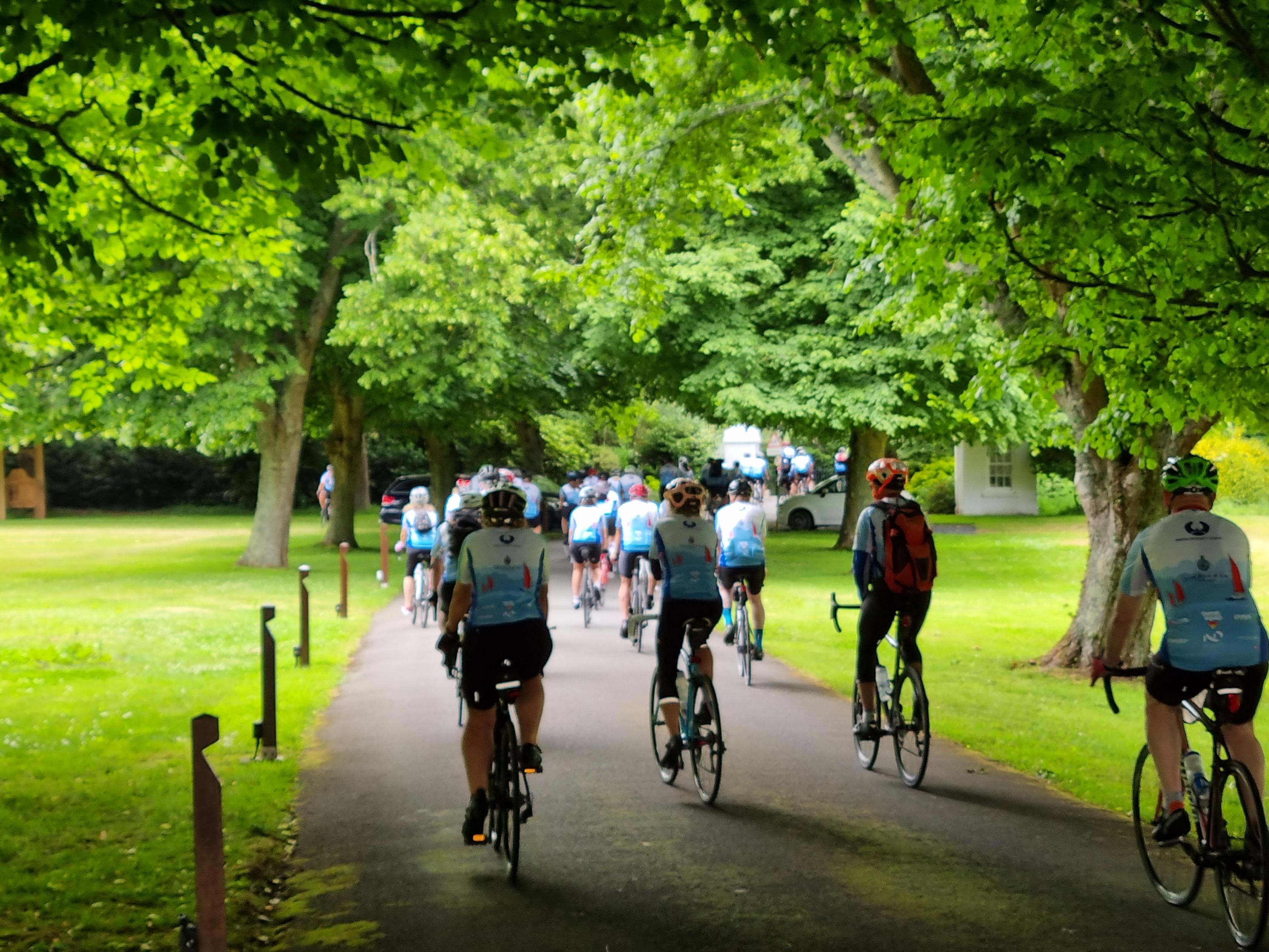 Pictured: The group leaving Government House after the meet.

The main concern amongst riders reported to Express was “hills”.

Donna Allen, who is undertaking her first ride with the charity, said she was “apprehensive about keeping up,” as the first time she cycled on a peloton was to the Rocquaine Regatta. However, she is “looking forward to the camaraderie”.

Penny Smart, a second timer, said it was disappointing that a few riders have dropped out because of the rescheduling and argued it will be a “challenge to ride with the cleats”.

Maria Clara Soler said: “It’s always fun when we get close and help each other – the team is great.”

She expressed excitement at raising money for children, saying it was “very rewarding”.

Looking back on a previous trip, Mr Marshall said a memorable moment came when Dave Waldron “got lost near Mont Saint-Michel on the Normandie ride”.

You can view OFAD’s charitable donations HERE. You can also donate towards the Mule Aquitaine trip HERE.

View a gallery of images from the meet below: 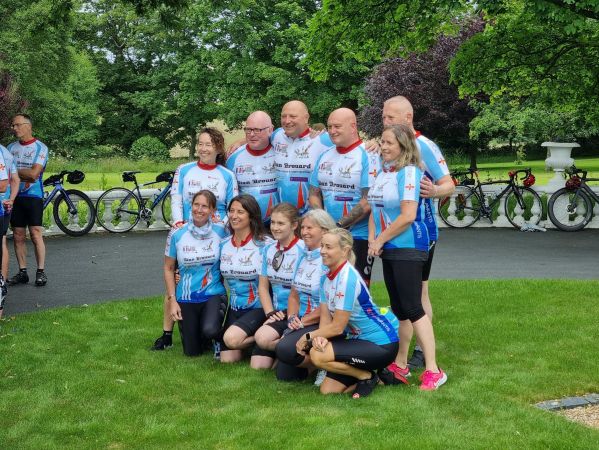 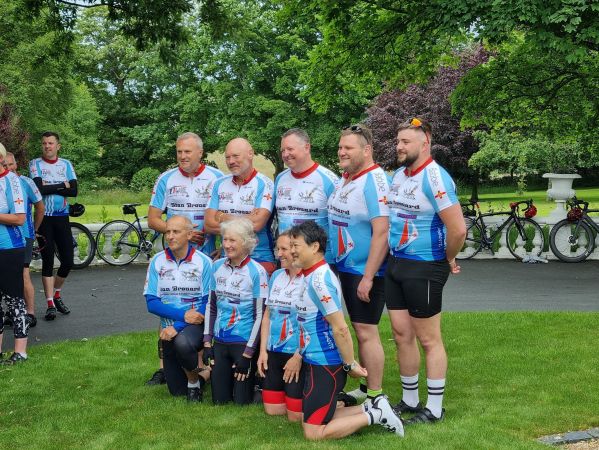 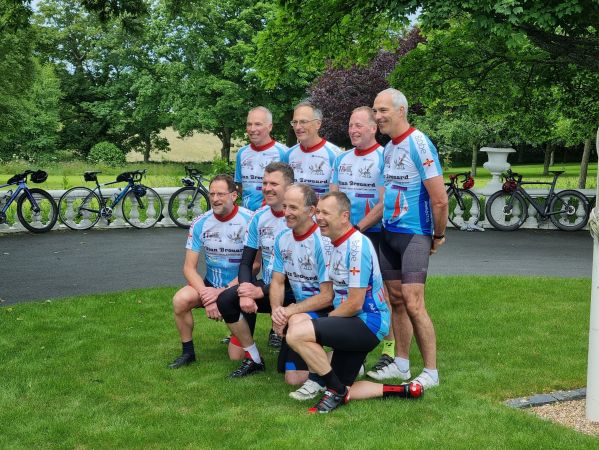 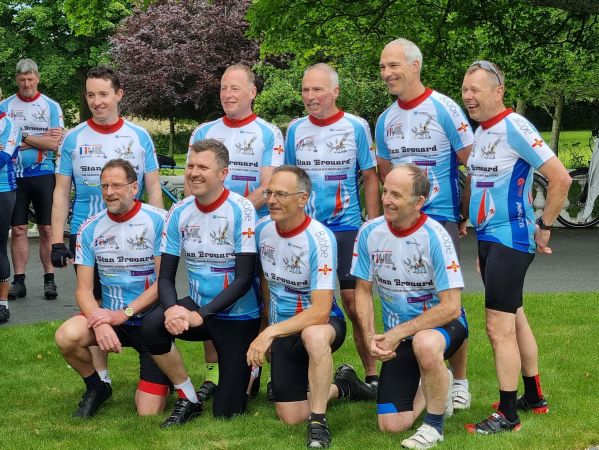 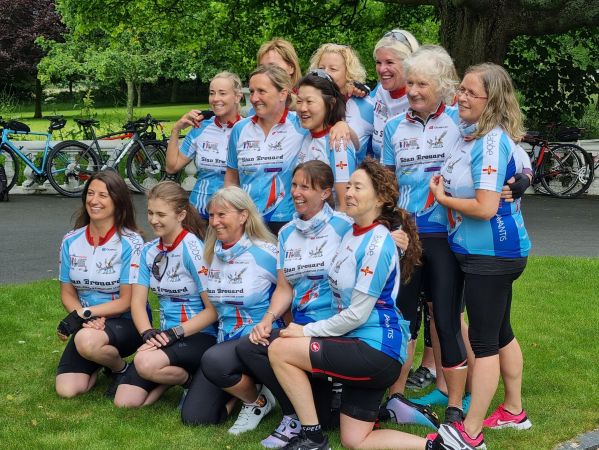 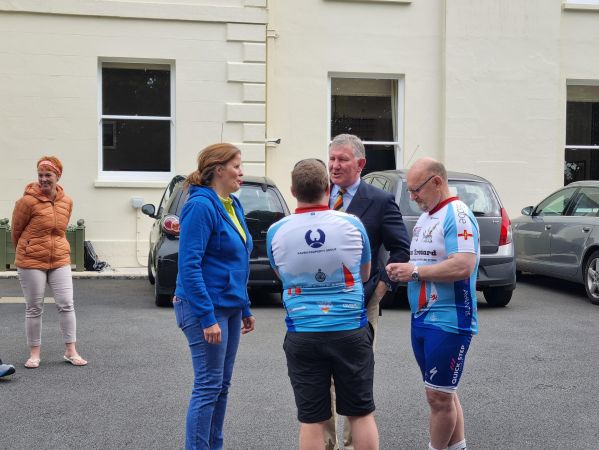 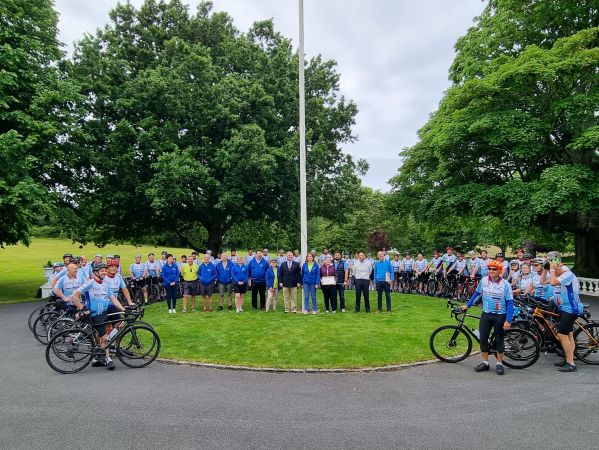 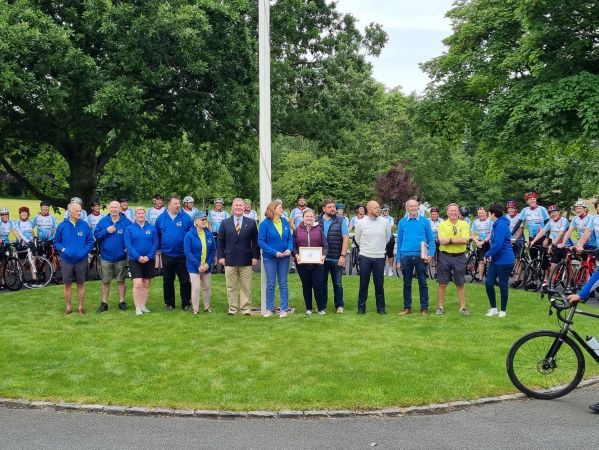 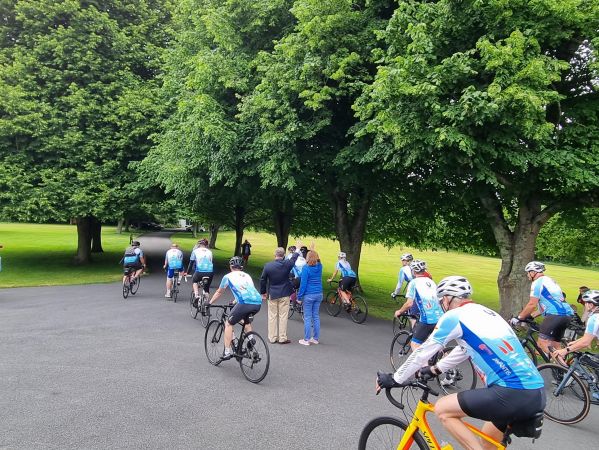 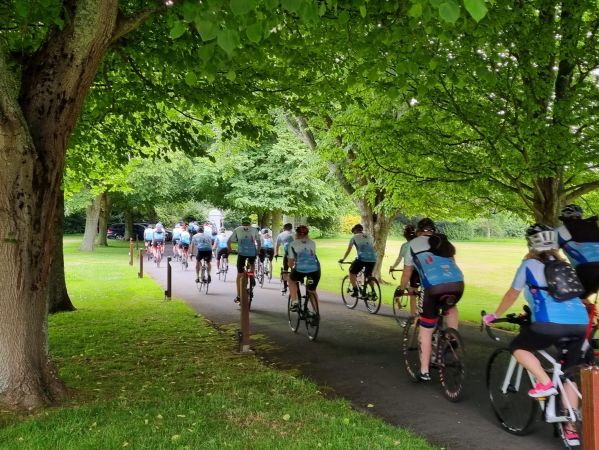 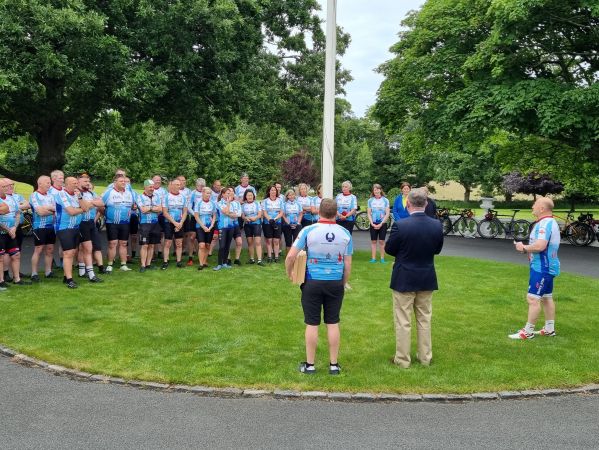 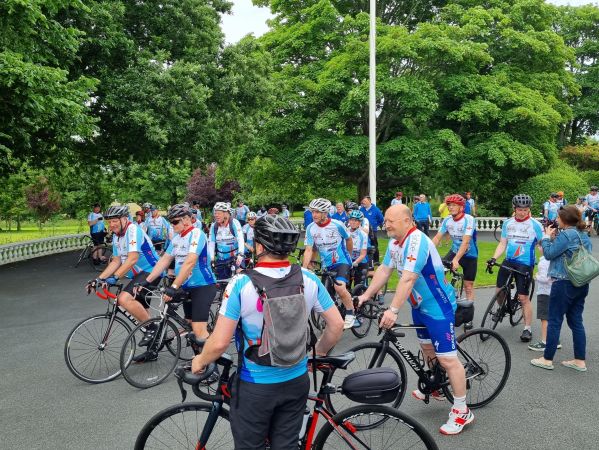 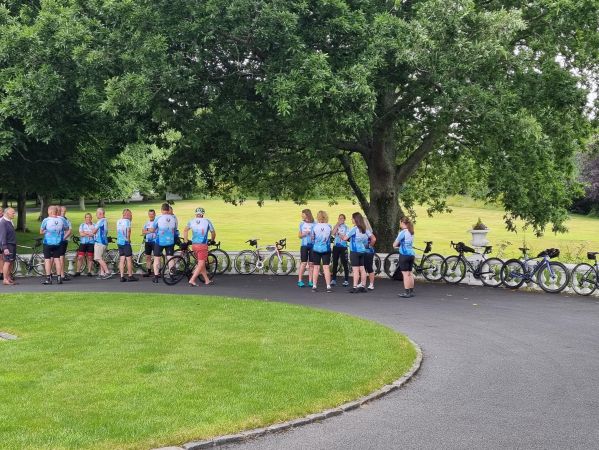 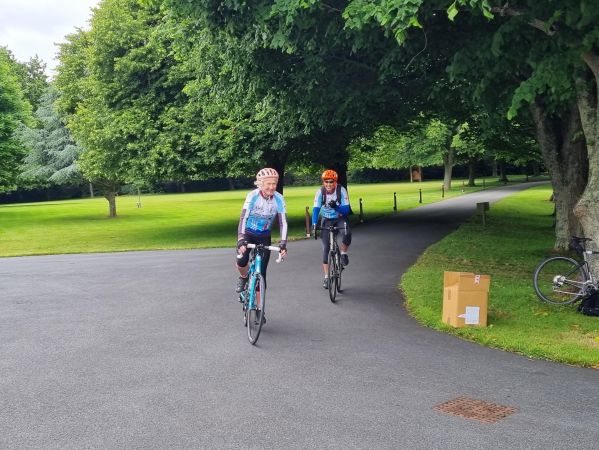 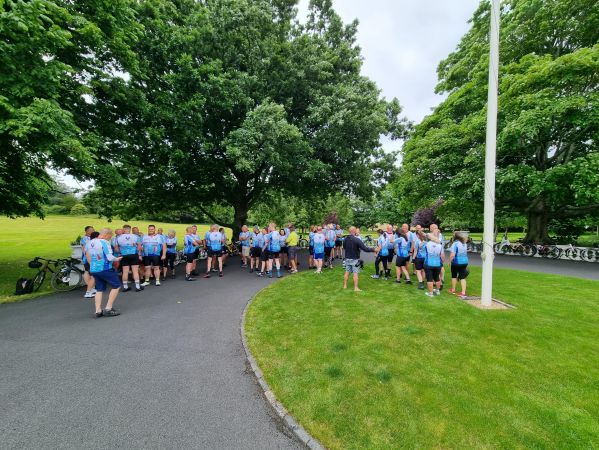