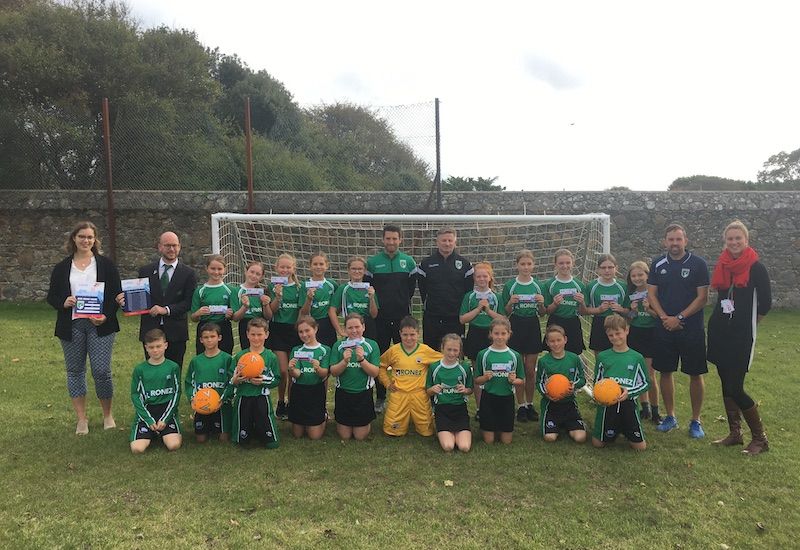 School children from around the island will once again have a chance to go and watch Guernsey FC playing live for free this season, as the club is continuing its Youth Zone scheme.

As part of its ongoing community engagement work, Guernsey FC has, for the last three years, given free tickets to children from every school to go to a specific match throughout the season.

Each school or football club is assigned a specific fixture, and the children can go with one adult to sit in the stands and watch the island's club play.

"The Youth Zone is an area at Footes Lane which we use to introduce new children to the sport, and give them a chance to watch the club play," Ollie Dowding, the club's Youth Zone Coordinator, said.

"We allocate each fixture to a school or football club, and then provide them with a 100 ticket booklet to enable a child and an adult to come along for free. If they enjoy the game, they can also get three more match tickets for half price.

Join us on Sunday 6th October for our first HOME game of the season @FootesLane.

Kick-off is at the earlier time of midday.

Get your tickets now!

"The club puts a big emphasis on engaging with the community, and we wanted to enable people who might not normally come and see a match to do so. The scheme has been getting more popular year on year, and we have seen lots of new children coming along and really enjoying the experience."

Mr Dowding wanted to thank ASPIRE, the scheme's sponsor, as they made it possible through paying for the ticket costs.

This year's season of Active Youth Zone kicked off this week at Haute Capelles - they have been allocated the upcoming first match of the season.

Headgirl Stella Whitmore's brother plays in the team, and she said since she had started to watch football, she found it more and more exciting.

Year six team goalie, Edward Le Prevost, said he had watched a game last year and found it really good fun, he also said it was a good opportunity to be able to see a match for free.

Sports Commission teams up with business for Utmost fun