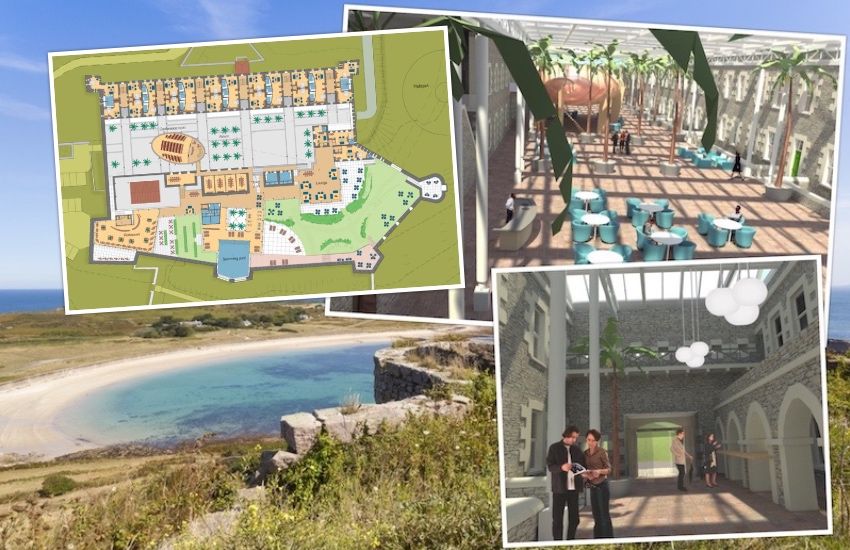 A developer which hopes to revitalise Alderney's Fort Tourgis is pursuing legal advice after the island’s States allegedly “terminated” links with it after several years of cooperation with the project.

The Dutch firm, MOVE-Development, said it had been working with the States of Alderney since 2004 on plans to redevelop the derelict building into a five-star hotel and conference centre.

It partnered with the UK-based group Exclusive Hotels in 2017 and suggested that the Dutch government would guarantee the scheme, although politicians and officials in Alderney were said to be unsatisfied with what was in the proposals.

Air links and issues with the Public Service Obligation were also cited by local States’ members as stumbling blocks to the plans a few years ago.

MOVE now claims, in a statement issued yesterday, that “a letter was recently received from the States of Alderney in which they terminated the years of cooperation” and that “contacts have been withheld without reason since the arrival of the new CEO in Alderney”.

The States of Alderney have been approached for comment. 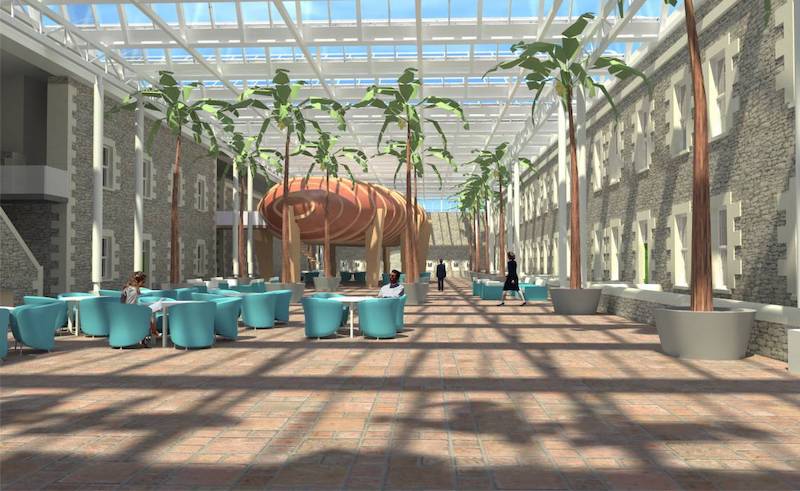 Pictured: The MOVE plans include covering the drill field with a roof to create a central atrium.

A 2019 Alderney economic report regarded the project as a key pillar in rejuvenating the local economy. The island’s officials anticipated that the hotel could generate £1m per year, increase air passenger movements and create dozens of additional jobs.

The firm added: “MOVE cannot understand this action, partly in light of the many efforts made until recently by The States of Alderney and its employees.

“The termination of the project by The States of Alderney disregards the efforts and investments made by MOVE in recent years. To treat partners in a development in such a way shows an extremely unprofessional attitude.”

MOVE says it is “ready and able” to deliver the project “immediately”. However, the firm wants the States of Alderney to guarantee £4m for the project, release the fort’s freehold, provide the infrastructure, and pay the planning costs.

It expressed surprise after supporting a wider and longer runway, despite its plans not being contingent on that, “at the request of the States of Alderney”.

“In addition, MOVE cannot understand this attitude of the States of Alderney in relation to the request that will be under discussion in the States of Guernsey concerning the widening and extending the runway.”

Guernsey's politicians are set to debate the future of Alderney’s airport at this week’s States meeting, due to start tomorrow.

The States of Alderney have agreed to contribute £3.5m if it's decided to rehabilitate, widen, and extend the runway.