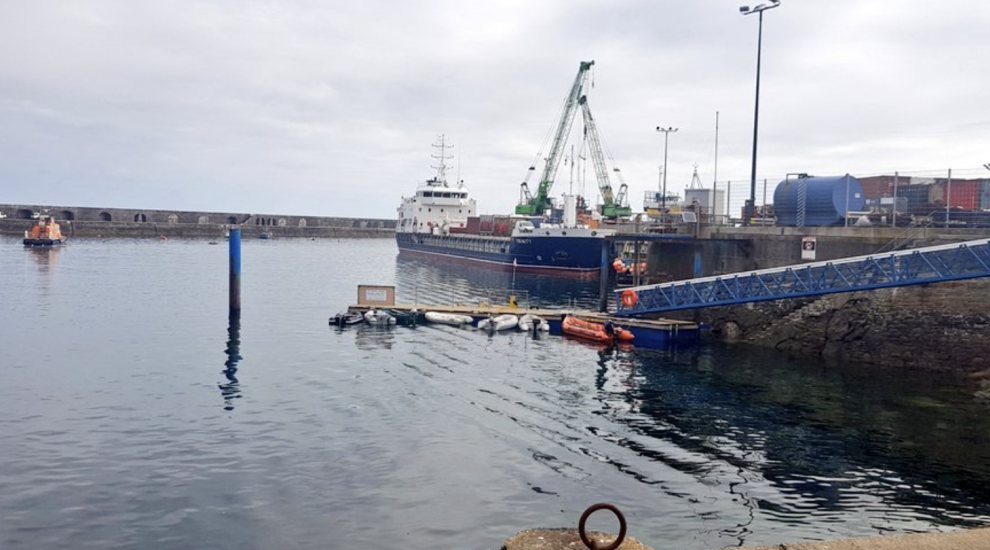 The new tourist season is almost fully underway in Alderney, with the Little Ferry Company resuming its summer schedule and Guernsey sailing boats venturing to the island. However, a local politician is raising concerns about a pontoon - or lack thereof.

The visitor pontoons have reduced in number due to damage and reduced structural strength. This has led to the Little Ferry Company having to berth at the commercial quay and fewer tenders being able to tie up.

“The situation is, you’ve got half a pontoon,” said Deputy Alex Snowdon, who is one of Alderney's representatives in the States of Deliberation.

“It seems that we’ve got ourselves into a pickle and now we don’t have a pontoon ready for the next season.

“It’s going to be quite disheartening if people can’t get off their boat properly into Alderney,” he said.

Pictured: The missing pontoon is being kept on land until the situation can be rectified.

The responsibility of maintaining the pontoon falls to the General Services Committee, who have been working with the RNLI to fix the problem.

The RNLI has its launching boat on the pontoon. An RNLI surveyor was meant to arrive in Alderney to help plan for a new pontoon last year, however the Covid pandemic stopped this in its tracks.

“We are also researching additional temporary measures that may enable us to increase the number of pontoon legs,” said the Chairman of the GSC, Boyd Kelly.

“This is a situation we regretfully find ourselves in, accept is less than ideal, and will ensure is not repeated.”

Pictured:  The pontoon is the only place tourists can moor their tenders.

To speed up the process and find a solution Mr Boyd said it’s the GSC’s intention to send a formal letter to the RNLI.

“[We will be] asking them to indicate their intentions so we are able to commence our technical and budgetary planning and the consultation process,” he said.

“In order that the current situation is resolved before the start of next season.”

He argued that the existing pontoon was never intended for the Little Ferry Company. “It was only intended for visiting yacht tenders,” he said.

The States of Alderney has re-published the conditions for using the pontoon while space is short. Reminding people that the maximum stay is only eight hours and the size of vessel permitted is a maximum length of four metres.

The Harbour Authority is also offering a water taxi service to local mooring holders free of charge to avoid congestion. 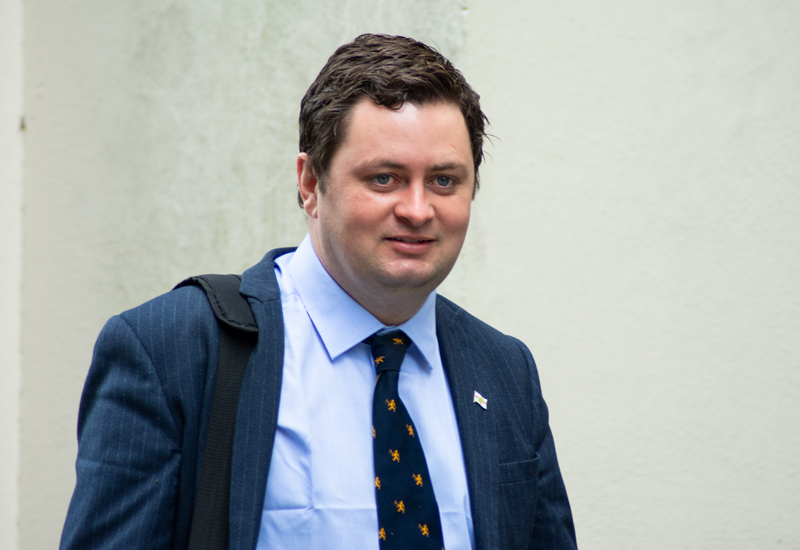 Pictured: “Is this a safety risk?” questioned Deputy Snowdown: “If people are clambering over dinghies and boats to get ashore?”

Express contacted the Little Ferry Company who said the effects of the situation on its business are “minimal”.

Despite this, and various attempts to get the ball rolling on fixing the pontoon and easing congestion, Deputy Snowdon thinks it’s too little too late.

“In my understanding, nothing is being done until the end of the season,” he said. “But why haven’t we sorted out something now, and got a temporary pontoon?”