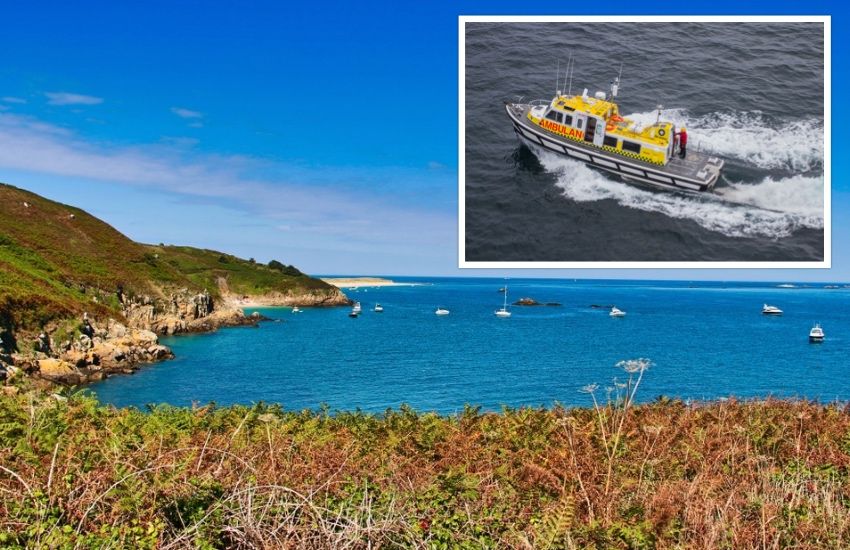 St John's marine ambulance was sent to Herm yesterday for a patient who needed to be transferred to Guernsey.

The Flying Christine III left St Peter Port at 19:40 and arrived in Herm 12 minutes later. An Emergency Ambulance Service paramedic and an Emergency Medical Technician travelled on the vessel, which was crewed by a volunteer coxswain and engineer.

The Flying Christine was back in St Peter Port by 20:10 and the patient was then taken by road ambulance to the emergency department at the Princess Elizabeth Hospital.

Pictured: The lifeboat service is crewed entirely by volunteers and funded by donations, sponsorship and subscription charges.

This was the third mission for the St John marine ambulance in May, having also been sent to Sark and Alderney earlier this month.

The Emergency Ambulance Service said this morning that it had responded to 16 calls in the past 24 hours. Two members of off-duty staff had to be called back into work to provide cover for the island.

The Flying Christine III is provided by the St John Ambulance Guernsey charity. It is funded by donations and sponsorship, charges and subscriptions. The boat crew is made up of skilled volunteers from the local marine community and staffed by clinicians from the Emergency Ambulance Service.