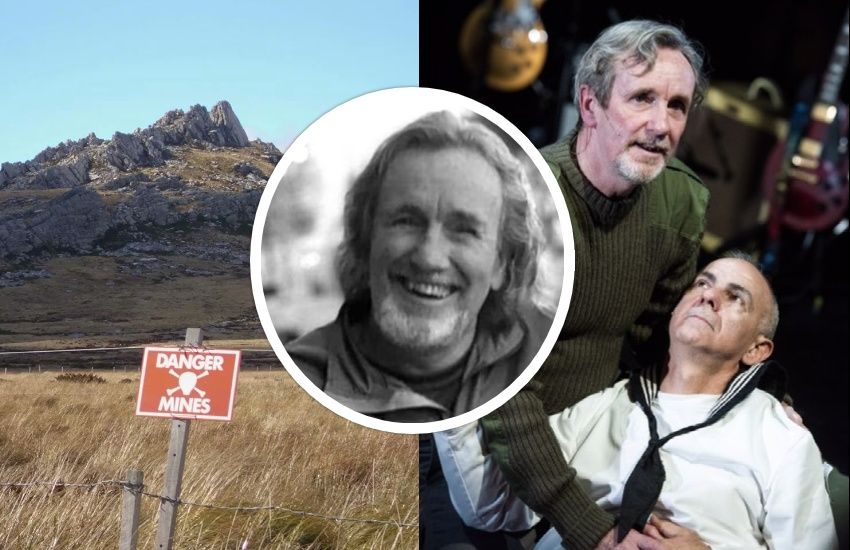 A special educational needs teacher who fought in the Falklands has shared his experiences with Express ahead of the 40th anniversary of the war on Saturday.

Lou Armour, who was a Royal Commando, has opted to take a permanent position at Le Rondin school instead of returning to the stage as an actor in a documentary-style play with both British and Argentinian Falkland veterans.

Mr Armour said he had never considered acting before his name was submitted for consideration for the play, Minefield, created by Argentinian theatre-maker Lola Arias.

“When I left the marines in 1986, I avoided anything to do with the war. I never kept in touch with anyone; I just wanted a completely fresh start,” he said.

“I received an email out the blue from someone at the BBC who wanted to talk to me about the Vietnam massacre. He knew that Lola was auditioning veterans for Minefield and he passed my details to her without my knowledge.

“Acting was not something I had ever considered doing, but I absolutely loved performing on stage and I ended up performing Minefield 171 times in 35 cities across 18 countries.” 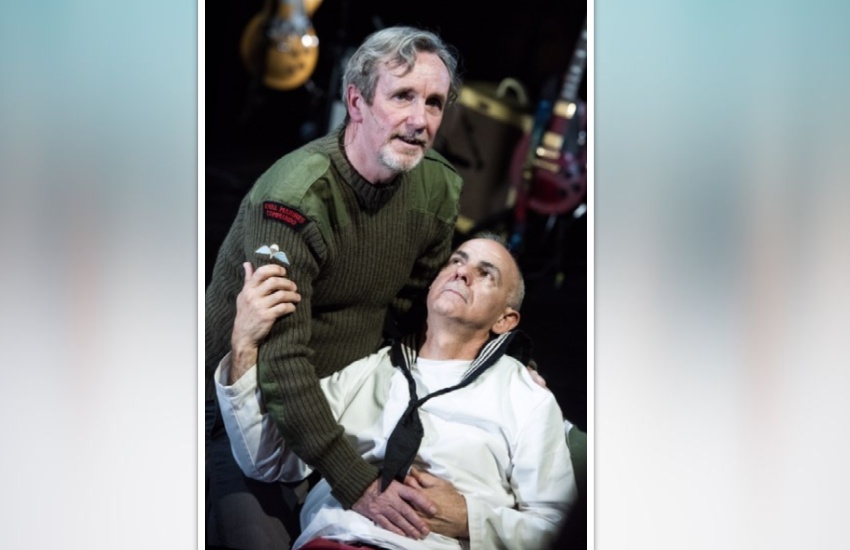 Pictured: Lou Armour (left) performing a scene which portrays the moment an Argentinan officer died in his arms.

The play will be running its last 24 shows in Buenos Aires.

“I had a tough decision to make as to whether I would perform in this last run. I had been working as Le Rondin on a supply contract but was fortunate to be offered a permanent position; if I decided to continue with the play it would have meant leaving Guernsey and the role at Le Rondin,” said Mr Armour.

“I decided to stay at the school because I have already performed in Buenos Aires on three other occasions and I really enjoy my job at Le Rondin; I have a lot of patience for children with special educational needs and teaching them allows for opportunities to be creative.

“I would like to be involved in amateur dramatics on the island now that I’m staying.” 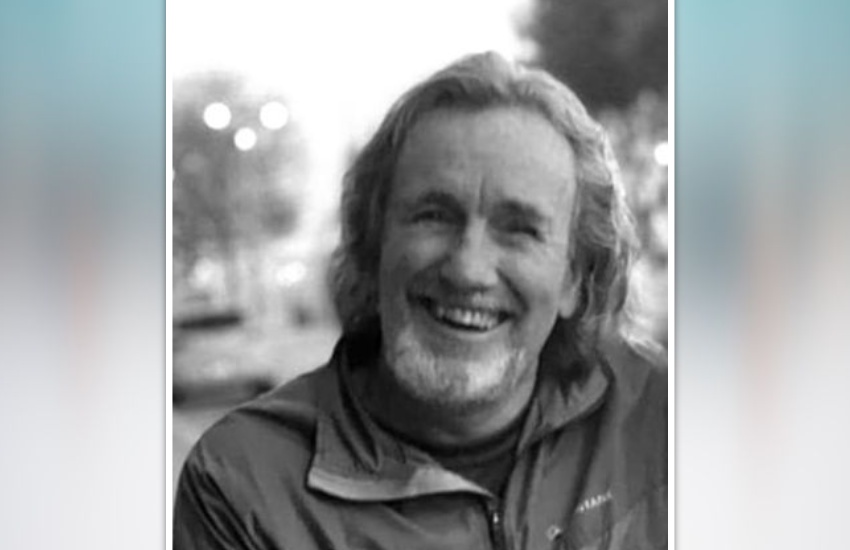 Mr Armour, who played himself in Minefield and portrayed his real-life experiences, will be replaced by an actor.

“The play portrays some very significant moments from my time in the Falklands, including a scene where an Argentinian officer died in my arms. The officer is played by Rubén Otero, who is a Belgrano survivor.

"That moment happened at Mount Harriett, which we, being 42 commando Royal Marines, attacked from the rear after breaking through their minefield. Our casualties were seven killed and 30 wounded, while the Argentinian losses were 18 killed, 50 wounded and 300 captured.

"It is strange to see someone acting out my life and my story. There are times in the play when I would break the fourth wall and be open about my experiences so to have someone now acting that, when the other cast members are veterans, is a weird experience,” he said.

Mr Armour said that he had not been entirely comfortable with applause or being the focus of his own story.

“Lola always told us 'reduce, reduce, reduce', because if we acted out our stories in their entirety each of us would be on stage for 6 hours. In order to make the play, our stories needed to be cut right down to just the essential parts and that meant leaving out parts about other people," he said. 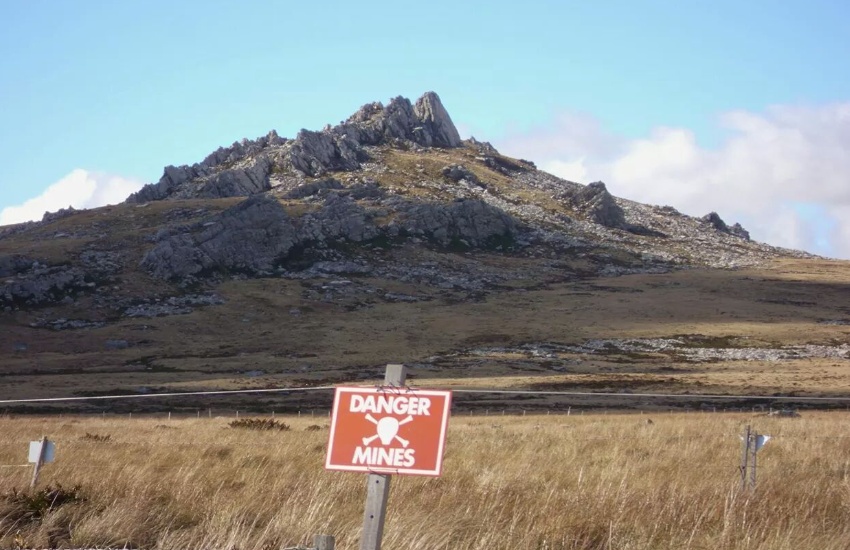 Mr Armour continued: “I was never entirely comfortable with this because the war was not so much just about Queen and country, it was about the guy next to you. Talking only about myself and relaying the stories in terms of 'I' instead of the other men was extremely difficult because they were all so important.

“We had to be quite violent in chopping our stories down and I always felt quite guilty about cutting out my comrades and friends; it was something I really struggled with.

“There was also a really difficult balance between over or under playing the role; I didn’t want to come across as a braggart, but equally didn’t want to swing too far and be too modest about events."

Mr Armour recalls meeting the other cast member, some of whom fought for the opposition, when rehearsals began.

“Initially Lola kept the British and Argentinian veterans separate because there was a concern that there would be animosity or fighting, but they are men just like me,” he said.

“I had an idea for the first meeting that Lola should provide us with a map and I began pointing out where I had fought, then the other veterans started to do the same. It was a great icebreaker." 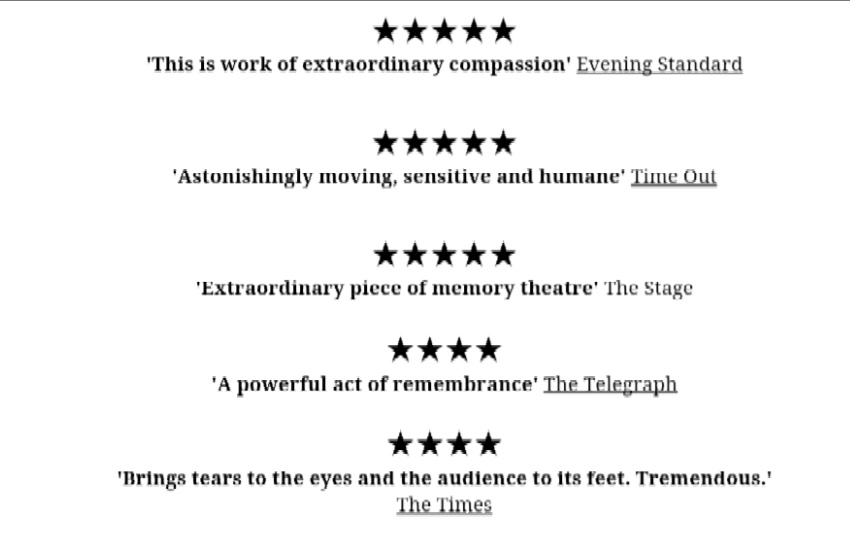 “Performing with former enemies and meeting families of loved ones killed during the war was an emotional and humbling experience. I've given papers about my experiences at Manchester, Cambridge and Buenos Aires universities and I visited several schools in Buenos Aires," said Mr Armour.

He said that there was a respect between the veterans, including towards the Argentinians, because they had 'all been fighting mano a mano'. He said the same comparison could not be made with the current war in Ukraine.

“I don’t have any respect at all for Putin and I feel sorry for the Russian conscripts because they don’t know what they’re fighting for and the Russian’s do not care about their men; it’s shocking,” he said.

“When I saw events unfolding I had a deep anger towards Putin and my first thought, like many veterans, was that I would volunteer. I had to calm myself down and remember that I’m 63 now and, although I’m still very fit, I might be more of a hinderance than a help.” 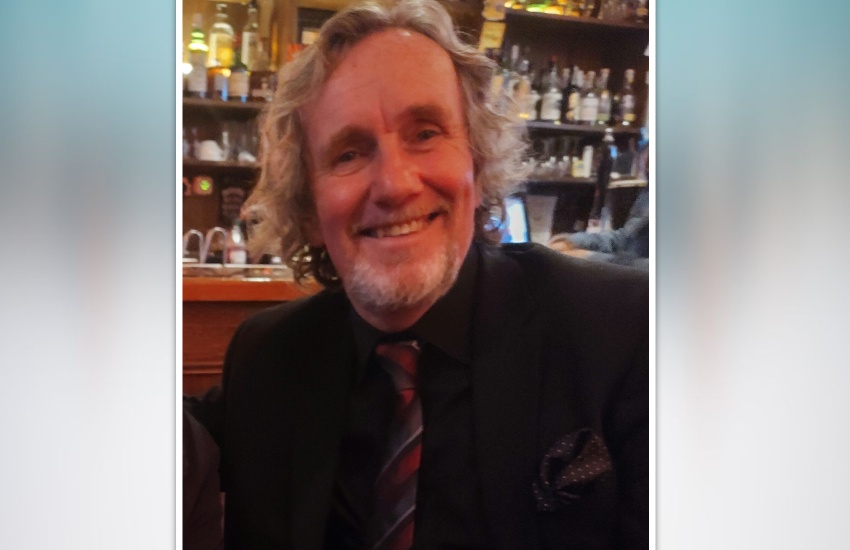 After returning from the Falklands, Mr Armour trained marine recruits.

“When it came to the training exercises, I really struggled with the mundaneness of it all after my real experiences of war. I volunteered myself for special forces, but I didn’t get in,” he said.

“I then looked inward as to why I had done that and instead started looking at gaining qualifications. I took myself out of the marines and enrolled in university and eventually wrote a PhD on the psychology of colour.

“I absolutely fell in love with academia and university life. I had always been a tolerant person anyway, but after leaving the marines I became a vegetarian because I didn’t want anything to do with killing; I became very conscious of the harm in the world and I think that pushed me towards academia and my love of books.

"Teaching at Le Rodin is great because it requires you to think on your feet, be reactive and expect the unexpected, which all appeal to the marine in me. If you can’t do plan A you have to go to B and C and so on, that’s just a part of the role.

“I would say that my experiences in the Falklands and teaching recruits when I came back really shaped me because I had to reassess my whole life and what I wanted from it; and that is to help others.”