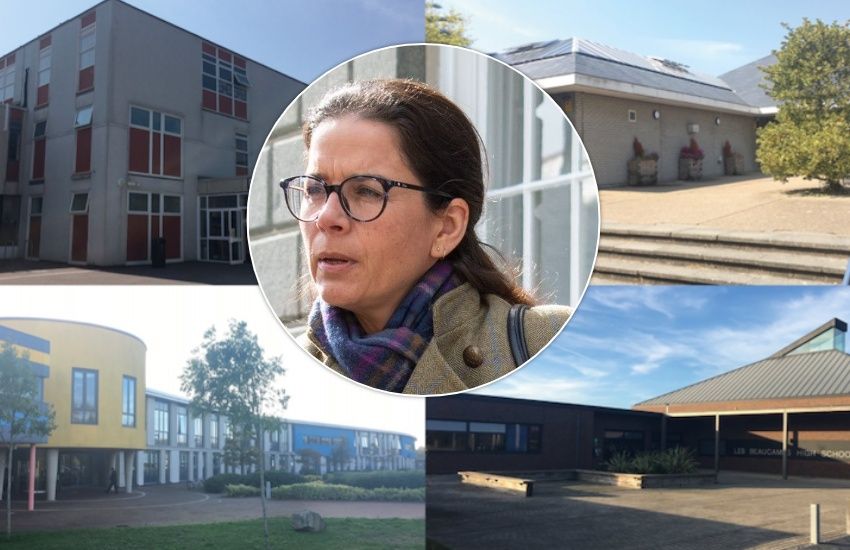 The Committee for Education, Sport & Culture is being asked for more information by deputies concerned about the collapse of its deal with R G Falla to build a new post-16 campus at Les Ozouets.

The Committee said it pulled out of its relationship with R G Falla because the firm wanted to make changes to their draft contract which would have left taxpayers carrying too much risk. R G Falla countered with claims that the post-16 campus was not commercially viable under the terms demanded by the States.

The post-16 campus is planned to include a sixth form college and The Guernsey Institute and is the centrepiece of the Committee's £105million reorganisation of secondary and further education agreed by the States in September 2021.

Deputy Peter Roffey sent all deputies and the media an open letter last night in which he asked the Committee seven questions about its reorganisation plans and requested answers ahead of Wednesday's States' meeting.

"I was shocked and disappointed to learn of the termination of the contract with R G Falla to build the proposed new post-16 campus," said Deputy Roffey.

"I believe all stakeholders, students, parents, teachers, deputies and the wider community will share my dismay at the uncertainty which now clouds the proposed way forward. This clearly needs to be addressed as rapidly as possible." 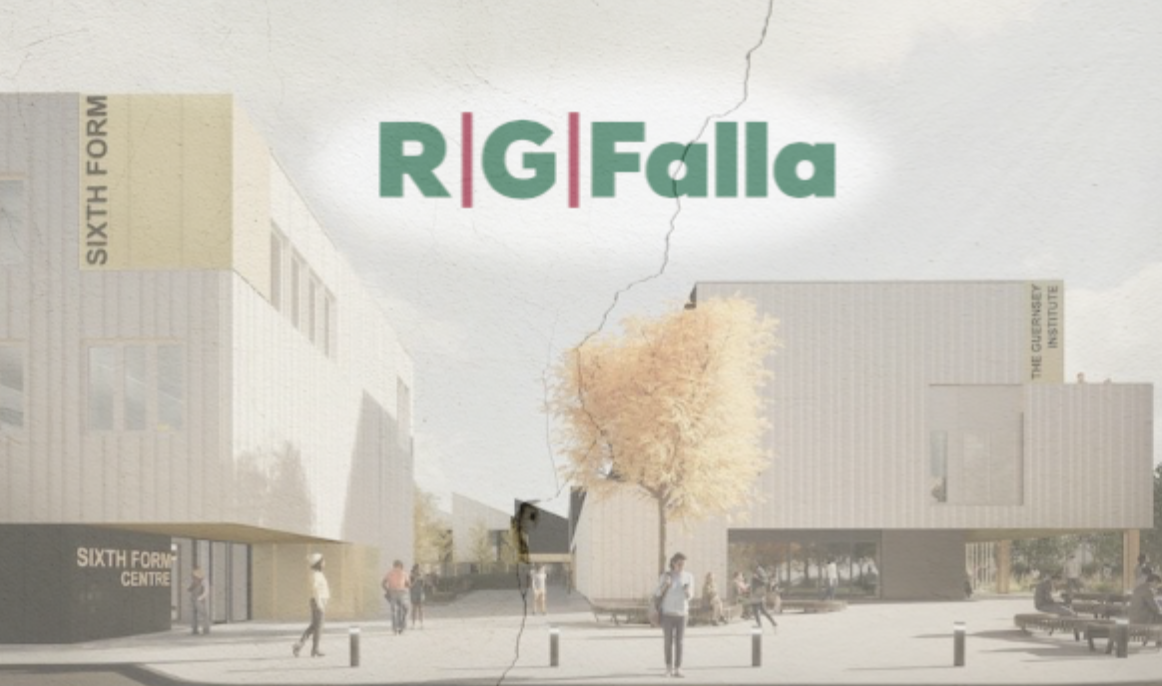 Pictured: The Committee for Education, Sport & Culture is looking for a new construction partner for its flagship post-16 campus after its deal with R G Falla was terminated earlier this week.

Deputy Roffey voted against the Committee's reorganisation when it was debated by the States - alongside a limited range of other models - in July and September last year.

In his open letter to the Committee last night, Deputy Roffey said: "As you know, the agreed model of secondary and tertiary education is one I profoundly disagree with.

"I believe it will prove to be extremely expensive and thereby lead to compromises in educational provision. These include larger class sizes, restricted curriculum choices and fewer subject specialists.

"The one consolation I took away from what was, for me, a devastatingly bad decision by the States last year was that it would at last provide certainty for all stakeholders, after years of debate.

"Now it seems as if even that consolation risks being no more than a mirage." 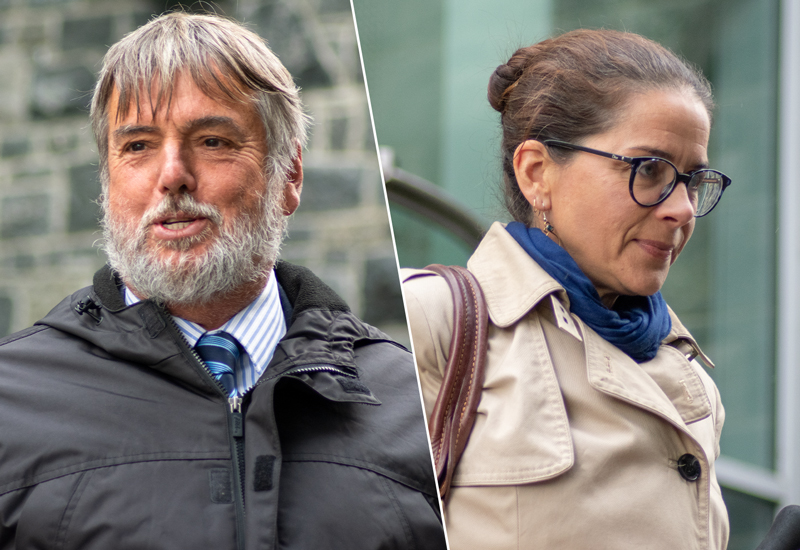 Pictured: Deputy Peter Roffey's open letter asks the President of the Committee for Education, Sport & Culture, Deputy Andrea Dudley-Owen, a series of questions which he said he would ideally like answered before next week's States' meeting.

Deputy Roffey asked for answers to the following seven questions:

1. Will the Committee for Education, Sport & Culture stick by the firm promise it gave me in the States that if the project risks exceeding the agreed price envelope it will bring it back to the Assembly for debate?

2. If the cost of the project cannot be contained within that price envelope, will the Committee consider a more modest plan to press on with the very long overdue new Guernsey Institute campus at Les Ozouets, in order to provide vocational students with the provision they desperately need and deserve?

3. If the new post-16 campus cannot be completed by September 2025, will the Committee reconsider the transition plans?

4. Does it accept that to close La Mare de Carteret and relocate that 11-16 cohort to Les Varendes before relocating the sixth form facility would lead to circa 1,100 pupils on the site?

5. If so, is this not a very similar size of school as that envisaged under the previously-agreed two-school model but without the benefits of the proposed additional accommodation and facilities?

6. If this number is incorrect, can the Committee explain exactly where all of the pupils will be located across the three remaining secondary school sites?

7. Please can the Committee indicate exactly when it expects to be able to reassure the whole community over the route map forward, together with timings and costings, for this crucial project? 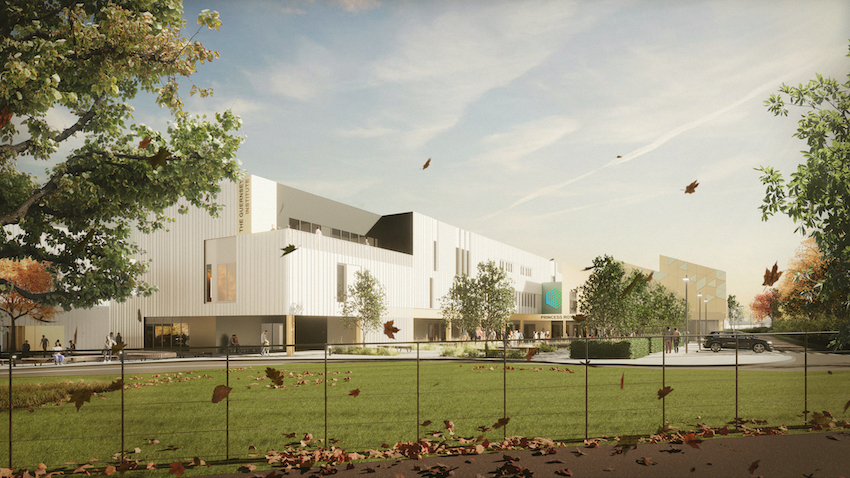 Pictured: The Committee originally intended to open its flagship post-16 campus at Les Ozouets in September 2024 before delaying it until September 2025. It now acknowledges that a further delay is likely as it looks for a new construction partner.

The Committee's President, Deputy Andrea Dudley-Owen, pictured top with the States' current four secondary schools, said she and her members were "not disheartened" at the loss of their construction partner for the post-16 campus because they "know that this model remains the right fit for Guernsey and builds a firm foundation for the island’s future success".

But she acknowledged that "it is not yet possible to state with any accuracy what the cost implication" will be of appointing a new contractor to build a post-16 campus, most probably with a longer completion date.

Deputy Andy Cameron, a member of the Committee, told Express last night that he hoped his colleagues on the Committee would use the further delay to reconsider an alternative education model he put forward 18 months ago.

He said last night that he still believed the model he suggested then - which included retaining Les Varendes for 11-18 studies including a sixth form - would be "more efficient than the current proposed model". 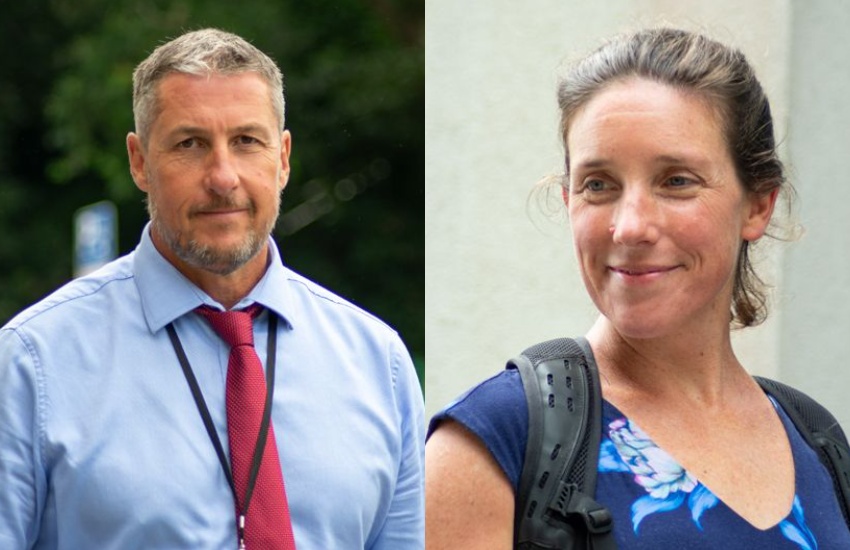 Pictured: Deputies Andy Cameron and Lindsay de Sausmarez tried unsuccessfully to persuade the States' Assembly last year not to agree to move the States' sixth form to Les Ozouets but instead to retain it at Les Varendes as part of an 11-18 offer on that site.

Express approached Deputy Lindsay de Sausmarez, who seconded Deputy Cameron's unsuccessful amendment in the States last year. She said she was concerned then about the economics of the Committee's model and had since become even more concerned.

"As a parent, my first thoughts are of course with the students, teachers and others affected. That includes my own children, given how likely a further delay appears to be," said Deputy de Sausmarez.

"As a politician, I'm mindful that the States will soon be asked to impose a significant new tax on the community.

"In my view, it is incumbent on us to take a really honest look at our own expenditure to ensure that, before we raise further revenue from an already-squeezed public, we have exercised prudence in our own expenditure of hard-earned taxpayer pounds.

"An original rationale for changing our model of secondary and post-16 education was to move to a system that was much more economically efficient and more educationally effective. This model would achieve neither of those objectives.

"So it now looks as though the project may not be able to progress on the previously-agreed terms and I will urge the Committee to complete the review that we were once promised in order to provide assurance around best value for money and the best possible educational opportunities and outcomes." 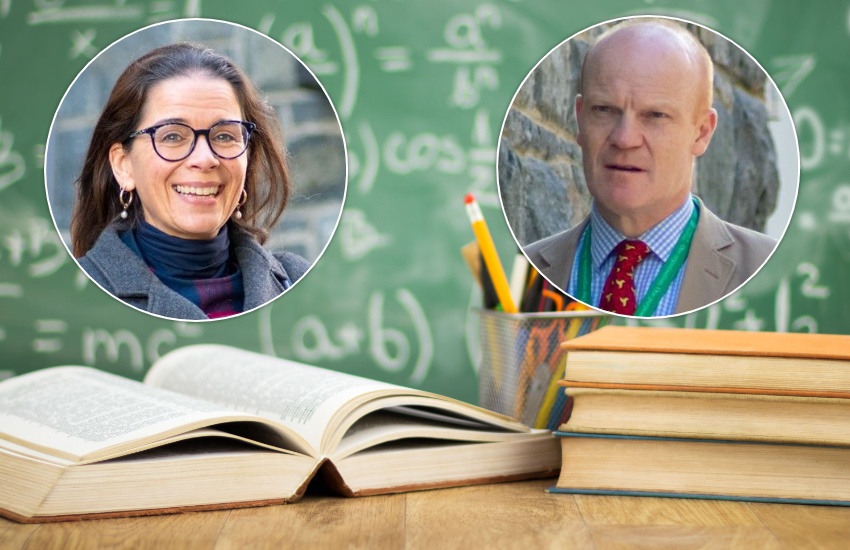 Pictured: Deputy Gavin St. Pier is speaking to colleagues about the possibility of putting an urgent question to the Committee for Education, Sport & Culture.

Deputy Gavin St. Pier said that he was considering approaching the Bailiff for permission to ask the Committee a Rule 12 urgent question in the States' Assembly on Wednesday.

"R G Falla has stated that the contract is not commercially viable. That raises serious but obvious questions about whether any other contractor can now be found and, if so, what will the new costs and timing be to deliver the project," said Deputy St. Pier.

"In my experience, there is now zero chance of delivering this within the original cost envelope. Given that the Policy & Resources Committee is seeking to hike taxes next month, not least it says because of a shortage of funds for capital projects, whilst it will be uncomfortable for many we have to ask whether we still have the right project on the table.

"Do islanders really want to fork out GST on their weekly shop to pay for a second sixth form college [at Les Ozouets] when we have a perfectly serviceable and relatively new one just up the road [at Les Varendes]?

"The Policy & Resources Committee has stayed characteristically silent. But, if it is doing its job, it is supposed to provide governance for the capital programme. So what does it think of this news?

"I am considering what question should at this stage best be asked of the responsible committees ahead of next week's States' meeting. As the rules are pretty prescriptive about what can be asked at short notice, with only one question per topic to a committee permitted, I need to liaise with others to see what they may be thinking."

Costs of Les Ozouets delay not yet known