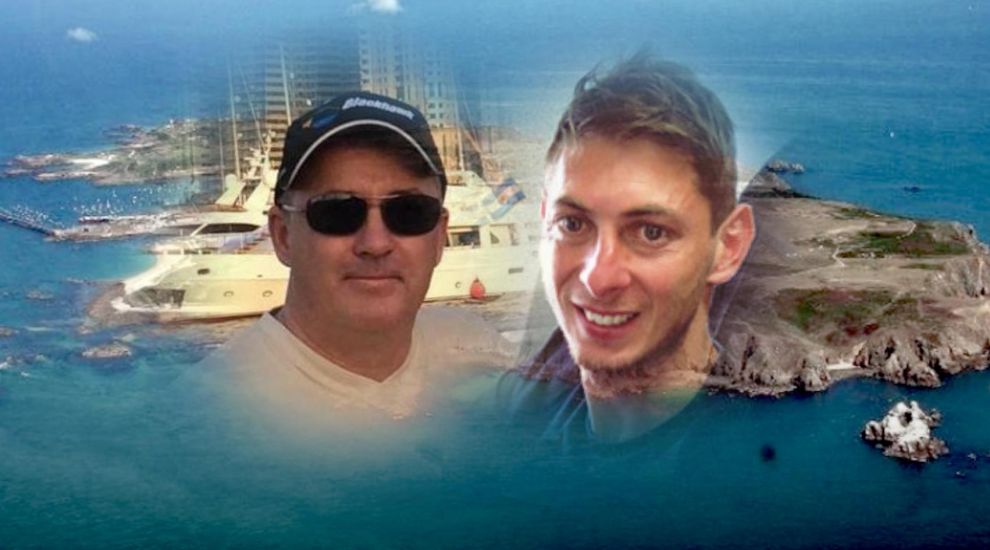 It was a wet and windy Monday night in January 2019 when a small plane, now known to have been carrying footballer Emiliano Sala and pilot David Ibbotson, went down near Alderney.

For months, the nation watched the tragic incident unfold and, a year later, the investigation into what happened is still yet to reach a conclusion.

The Piper Malibu aircraft, which was travelling from France to the UK, first lost contact near Les Casquets just before 21:00 on 21 January 2019.

Lifeboat crews from Guernsey and Alderney were dispatched to search for the plane, along with the Channel Islands Air Search team and a French coastguard helicopter. 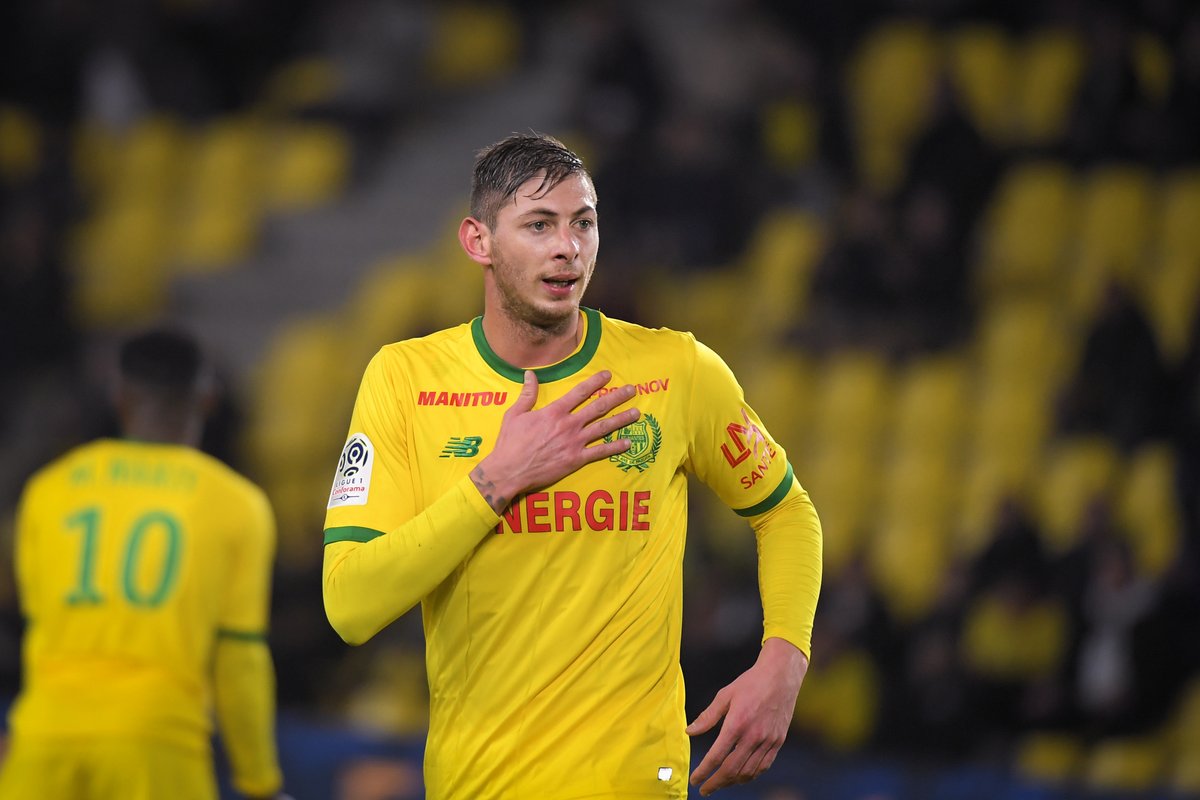 The following day it was rumoured that Argentinian footballer Emiliano Sala, 28, who had been reported missing, was believed to be onboard. He was in the process of moving from FC Nantes to Cardiff City, where he had been signed for £15million. It was quickly confirmed he was travelling between the two cities when the plane was lost.

The search continued and, on the following Wednesday, the pilot was named as David Ibbotson - a 60-year-old dad of three from England. He had been booked to fly Mr Sala to Wales, having left France on Monday evening.

Concerns were raised over the safety of the plane, after it emerged that Mr Sala had sent WhatsApp voice messages to his friends whilst in the aircraft saying he was "so scared".

The multi-organisational search, run by volunteers and co-ordinated by Guernsey's Harbourmaster supported by Guernsey Police, was called off on Friday 25 January - the third full day of searching. Harbourmaster Captain David Barker said there was no more the team could do. At this time there had been no trace of the aircraft or the two missing men. 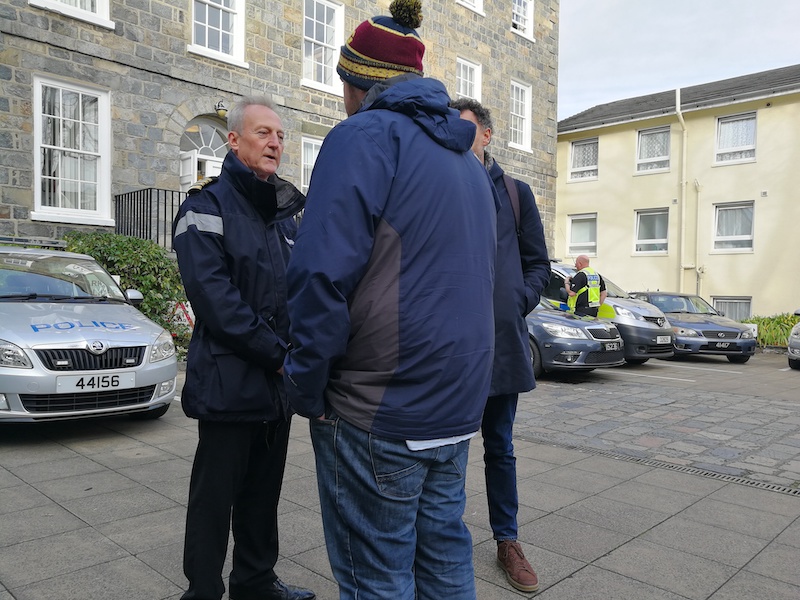 Pictured: Captain David Barker called off the search for the missing plane after three days.

However, Mr Sala's family were unhappy about the search being called off so soon and a fundraising page was set up to raise money for a further private search of the Channel. The GoFundMe page raised more than £300,000 over a short period, with some high profile footballers, such as Lionel Messi, pledging money.

Just one week after the plane went missing, a privately organised underwater mission was announced. Wreck finding expert, David Mearns was flown over to the island and launched a fresh search on behalf of the Sala family.

Days before the second search was due to begin, two seat cushions believed to be from the missing Piper Malibu washed up on the French coast.

Mr Mearns had to wait for a break in bad weather before he could set out with his team, who left early on Sunday 3 February. A sonar equipped survey vessel was brought over to Guernsey for the mission, which was narrowed down to 2sq nautical miles. 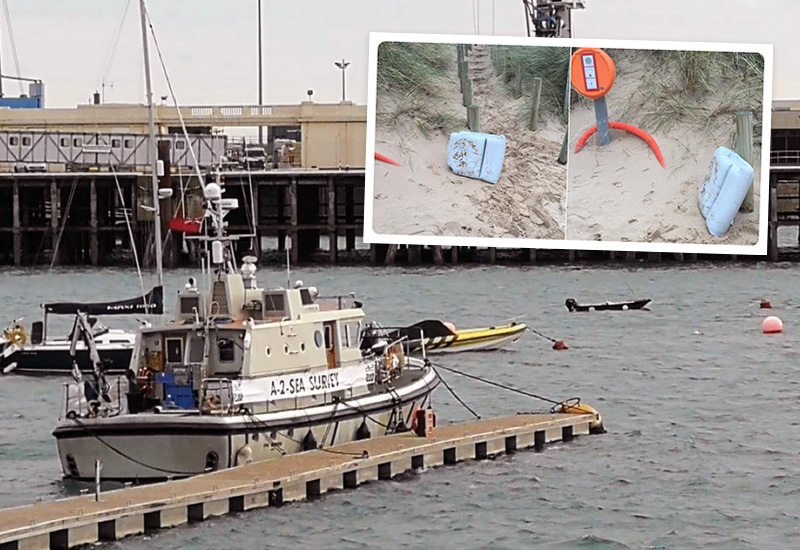 Pictured: The survey vessel.
Insert: Two cushions believed to be from the missing plane washed up on the French coast.

That same day, the team returned to St Peter Port Harbour having found the wreckage of the plane lying on the seabed north of Alderney.

The following morning, video footage from the Air Accident Investigation Branch confirmed there was one body still inside the wreckage. After consultation with the men's families and the police, it was decided that the body would be brought up from the seabed.

The then unidentified body was retrieved in challenging conditions on Thursday 7 February and, the next day, tests confirmed it was that of Emiliano Sala. The bad weather meant teams were unable to bring the plane up from the bottom of the sea.

A few weeks later, the AAIB released a report into the incident, which raised questions over what caused the plane to twist and turn before plummeting to the ground. The branch didn't come to a conclusion in that report, but it also brought the pilot's lack of a commercial licence to light. 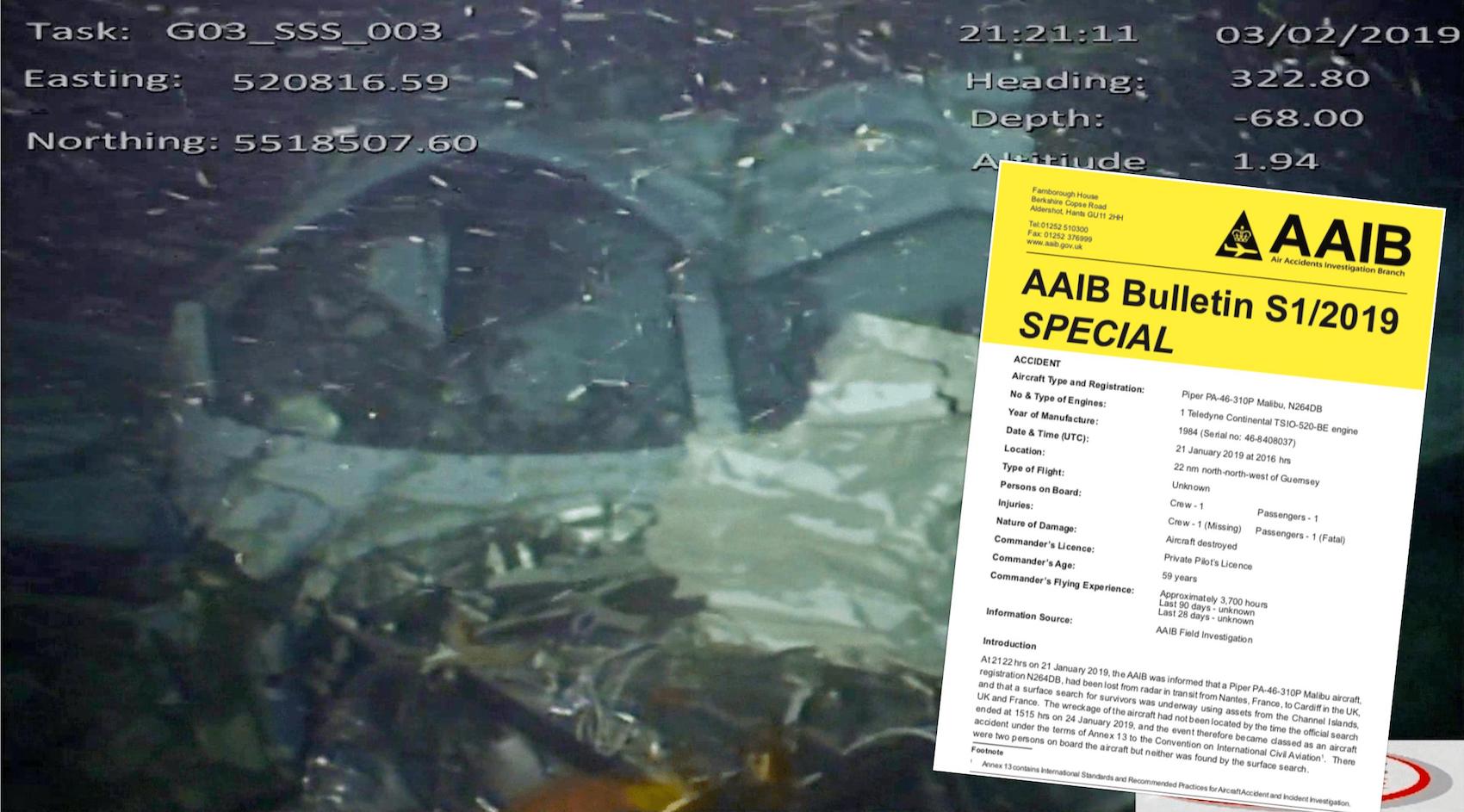 Pictured: The AAIB report over an image of the plane wreckage.

While the AAIB said it was not going to launch another search for Mr Ibbotson, a fundraising campaign by his daughter won over the public, raising more than a quarter of a million pounds.

Divers headed down around Les Casquets on 27 February to look for the missing pilot, but no body was found and the search was eventually called off.

While investigations into the cause of the crash continued, a 64-year-old man from North Yorkshire was arrested under suspicion of manslaughter by an unlawful act. He was released on bail and is said to be helping with the investigation.

In a later report from the AAIB, released in August last year, it was revealed that a post mortem test result on Mr Sala's body found high levels of carbon monoxide in his blood. As Mr Ibbotson would also have been exposed to CO, it was considered the likely cause of the accident. 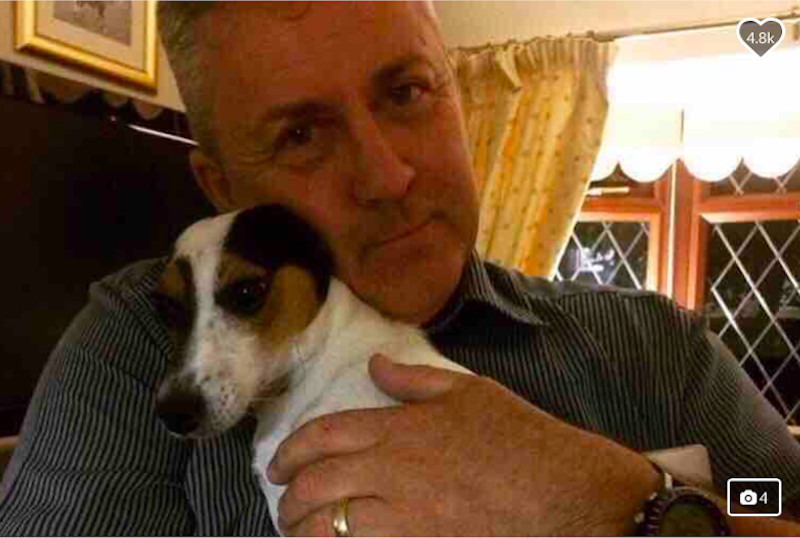 An interim report released in August, announced there were no plans to retrieve the aircraft from its resting place at the bottom of the ocean, and that the investigation continues.

In November 2019, an inquest into Mr Sala's death, held in the UK, heard how the wreckage of the plane had washed away from the area where it was first found. A Senior Inspector for the AAIB explained how the decision not to retrieve the aircraft was a safety precaution and said investigations were still ongoing.

The AAIB is yet to release its final report, which is expected to reach a conclusion in the coming months.