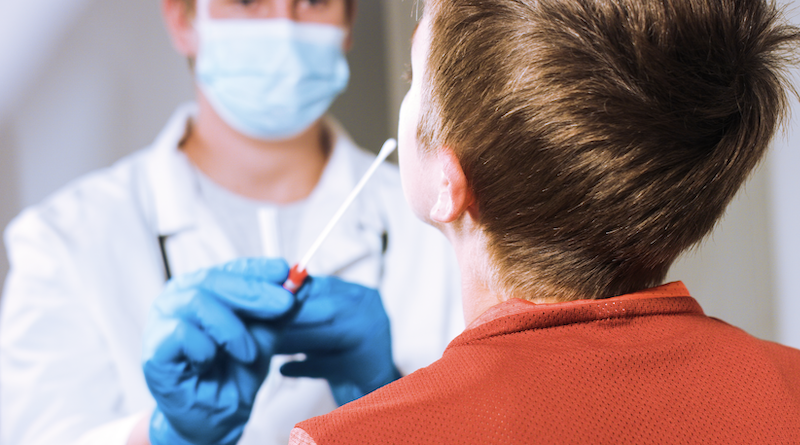 Another 248 cases of covid-19 were identified over the weekend, but there were also 164 recoveries. There are now 578 known active cases.

Release of the latest testing figures coincided with the States announcing a new drop-in facility on the East Arm where people aged 12 or over can have a PCR test if they have already tested positive on a lateral flow test.

Waiting times for ‘gold standard’ PCR tests have increased recently as case numbers and the demands on public health services have risen. The States hope that holding daily drop-ins for PCR tests will help speed up the testing regime and make it more efficient to run.

The self-swab PCR test is available at the East Arm in St Peter Port between 09:00 and 10:45 every week day. No appointment is necessary, though people must arrive by car as the testing facility cannot accept cyclists or pedestrians.

Anyone wishing to take a PCR test this way will need to arrive at the East Arm with their positive lateral flow test and, if possible, a phone or tablet computer as well. 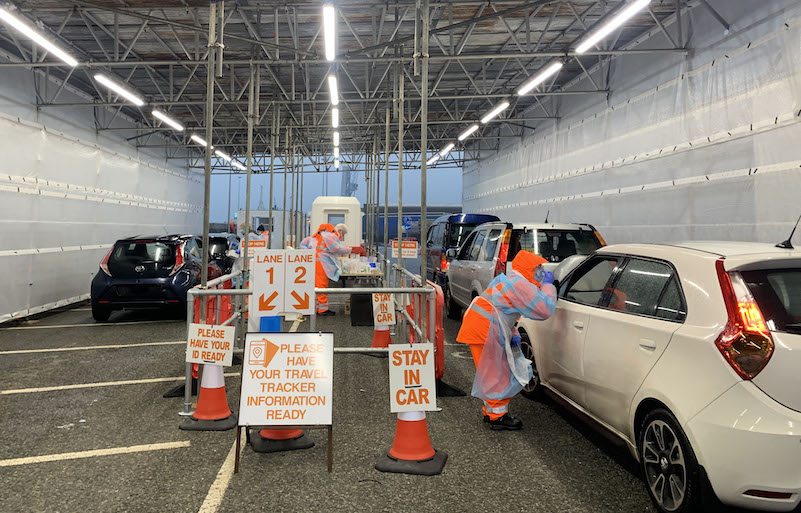 Pictured: The drop-in tests - for patients with no appointment but with positive lateral flow tests - will run for the next two weeks at least.

“We have a lot of other coughs and colds circulating too and we want to ensure people are tested quickly,” said Richard Evans, who is the Director of the States' covid response.

“All of that has meant the time we spend on hold when we call the helpline, and the time it takes for a test to be scheduled in, is getting longer.

“Our call-handlers and schedulers are working incredibly hard to keep the turnaround as fast as possible. But by introducing this new option, even though it’s only suitable for some patients, it will help relieve some of that pressure and speed things up all round.”

The drop-in tests will run for two weeks initially but may be extended if demand remains high to alleviate pressure on testing facilities at the Princess Elizabeth Hospital.

Ten days ago the Chairman of the Civil Contingencies Authority, Deputy Peter Ferbrache, warned that the island's 'track and trace' services were at maximum capacity.

On 12 November, he said: “We’re concerned that we’re standing at a threshold now where if we don’t act, we will see the number of cases rise higher and higher until there’s no way to reign them back in. Our capacity to track and trace active cases per day is at its maximum threshold."

At that time, the Bailiwick had 385 cases, nearly 200 fewer than there are now.