Mandatory face masks "on the table" when CCA meets on Tuesday 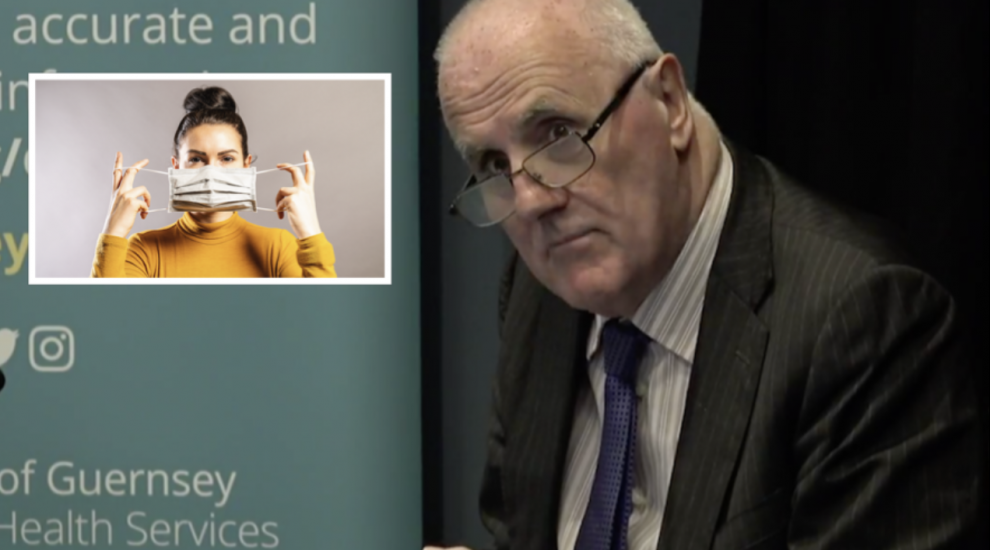 Mandatory face masks "on the table" when CCA meets on Tuesday

The Bailiwick now has more known cases of covid-19 than at any other time during the pandemic - and the Civil Contingencies Authority is discussing whether to make face masks mandatory.

With the number of cases now at 385, CCA Chairman Deputy Peter Ferbrache has written an open letter to the Bailiwick. He says the CCA is "concerned that we’re standing at a threshold now where, if we don’t act, we will see the number of cases rise higher and higher until there’s no way to reign them back in".

At the start of the week there were fewer than 300 cases. A month ago there were only 80 cases.

"Our capacity to track and trace active cases per day is at its maximum threshold," said Deputy Ferbrache in his open letter, which you can read in full HERE.

"There is concern that cases could climb to such high numbers that the small percentage who would still become very ill and need hospital care is still a high number.

"We’re also worried that we could have so many active cases, isolating at the same time, that the delivery of key services will be compromised.

"And we’re worried we’ll look back at this point right now as the point when we should have acted but didn’t.".

1/ Today we have seen a further rise in recorded COVID-19 cases, with 79 new cases since we published our results yesterday.

While this is not putting an unmanageable strain on our Hospital Services just yet, it is a timely reminder to us all to be vigilant. pic.twitter.com/eh7o3wevmL

Pictured: Deputy Peter Ferbrache's open letter to the Bailiwick was accompanied by messages on social media in which the States emphasised the need for vigilance and reminded islanders of the potential risks of complacency.

Three weeks ago, the CCA "strongly recommended" masks in crowded areas and indoor venues where social distancing was not possible. Deputy Ferbrache accepts "the uptake has not been so good".

"Let’s face it, the use of face coverings is poor," he said. "Even in the sorts of places where they are recommended - crowded places, places with poor ventilation, places where it’s hard to socially distance – very few people are using them."

The CCA is due to meet on Tuesday and will discuss the possibility of turning its recommendation to wear face masks into a mandatory requirement. Deputy Ferbrache said that "...as much as we don’t like it, we have to keep the possibility of making face coverings mandatory on the table".

Pictured: The latest covid-19 figures released by the States include 79 new cases, bringing the number of known active cases to 385, which is more than at any other time during the pandemic.

From today, public sector employees in States' buildings and visitors to public buildings are expected to wear face coverings. “If we want to encourage the community to adopt these measures, the States need to lead by example," said Deputy Ferbrache.

However, Deputy Ferbrache's letter also sets out in some detail what he calls "counter arguments" against making face masks mandatory.

"We don’t believe it’s the job of government to legislate how everyone lives their day to day lives – at least, not unless we absolutely have to in order to protect the health and wellbeing and freedoms of others," he said.