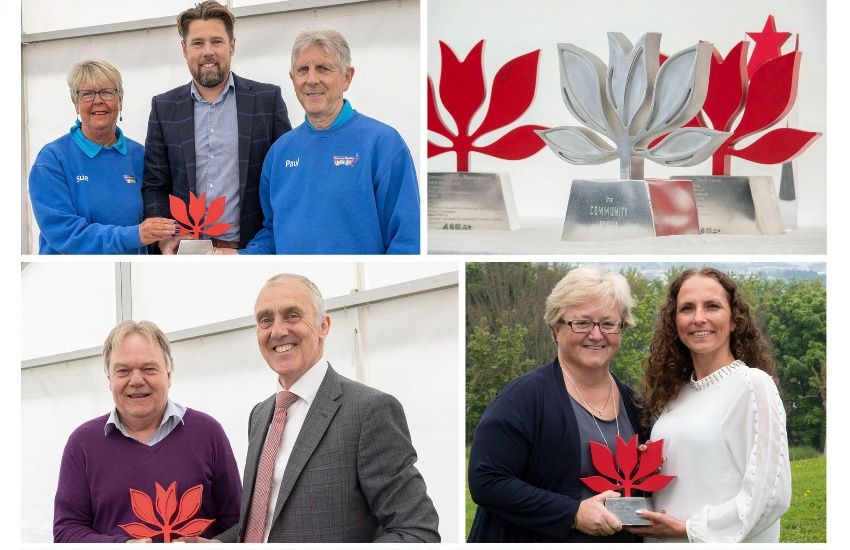 The winners of the Guernsey Community Foundation Community Awards were announced yesterday after several event delays due to the pandemic.

The event saw islanders recognised for contributions to the community across seven categories.

The Charity of the Year Award was presented to the Bright Beginnings Children’s Centre and Day Nursery. The centre supports up to 100 families each week and focuses on support for the “1001 critical days” from conception to two years old. 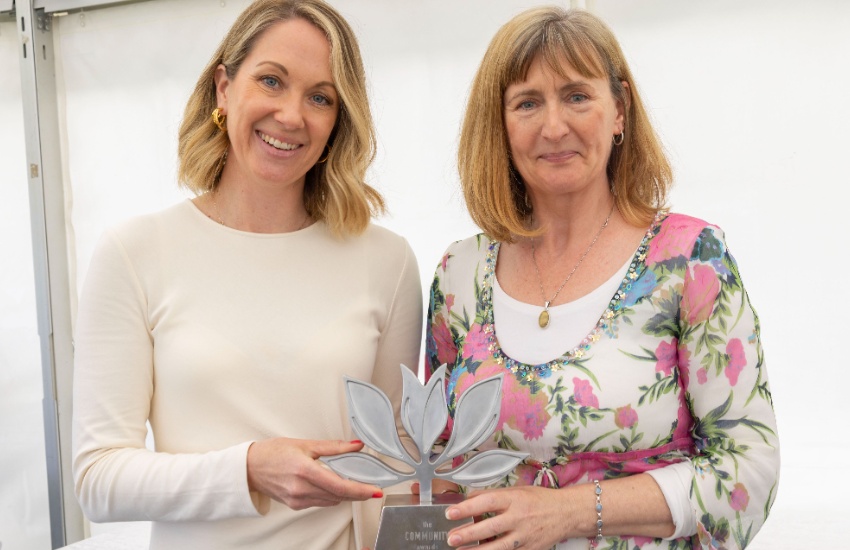 “We have been open for five years so the award it an acknowledgment of how far we have come in the last five years from myself and a nursery manager to an entire team of staff and volunteers and all the families who come to see us,” she said.

“We love what we do and we’re passionate about what we do and why we do it, so to know that the work is appreciated and is making a difference really means a lot and is so lovely to know.”

The Youth Award was presented to The Summer Project, which saw a group of nine young adults with additional needs give up part of their summer holiday to volunteer in the community.

The group washed cars, cleaned beaches, created a children’s trail through woodland at Les Cotils and worked in the St Peter’s community garden to make the path safer for older people.

They also fundraised for the benefit of the Kibera Farm Project and to provide shoes for children in Africa. 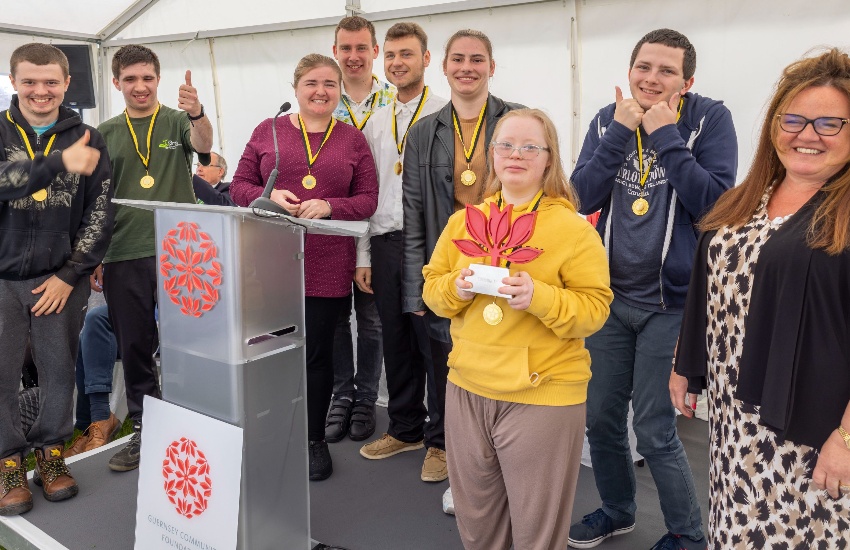 The Guernsey Sports Commission received recognition as Organising Committee of the Year for its work organising the Specsavers’ Youth Games.

Operations Director Graham Chester said credit for the award reached beyond the commission.

“The award is recognition of the hard work of a lot of people. Whilst we were the organising committee, there were more than 200 volunteers from 20 different sports who helped us; this is as much an award for all of them as it is for us,” he said.

“The Youth Games are for school years five and six, which is around the age where children are sometimes beginning to lose interest in sport. It’s a great event to keep them interested in sport and let them try a sport which they may not have had a chance to try yet. They make friends with children from other schools so it’s a big event and the sport is just one part of that.”

The award for Outstanding Individual Achievement went to Gerry Le Roy, who founded the Guernsey Cardiac Action Group 25 years ago.

Ms Le Roy was also instrumental in the funding and training of local cardio physiologists, which has resulted in patients being able to stay on-island for treatment.

She also raised funds to pay for a Community Resuscitation Development Officer, who has delivered free CPR and defibrillator training to over 4,500 islanders. 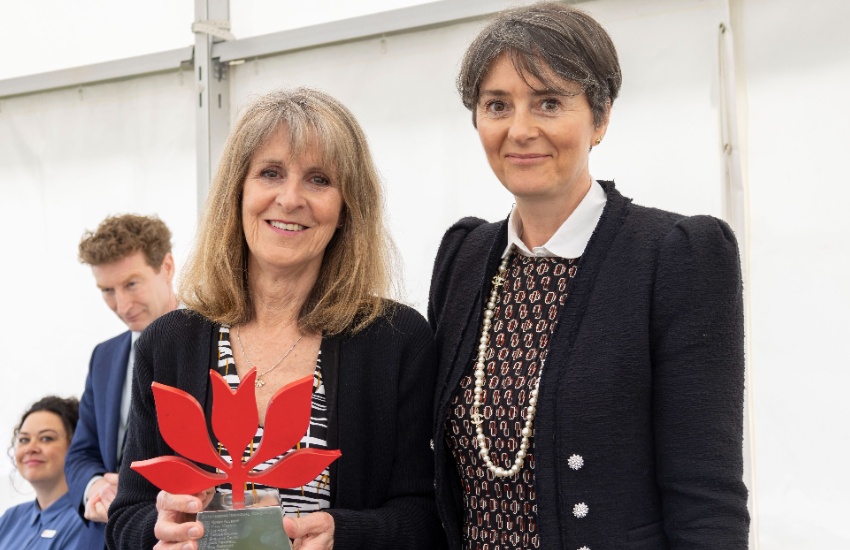 Ms Le Roy's nominator said: “It is thanks to Gerry’s vision, passion and determination that the Cardiac Action Group has a growing network of Public Access Defibillator sites across the island.

“Of equal importance is the significant progress that has been made through Gerry’s promotion of the group in awareness training and the confidence that gives to our wider community when dealing with sudden cardiac arrests.”

The Innovation Award was present to Guernsey Mobility, Let’s Go!, which brings together people with a range of mobility issues to socialize and play sport.

The not-for-profit organisation has been working with pupils from St Martin’s Primary School who supervise and participate in the sporting activities, culminating in a “mini Olympics” event. 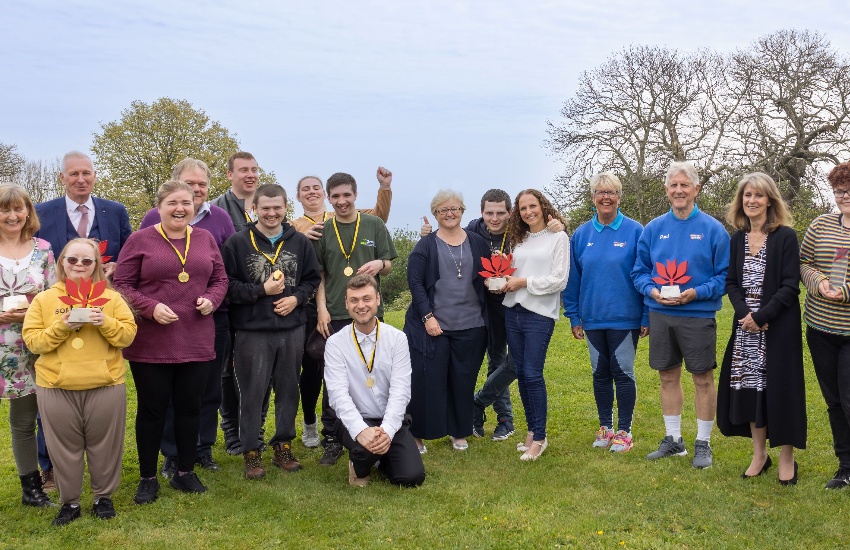 Lead Coach Paul Wheatley said that he had been involved in sporting activities his whole life.

“When I came to retire, I looked at what was available in the community and realised that people in the third sector weren’t always well looked after or had opportunities,” he said.

“I got together with a few people in wheelchairs and things took off from there, there was no big plan I just wanted to help people get more active.

“I’ve always been an idea person and like to look at ways to do new things, but you never know how it will turn out. The idea went off in lots of different directions and what we’ve evolved now with the school children being involved has helped to keep things interesting and progressive.”

Sue Duport, another lead coach for the charity, added: “The children really add another dimension with their enthusiasm and by the end of the session they’ve had a good work out too so it’s a win-win from both sides." 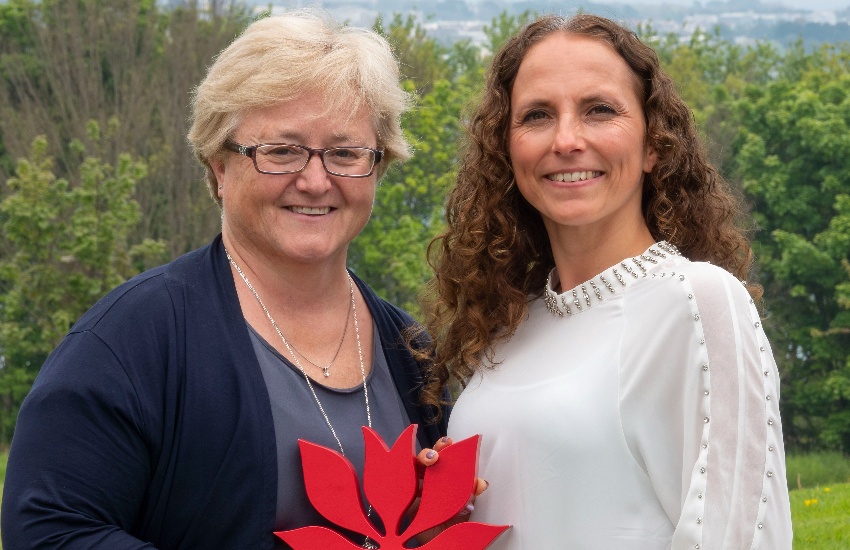 Sure Guernsey finally scooped the award for Corporate Social Responsibility as a fourth time nominee.

Since its establishment in 2012, the Sure Community Foundation has donated more than £250,000 to more than 60 local charities.

Sure Community Foundation Chair Karen Jagger accepted the award and the £2,000 prize, which will be donated to the local community.

“Myself and the other members of the Sure Community Foundation are over the moon at achieving this award," she said.

"We’re a group of volunteers and have worked hard and put much of our own time and effort into fundraising and working to support local charities and other good causes. This award signifies that Guernsey recognises the Foundation as beneficial to our community, and really, that’s the best reward.” 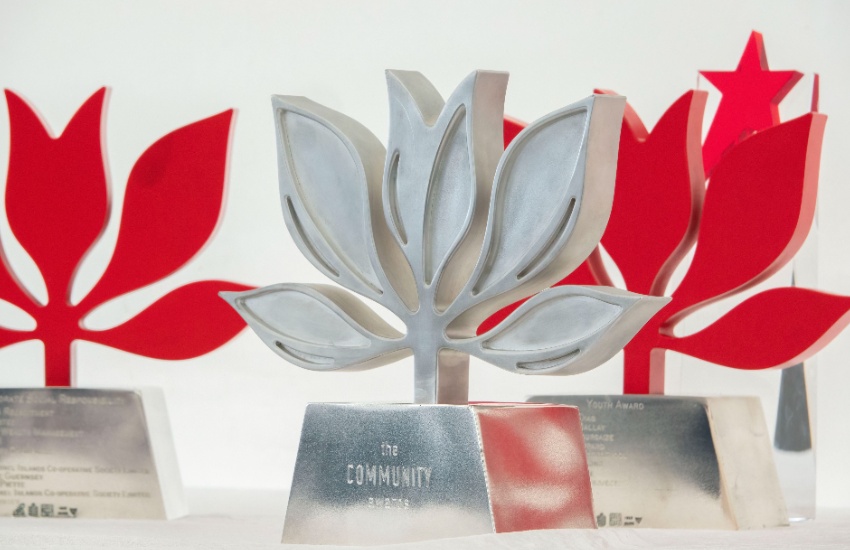 Pictured: The annual award ceremony had been postponed several times due to covid. (Credit: Chris George.)

Ray & Scott received the Fundraising Team of the Year Award for its Diamond Dream Initiative.

The initiative offered a 20% discount to customers buying diamonds and gave them the option to donate some of that saving to charity.

The business had aimed to raise £60,000 for six charities through the initiative, but instead raised £140,000, which has since been donated to 14 charities.

Managing Director Martin Search said the success of the initiative had “exceeded all expectations”.

“We never expected to receive this award and it is thanks to the support of all our customers. It has been so successful that we will continue with it until I retire, and I don’t plan to ever retire,” he said.

“I want to dedicate the award to my late mother who passed away 15 months ago with dementia, and I am pleased that one of the charities which we have been able to donate to is the Guernsey Alzheimer’s Association. I would also like to thank GreenAcres [Specialist Dementia Care Home], Moira Boyd and everyone who provided care to my mother.”