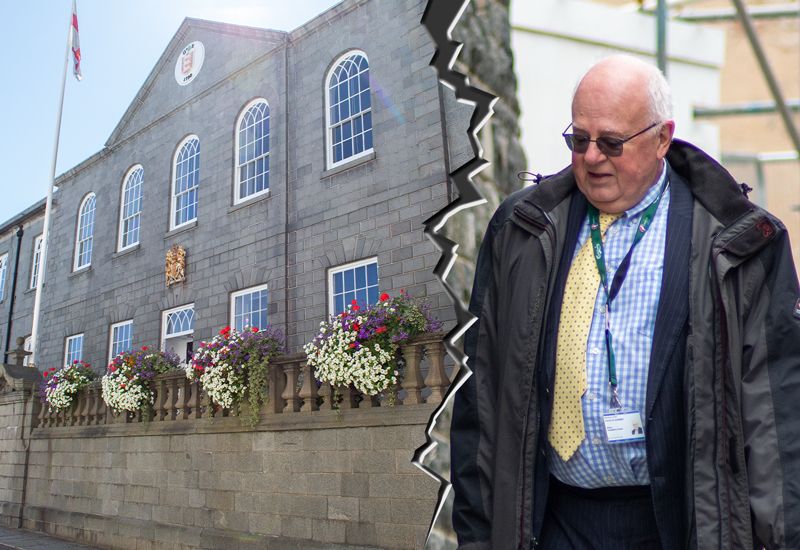 Suspended States Member Chris Le Tissier has resigned from his committees, who will need to wait until September to replace him.

Deputy Le Tissier has been sidelined from both Home Affairs and the Development & Planning Authority since the beginning of March, after he was found to be criticising members of the public and other deputies using an anonymous twitter account.

After being unmasked as 'the Pirate' on Twitter, a Code of Conduct Panel recommended his expulsion from the States for breaking six sections of the guidelines governing States members' behaviour relating to honesty, transparency and upholding public confidence.

A second panel was convened following an appeal by Deputy Le Tissier, determining that his anonymous, derogatory remarks to others warranted a one-year suspension from the States, but not outright expulsion.

In a hotly-contested debate, deputies voted in favour of suspension without pay, with effect from 14 July.

It has raised questions about what Deputy Le Tissier would do about his committee seats. That has now been answered by his former committees, who have submitted motions to the States to elect new members.

This also includes the Transport & Licensing Authority, which is now all-but defunct and has not been convened this year, Express understands.

By the time new members have been elected in September, more than six months will have passed with Home and the D&PA under-represented.

No names have been linked to the vacant positions as of yet.