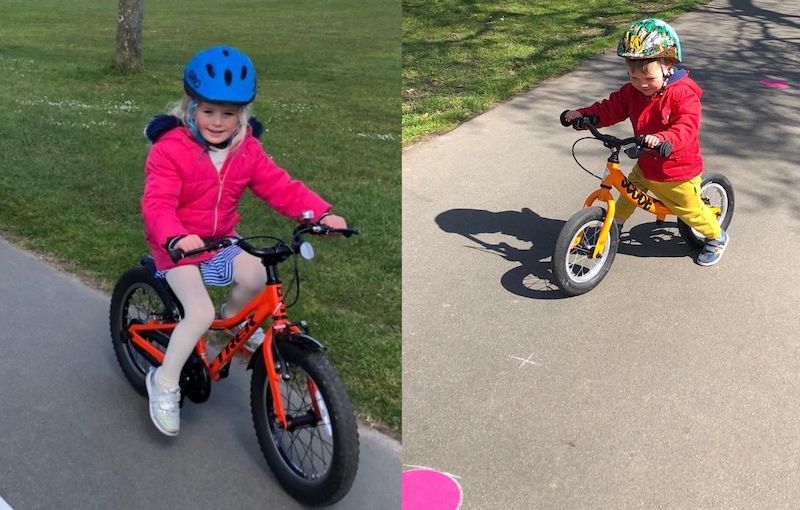 New markings have been laid on a path at Saumarez Park giving children the chance to practice on their bikes in a safe environment.

The markings run around a section of the perimeter road from the back carpark towards the playground and leading towards the National Trust Folk and Costume Museum. They include a yellow line, a zebra crossing and roundabout.

"Hundreds of children regularly use the park to enjoy their bikes," said Alex Costen, Active Travel Officer for the Health Improvement Commission.

"The markings now provide some extra challenges to try, whether that’s on a small balance bike, or larger pedal bike."

"And as well as being fun trying to negotiate the dots and zig zags and other markings, it’s also a safe space where parents can help their children to learn some key skills and build confidence before progressing to riding on the road, such as stopping at a yellow line and keeping to one side of the road."

States Works laid the markings for the Commission following a successful trial in chalk last summer. The markings are made of thermoplastic material and Mrs Costen says they should fare well through all weathers and last longer than paint.

‘We know that many parents can be concerned when teaching their children to ride a bike about making the transition from learning to cycle to riding on the road," she added.

"Congested roads with little dedicated cycling infrastructure can make cycling on the road with children a daunting experience, but during lockdown more people were said to have felt safer cycling on the quieter roads. Worldwide, similar bike parks have been used to improve knowledge and riding skills in a car-free environment, as a steppingstone to road confidence.’

Alongside the new markings, the Commission will also gift 25 balance bikes and helmets, bought through Adventure Cycles, to Early Year’s Settings who are registered with the national initiative Ready Set Ride and have the space to  teach their children basic bike skills.

"Ready Set Ride is a great scheme with lots of free, quick and easy games children can do to learn cycling skills from a young age, such as balance and hand eye coordination," said Mrs Costen.

"We’re delighted to be able to gift the balance bikes. We hope they will provide lots of fun and excitement for many young children and inspire them to practice their skills using the markings at Saumarez Park."

A temporary sign has been installed in the back carpark, highlighting the bike park area. A similar installation was made at St Anne's School in Alderney last year.

E-bike sharing scheme on the way