Cheshire Home reaps the benefits as Cobo is kept clean 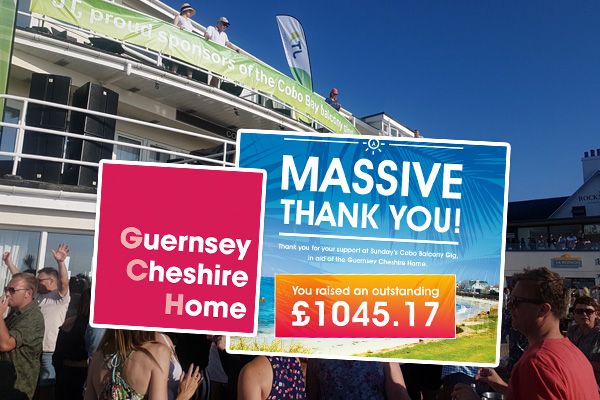 Cheshire Home reaps the benefits as Cobo is kept clean

A fundraising drive during last weekend's balcony gig was given a boost by increased efforts to keep Cobo bay litter free.

Volunteers who were walking through the crowds with donation buckets collected more than one thousand pounds, as those enjoying the free gig dug deep throughout the afternoon.

Phil Trouteaud was one of the volunteers on the day and said they collected £1045.17, all donated through the bucket collections.

In a variation to previous fundraising techniques, on this occasion they went on to the beach and spoke directly to people there, rather than just those on the road in front of the Cobo Bay Hotel who were all enjoying the music, provided by City Limits and Fleetwood Bac.

Mrs Nussbaumer; who is a keen environmentalist and who is one of the driving forces behind efforts to ensure Cobo Bay and the surrounding areas are left clean and litter free after the event, had suggested they ask for donations in exchange for collecting rubbish from those on the beach.

Mr Trouteaud said a number of people were happy to place their beer cans and barbecue rubbish in the volunteers black bags in return for a donation. 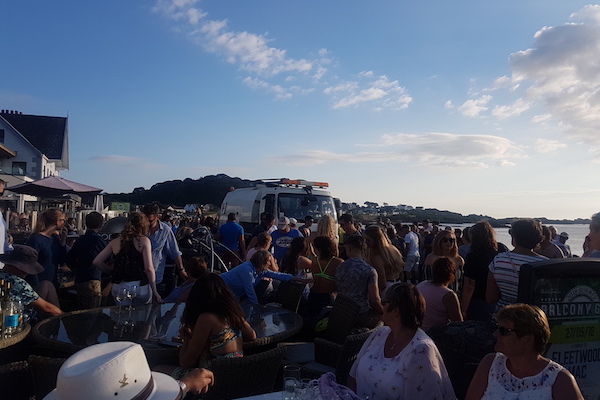 The second balcony gig of 2018 was another success for the organisers, with hundreds of people enjoying the sunshine on the west coast with live music from the balcony of the hotel.

After complaints regarding rubbish left on the beach following the first balcony gig of the year at the beginning of May, the owners of the Cobo Bay Hotel, David and Julie Nussbaumer, shared with Express their detailed plans for dealing with rubbish left over after their event. Those plans include paying for a road sweeper to clear the road after the music has finished (pictured above.)

The Nussbaumer family, the event sponsors , the balcony gig host; Carl Ward and hotel staff all encouraged those present to put any rubbish in the bins provided or to take it home with them. It appeared to work with no complaints following the late May Bank Holiday balcony gig.

A ride of respect