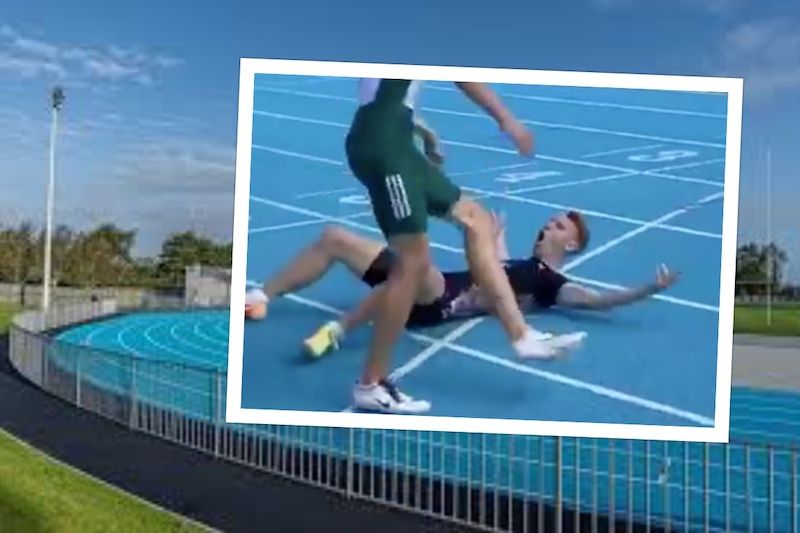 Guernsey's 400m hurdler Alastair Chalmers broke through the 50-second barrier for the first time as he cemented his reputation as one of Great Britain's top prospects at the distance.

Alastair, the younger brother of GB 400m runner Cameron Chalmers, made the 50-second breakthrough in a three-runner field at Footes Lane at the weekend.

Pictured: Alastair Chalmers is the first 400m hurdler in Great Britain to run under 50-seconds this season in an unusual and heavily restricted campaign. The Powerof10 website records GB athletes' performances.

The Olympic standard is 48.90, however as a young athlete, Alastair has shown the ability to improve considerably and has laid down a marker for his GB compatriots to try and match when athletics resumes on a national scale.

Alastair's previous best came last season, when he ran it in 50.07 seconds in Geneva in June 2019.

That was a breakthrough campaign for Alastair in which he finished in 4th position at the British Championships last August, narrowly missing out on a place on the podium.

Guernsey is due to host the postponed Island Games next year, while the re-scheduled Olympic Games is due to take place later that summer.

Pictured top: Alastair Chalmers at the end of his record-setting race, the conclusion to which was filmed by his brother and GB 400m runner Cameron Chalmers.