A 26-year-old has been sent to prison for cultivating five cannabis plants and refusing to provide his phone's pin code to police out of fear of what his dealer would do to him.

Callum James Curtis has been sentenced to two years and nine months in prison by the Royal Court.

On 23 August 2019, officers carried out a search of his flat following reports of a disturbance, where they found 0.47g of cannabis that belonged to him.

On 21 November, Curtis was asked for the pin code to his phone as part of the investigation, however he declined and was prosecuted for his failure to disclose that information under the Regulation of Investigatory Powers Law, 2003.

The second offence occurred while the defendant was on unconditional bail for the first. On 12 June 2020, officers attended his home address and found 3.9g of cannabis and 5.48g of cannabis resin stored in various places.

Officers also found a key to an outbuilding on the mantlepiece. During their search of it, they found a black tent containing five cannabis plants at various stages of maturity under LED lighting. 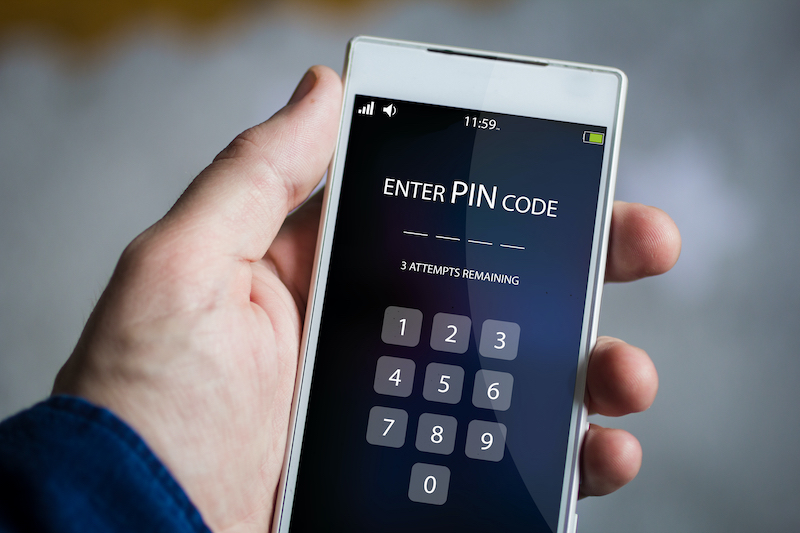 Pictured: Curtis was prosecuted for failing to provide officers with access to his mobile phone, which is classified as a RIPL offence.

Curtis again failed to provide the pin code to his phone, with Defence Advocate Sam Steel offering some insight into why his client was unwilling to grant officers access .

"Mr Curtis wanted to avoid communications between him and his drug dealer from being investigated by police," he said. "He did not want to suffer from the implications that others have suffered from. He himself has witnessed violence that has resulted from a similar passage of events."

Advocate Steel said his client was on incapacity benefit because of various illnesses which made his life "a living hell". He turned to cannabis, using up to 1g per day, as a form of "relief' as he said his prescribed medicine failed to numb his pain.

"He was clearly spending most of his money on his substances," said Advocate Steel of Curtis' cannabis use. "He is underweight and did not spend money on the essentials."

It was for those same reasons that Curtis started cultivating cannabis while on bail, which Advocate Steel said was only ever going to be for his personal use.

The advocate said his client had reasons for "newfound optimism" in his life through treatments that could help his condition. He wanted to secure a job, as he finds being unable to work "frustrating and boring", another contributing factor to his use of cannabis.

Pictured: The Bailiff Richard McMahon said the cultivation charge was the reason that the case was escalated to the Royal Court. If not, the original offences would have been dealt with in the Magistrate's Court, which has lower sentencing limits.

However The Bailiff, Richard McMahon, said he and the Jurats were "sceptical" of the defendant's insistence that the cannabis plants were for personal use only. He said Curtis' "association with other drug users" meant, in their view, that others would "inevitably consume what was harvested by this crop", which was estimated to yield around 250g of dried product.

Mr McMahon identified several "aggravating factors" - chief among them was the fact that Curtis had committed offences while on bail.

"It is quite clear to us that you paid no attention at all to being caught. You merrily proceeded to continue your drug use, compounding your offending in quite a significant manner.

"If you do not change your ways, your future looks extremely bleak. There is never an excuse for unlawful drug use in the belief that the health service cannot meet your needs."

He reiterated that the Court takes RIPL offences very seriously as they stand in the way of "a full and proper investigation" that might identify other perpetrators.

Pictured: In total, Curtis was sentenced to two years and nine months, starting from Thursday 15 October 2020.

The Jurats were also sceptical about the sincerity of Curtis' remorse, with Mr McMahon concluding that it was only when the immediate threat of imprisonment became apparent that "the impact of your decisions hit home".

"We note the impact that sending you to prison would have on your family," he said in closing. "But you should have thought about that before."

Curtis was sentenced to two years in prison for the cultivation charge and one month, concurrent, for the possession charges. Concurrent means that a sentence runs alongside another sentence and does not add to the overall total.

Curtis was then sentenced to nine months in prison for each of the RIPL offences, concurrent to one another but consecutive to the cultivation sentence, making a total of 33 months in prison.