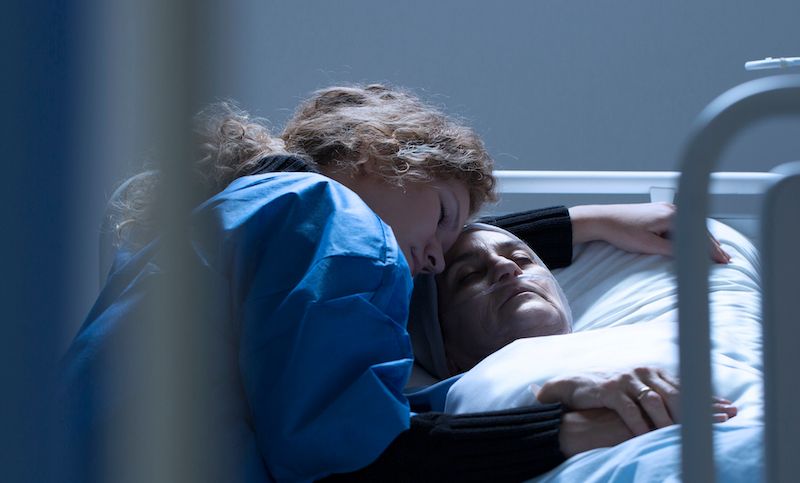 The British Medical Association has dropped its long-standing opposition to assisted dying.

A doctors’ union voted right down the middle in whether the BMA would support or oppose assisted dying in the future, with 49% in favour, 48% opposing and 3% abstaining.

The Chief Executive of Dignity in Dying, Sarah Wootton, said the decision will allow for more constructive discussions on assisted dying in the UK, where both euthanasia and assisted suicide remain illegal.

Important that the BMA can now engage constructively in the upcoming debates on assisted dying. It’s taken many years of campaigning and huge hard work led by @DrJackyDavis and @_HPAD as well as @lloydmriley & @dignityindying members to get to this stage. https://t.co/nquSThCggA

Ms Wootton supported Guernsey’s vote on assisted dying in 2018. Deputy Gavin St Pier brought a requete to the Assembly asking for an agreement ‘in principle’ to develop a legal regime permitting assisted dying.

The motion was lost 24-14 and no further investigations into assisted dying were launched.

Deputy St Pier has argued that the review should be re-prioritised, as it sits within priority 3 of a large list of focus areas. He has welcomed national news on the BMA’s stance.

Another step down the road to the U.K. inevitably and eventually following Canada, New Zealand and a host of other jurisdictions in improving individuals’ end of life options. https://t.co/f9Gw6kAd13

Jersey appears closer to changing the law than both Guernsey and the UK, with a citizen’s jury voting 80% in favour of allowing assisted dying earlier this year.

These recommendations are being followed by a full report and a subsequent States vote, which could see a change in law drafted before the end of 2022.

No such vote is on the cards in Guernsey anytime soon, with the island’s Chief Minister, Deputy Peter Ferbrache, labelling Deputy St Pier’s requete as a ‘vanity project’.

So, it’s yet to be seen whether assisted dying will be debated again anytime soon, but the BMA’s announcement has certainly got people talking.

Superb news and shame Guernsey didn’t lead the way on this but hoping we will make right decision going forward! https://t.co/we0NIkhD9q

Posted by Vincent Cockett on Sep 15th, 2021
It is about time that our Politicians reflected Public Opinion on assisted dying. Usually someone with a terminal condition is considered a candidate for euthanasia, however, from personal experience, there are also long term sufferers in agonising pain and disability who do not have a terminal illness, but are left to a life of tortured suffering, whilst wanting to end their lives. The only way out is suicide, but that can lead to a violent death, assisted dying is clearly a more caring end.
To place a comment please login Login »