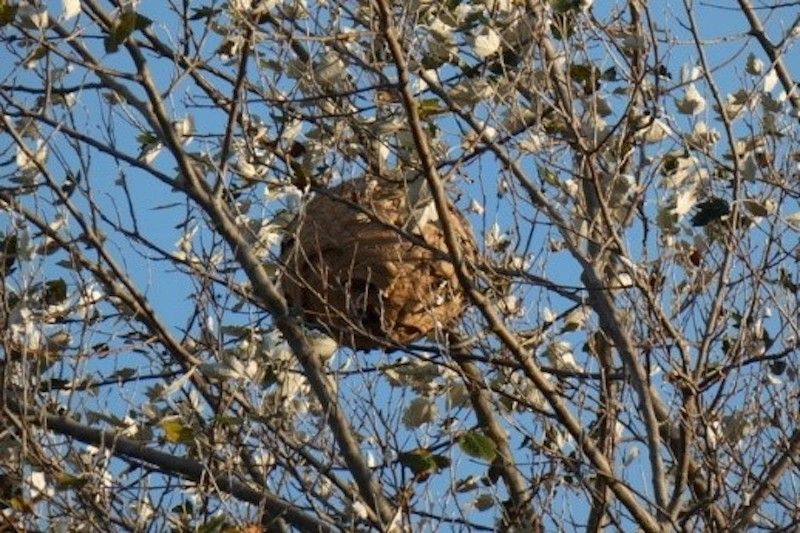 The Asian Hornet team has tracked down an elusive Asian hornet nest from L’Ancresse Road - just days before discovering another one off Camp du Roi.

Volunteers had been searching for the suspected nest in the Vale since the end of August, and it was successfully identified last week in a garden tree off L’Ancresse Road.

The team had suspected a nest was located in the Vale due to reports in the area by beekeepers. They were finally able to track its location after a worker hornet was spotted visiting the sugary bait station set up on La Mazotte.

The hornet was tracked, a flight line was established and the nest was removed the next day.

It was thought that due to the lack of recent reported sightings, this could be the last nest found on the island this year.

Francis Russell, Project Coordinator for the Asian Hornet Strategy, said that the team were relieved to have finally traced, located and destroyed this nest after nearly two months. 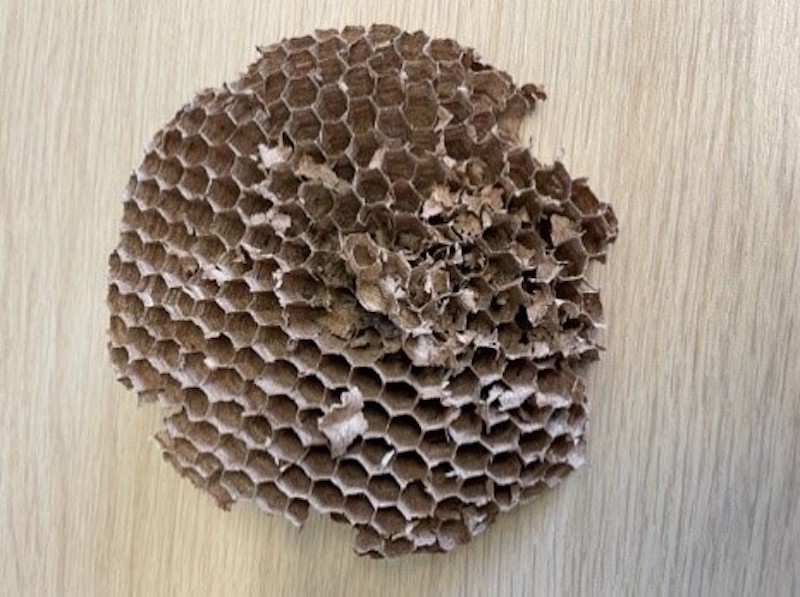 Pictured: A section of nest comb was found beneath the nest.

“We’re hopeful that when we come to examine the nest in the laboratory, we will find that is had not yet had a chance to disperse next year’s generation of queens. With any luck it was found in the nick of time."

However, just yesterday another nest was discovered this week, following a sighting of an Asian Hornet on Monday afternoon near a beehive in Les Salines Road.

The bait station installed by Mr Russell the same afternoon had attracted three actively feeding workers that were returning every 10-12 minutes.

Damian Harris, Mr Russell's colleague, tracked the worker hornets from the south and found the nest in a sallow scrub in Les Annevilles/Rue a Chiens.

"The nest will be treated and removed during the day today (Thursday)," confirmed Mr Russell.

He described 2021 as “a very active year” for the team, with 10 queen hornets caught in the island between April and June, the Spring Queening phase, two small primary nests found between phases and two large secondary nests discovered during the Track Don’t Trample phase, from June to October.

Sark has also been successful in trapping nine queen hornets in the spring but have not had any more sightings.

A nest on herm was located in the brambles and destroyed at the beginning of October, however, remains the first and only nest discovered thus far.

“The Asian Hornet team would like to thank everybody who has got involved in helping us with this ongoing threat to our native wildlife,” said Mr Russell.

“Public engagement is essential for our success, which is clearly demonstrated by the events of this year.”

Details and images of sightings should be emailed to asianhornet@gov.gg.