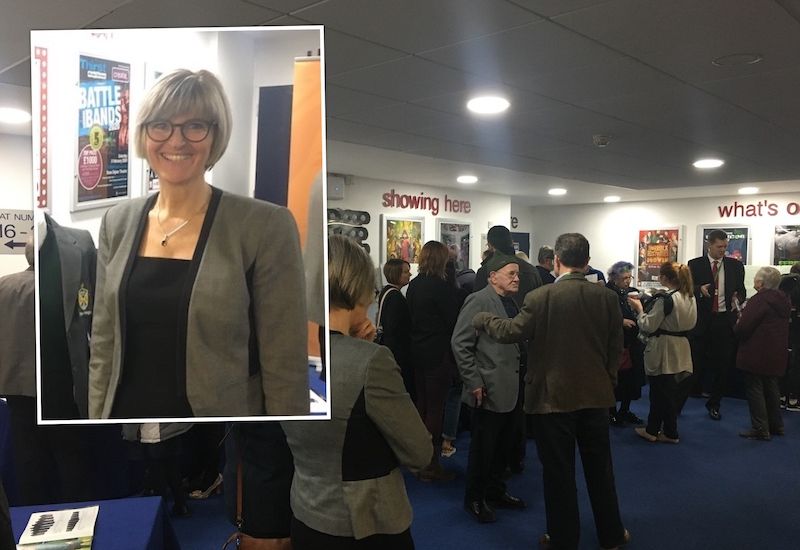 Guernsey's education bosses are continuing to try and get the public onside, with a drop-in session at Beau Sejour attended by hundreds of people with questions to ask about the transformation of secondary education.

Grilled on traffic matters, and also concerns over the amount of 'learning space' students would have at the new schools, both politicians and the head teachers spent hours engaging with people who attended the session.

Liz Coffey, the Executive Headteacher of the Lisia School, said the drop-ins were just one of the ways they were trying to continue to engage with the public.

"This is all part of our ongoing plans for engagement, we are making sure that we have made ourselves available for people to ask us questions and express concerns," she said.

Ms Coffey also said that she was being asked questions about the actual model of education, rather than traffic or infrastructure concerns, which she said showed there was still the case to be made for the new model, and why it will be good for the island.

WATCH: The headteachers of the Lisia School recently released a video outlining what they see as the advantages to the two school model of education.

One criticism that keeps getting raised against the current Education, Sport and Culture Committee is that while they are hosting these public drop-in sessions, they are not actually acting on any of the feedback they get. This was a key complaint in the letter released today signed by 95.6% of staff at St Sampson's High, which announces they do not support the changes being made.

Ms Coffey said they were listening to what people had to say, but the approach they had to take was two fold: "I think on the one hand, to have an ambition and a vision for something which you're working towards requires you to be true to its core principals.

"And we are in a position where it would be disingenuous for us to promise we are going to listen and act on people's ideas when we can't. If the States wanted to decide that thy want us to have more play space at the schools, and then provide the budget to do so, they could, but so far the States have rejected any ideas similar to this because they are not affordable.

"It has been really challenging but the plans we are working with are within the possible means."

A draft requête has been published, ahead of being lodged for debate by the States, which could see the transformation of secondary education put on hold for a year at least.

Arranged by Deputies Andrea Dudley-Owen, Rob Prow and Carl Meerveld, it calls on the States to review the work done so far, before ESC does any more work on moving towards the Lisia School model.

You can read the requête HERE.

Pictured top: Liz Coffey, the Executive Headteacher of Lisia, was at the drop in with Headteacher Vickey Godley and the ESC Committee.