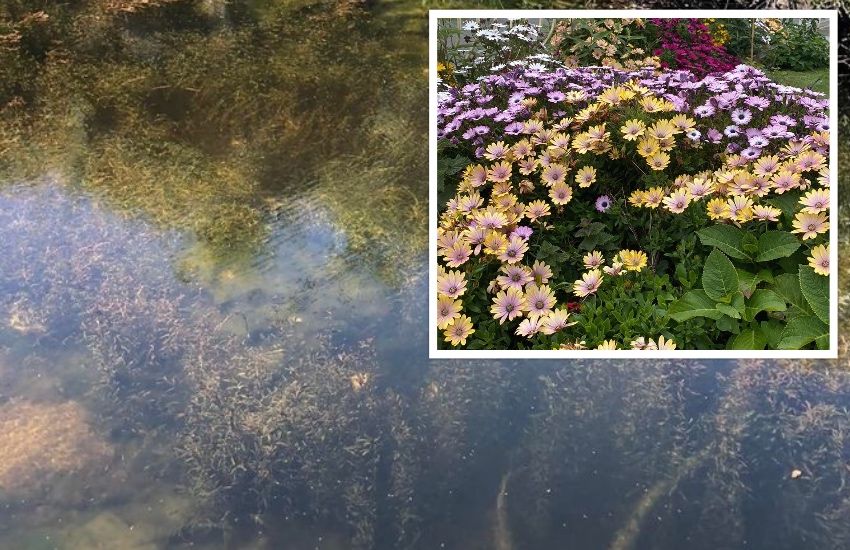 A man who has spent over a decade clearing a water-filled quarry with his wife has appealed to islanders for “flora and fauna friendly water bombs” to help clear algae.

Aindre Reece-Sheerin started the project 12 years ago after discovering that the quarry which he has partial ownership of with his neighbours “had been completely neglected”.

“When we moved into our property it needed a lot of restorative work both inside and out,” he said. 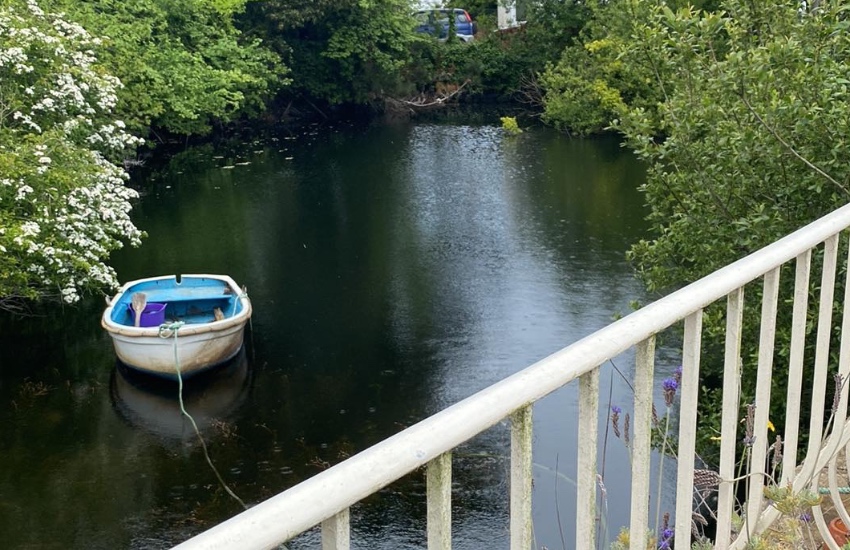 Pictured: Mr Reece-Sheerin was able to acquire a small rowboat from John Styles to help him with his project.

“The quarry was completely overgrown with brambles and it was clear that no one was maintaining it so we started the project ourselves.”

Mr Reece-Sheerin said that one of the big issues in the quarry were “trees growing out of rock surfaces”. 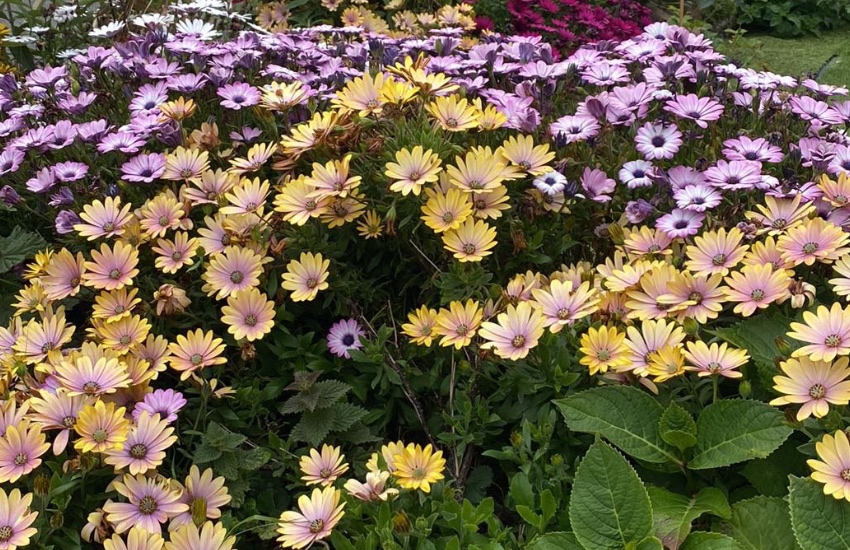 Pictured: Mr Reece-Sheerin is a keen gardener and said his garden has "more bees, butterflies and other insects than ever before".

Mr Reece-Sheerin continued: “The stagnant water was a breeding ground for mosquitos and my wife and I really wanted to do something about it, not only to help the environment, but also to reduce the number of mosquitos on our property.”

According to Mr Reece-Sheerin the quarry, which is located in Les Tracheries, is “a few hundred feet long, 40-foot wide at its widest point and at least 10 metres deep”.

“I installed some aluminum ladders to gain access to the quarry and I shuffle down there very carefully because I lost the use of my legs in a hit and run accident years ago,” he said. 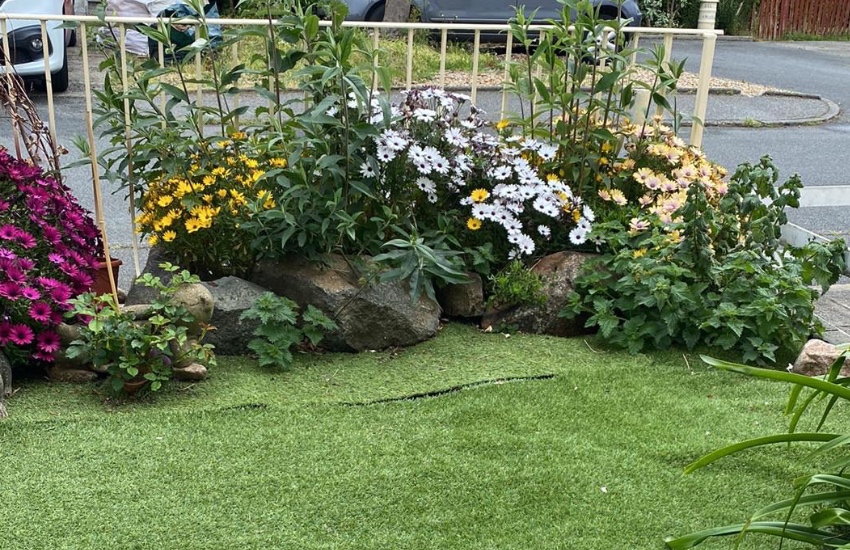 Pictured: After "years" of trying to grow grass in his front garden, Mr Reece-Sheerin "had to resort to artificial grass", but planted shrubs and flowers for insects.

Mr Reece-Sheerin continued: “I purchased a small rowboat and I started carrying waste up from the quarry one bucket at a time.

“I am fortunate that I have excellent upper body strength; I have removed tons of rubbish over the years, and it has not been an easy task”

Mr Reece-Sheerin said he has spent “thousands of hours” removing waste from the quarry.

“The quarry is a world away from when we started the project but there is still more to be done,” he said.

“Sadly, some of the previous owners of the properties around the quarry used it as a dump; there are even two toilets, a cistern and a pan still in there which are too deep for me to reach.

“A couple of divers have very generously offered to retrieve those pieces to help me get them out. This project really wouldn’t have been possible without the generosity of other people including Anne Mauger, Andrew McClean and others, as well as Annandale.” 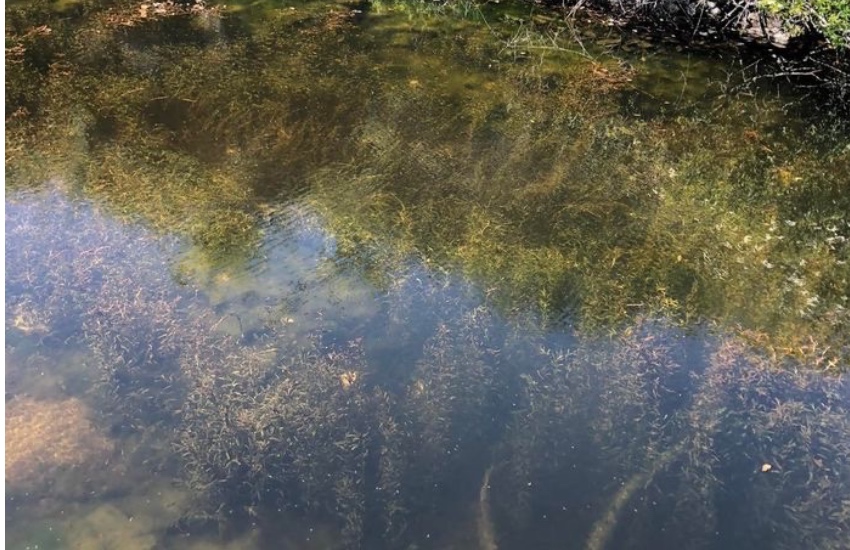 Pictured: Mr Reece-Sheerin has made an appeal for "flora and fauna friendly" products to help remove green algae from the quarry.

An anonymous donation of a “pure bomb” water cleaner has already helped to start removing the green algae.

“I am not asking anyone for money, I am only asking that, if there are people who have some products left which they aren’t using, then we would be grateful for them to be donated,” said Mr Reece-Sheerin.

“I would also encourage anyone with any fish that need to be rehomed to contact me because we would gladly take them for the quarry too. It’s teeming with fish now, and we have ducks and moorhens and the most beautiful dragonflies as well, which have only started coming since the water has been cleaned.

“We are also desperate for an aeration system so if anyone has an old solar panel perhaps or an air pump that would be fantastic. I don’t have an income so I’ve been trying to do the best I can with limited resources and any unwanted items would be gratefully received.”

Anyone who would like to donate any chemical-free products or have fish rehomed are asked to contact Mr Reece-Sheerin on 07781 412512. 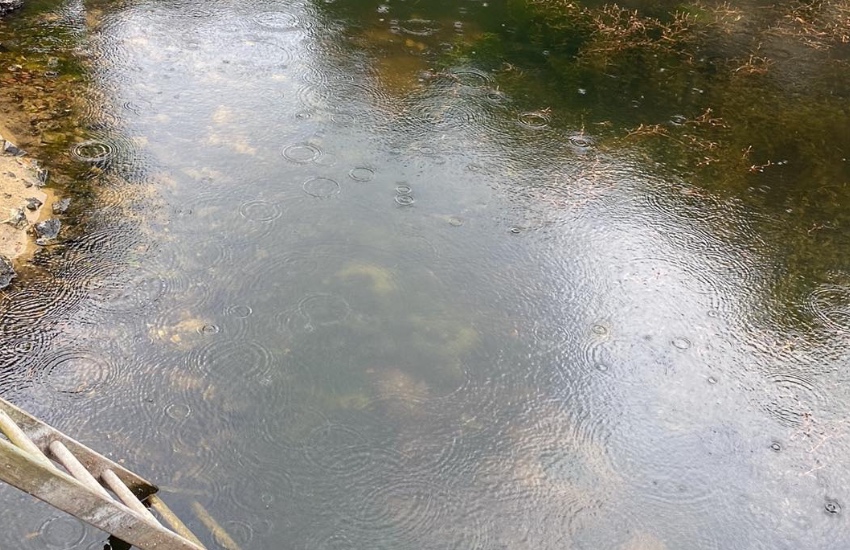 Pictured: Mr Reece-Sheerin "shuffles down" ladders to gain access to the quarry as he lost the use of his legs in a hit and run accident.