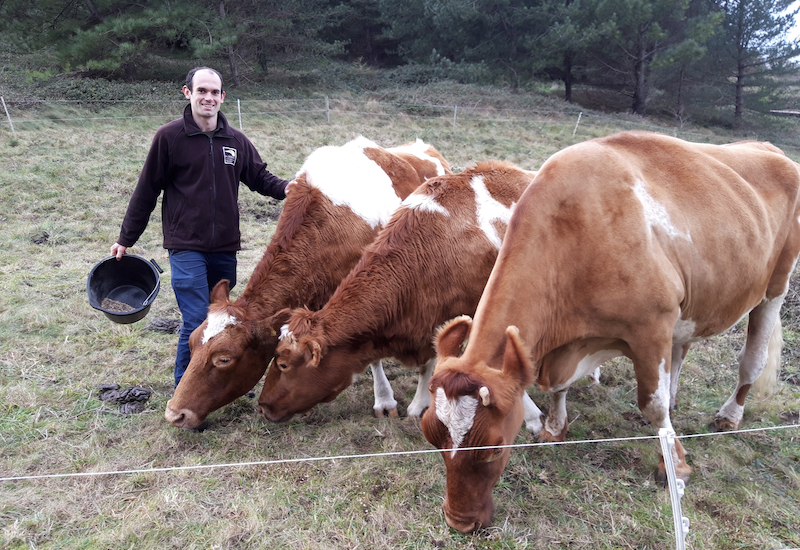 A trio of ancient cows have undertaken the longest trip of their lives to take part in a rewilding project in Alderney.

The cows, which are retirees from the dairy herd and aged up to 19, ordinarily graze on Longis Common, managed by the Alderney Wildlife Trust.

A couple of weeks ago they were driven up Longis Road by conservation volunteers in a journey of over a mile, to the Community Woodland, which straddles an area from Les Rochers to Newtown.

On the Newtown side is a 1400 metre square patch of 'unimproved grassland' - land overgrown with tough, tufty grass and brambles, formerly an area rich in wild flowers. It was here that the cows set to work.

The use of large herbivores to manage a landscape rather than people and machinery is growing in popularity as the concept of rewilding gains momentum across Europe. 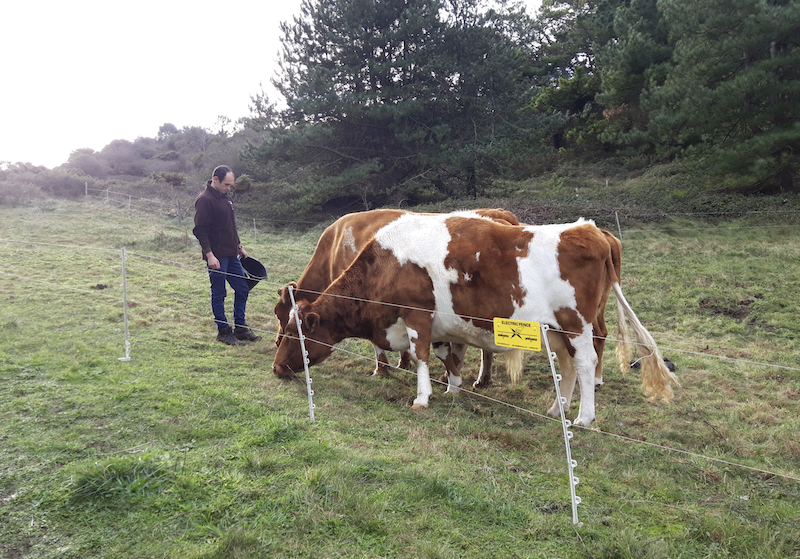 AWT Conservation Officer Connor Stapleton is leading the Grazing Animals Conservation Project and he said the cows had played their part very well.

"The three cows got stuck in and cut down the grass but left some of the flowers behind so so they have done a really good job. Rewilding is quite a popular topic in the UK and worldwide and this is part of that.

"We used machinery to mow this area in April however, when we mow we're a lot less selective than the cows are because we cut everything down to the same level, grass and wildflowers alike. What's happened over the past few weeks is more in keeping with how it would be naturally. The cows also produce dung and that encourages insects which encourages bats and birds, so these guys are naturally building an ecosystem."

The success of the project will become evident in the spring.

"We're taking them back to Longis for the winter and in the spring we'll see what has come back. What we're hoping to create, when it's no longer covered in bramble, is a meadow with some grasses and lots of wild flowers like poppies, buttercups, sea radish and dandelions poking through.

"If that happens we will bring the cows back next year to graze the area again.

"It's rather nice that these retired cows, near the end of their lives, are playing a meaningful part in such a progressive conservation movement."