2018 Heritage Festival to focus on Occupation to align with film 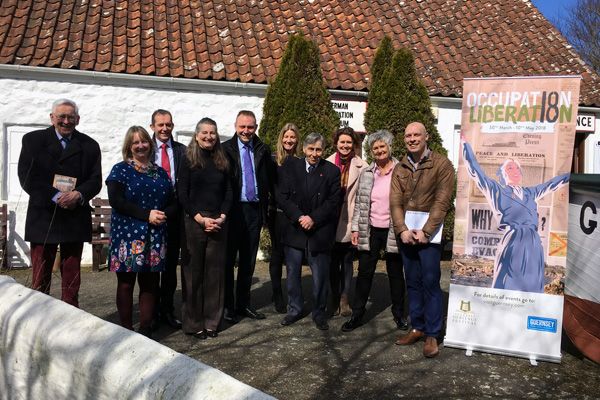 2018 Heritage Festival to focus on Occupation to align with film

This year's Heritage Festival will see more than 300 events taking place across the Bailiwick all focusing and reflecting on the Occupation and Liberation of Guernsey during World War II.

Starting on the 30 March and culminating with Liberation Day, fortifications will be opened up for the first time, tours will run to tell all kinds of stories, and a number of seminars, talks and exhibitions will be held.

All of this will coincide with the release of the Guernsey film, inspired by the novel The Guernsey Literary and Potato Peel Pie Society. The film is due for release on 20 April, and around 60 of the festival's events will be specifically themed around places and things mentioned in the story. 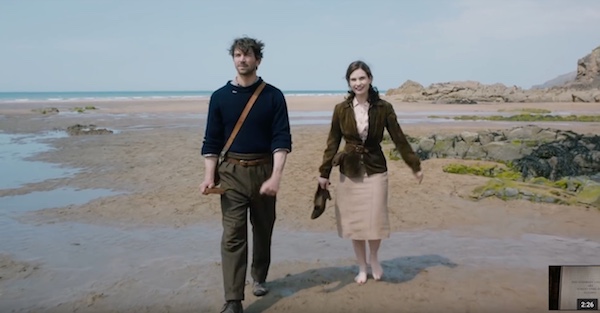 Pictured: A scene from the Guernsey film, out next month

"We have a heritage festival every year and obviously the purpose of that is to create a big opportunity to celebrate and remember the history of our island. This year we will be looking at the Occupation, and we are going to have a lot of themed events to show what life was like at the time," Anita Walker from Visit Guernsey said.

"There is going to be a mix of talks, walking tours and coach tours of a number of different sites, exhibitions and tasters of what life was like and all sorts of other things." 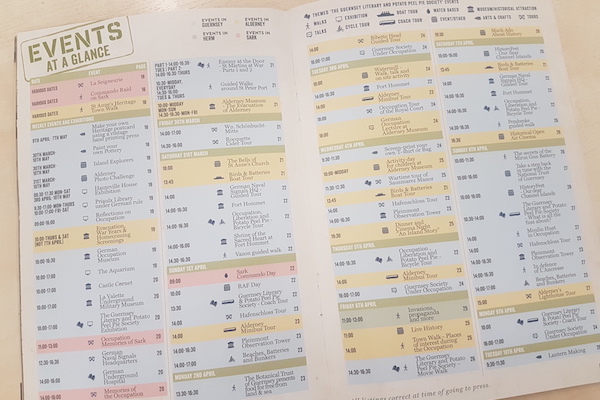 Pictured: Some of the events planned during the 2018 Heritage Festival

A group of event organisers who are going to be involved in the festival met at the German Occupation Museum yesterday morning to discuss what they will be doing.

Richard Heaume from the Museum will be hosting seminars every week about life during the occupation, and said he will be highlighting the differences between fact and fiction in the novel and film.

"We are hoping the film will put Guernsey on the map and there will be a surge of visitors interested in the Occupation," he said.

"It is going to be about awareness - there are some parts of the book that will likely be in the film that are not as it was in reality - I'm doing two lectures a week on Guernsey Society during the war and what it was really like."

As one of the staple events of the Festival, the Victorian Walled Garden in Saumarez Park will be hosting a period inspired feast for people. Joy Liggett and Hugh Johnson from the garden said there would be bean jar, pulled pork in Guernsey biscuits, and also a range of other period recipes for people to try.

How will the Tourism industry benefit from the festival and the film?

"We have an amazing opportunity to tell this wonderful story to everyone as a collective industry, and to hopefully improve our tourism with areas such as the USA, who are always very interested in the novel," Andrew Chantrell, General Manager of the OGH, said.

"We are also going to be celebrating our 160th anniversary of the OGH being a hotel as well, and have put together an archive of old information, accounts and images that we have dug up which date back to the time of Governor Doyle, who is one of the most well known governor's of the island, and the last to use the building as Government House." 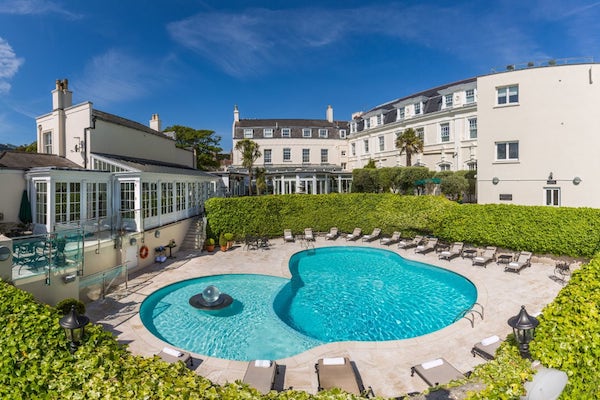 Craig Duquemin from the Liberation Group said they were very lucky to own the Ship & Crown, which is the Crown Hotel heavily featured in the novel and film.

They are going to be running a number of different menus and special options to celebrate that, alongside being involved in walking tours, hosting an exhibition, and are also considering projecting an image of the old hotel onto the front of the current building to celebrate the film and the festival.

Pictured top: Some of the people involved in the 2018 Heritage Festival at its launch