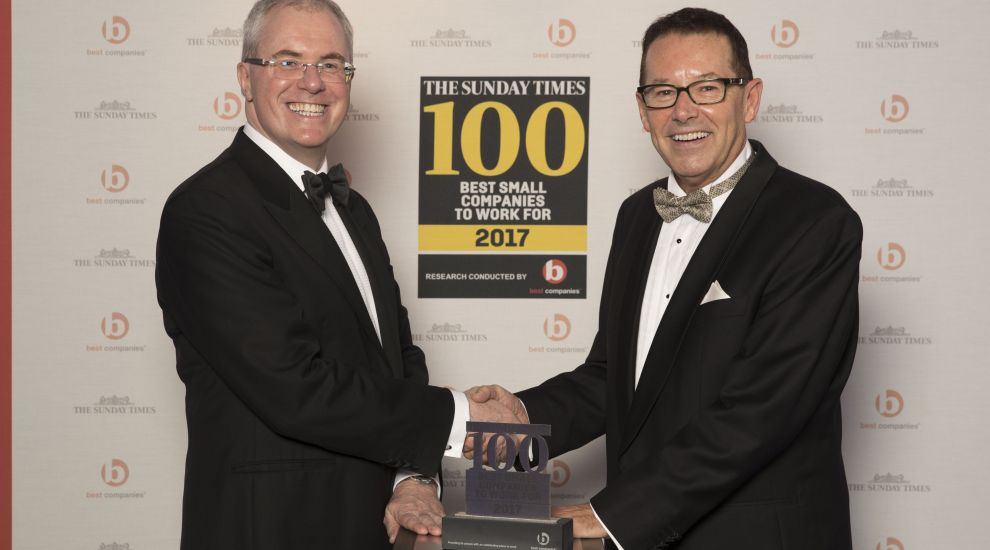 High levels of staff satisfaction at Nedbank Private Wealth and its wholly-owned subsidiary, Nedgroup Trust, have again placed the organisation on The Sunday Times 100 Best Small Companies to Work For listing.

The listing and a three-star “extraordinary” accreditation* in this year’s UK Best Companies Guide result from the UK’s largest ever survey into what staff really think about where they work. It involved over 270,000 employees across more than 850 organisations.

Greg Horton, Executive Head of Nedbank Private Wealth International, said: “We are delighted to make the Sunday Times listing for an amazing 12th time. Obviously, the more employees you have, the harder it is to maintain a place and perhaps the most revealing insight into our achievement is the fact that we are now by far and away the largest employer on the list.

“To receive such a positive and consistent endorsement from our own employees is very heartening. Our company aim is, and has been for over two decades, ‘to serve our clients better than any other financial services organisation’ and we appreciate that a happy workforce is crucial to achieving this.

“We have a great team and to maintain our high levels of client service we continue to make significant investments in recruiting and developing the best people. We have been rewarded by an exceptional level of staff loyalty. Over 65 per cent of our staff have been with us for over five years and 36 per cent have over 10 years’ service. Most importantly, from the clients’ perspective, this translates into exceptional continuity and experience.”

Nedbank Private Wealth has an impressive track record and received a special award in 2014 for the exceptional achievement of appearing on the list for 10 consecutive years. It was one of only three companies across the UK and the only financial services company to have attained such an unbroken run of achievement. It is now the 12th year that Nedbank Private Wealth has appeared on the list and for the last two years its wholly-owned subsidiary, Nedgroup Trust, has joined with them for the survey.

The Sunday Times and staff engagement specialist Best Companies celebrate the best workplaces in the UK every year, and the data-gathering and analysis used across all sectors are extensive. It is the staff themselves who fill in the anonymous surveys from which the scores are compiled, and they give their opinions about their bosses, their working conditions and their employer’s values. The results are taken direct from the people whose hard work builds the success of their business, whether they are bankers, designers or shop assistants. Nedbank Private Wealth is one of only two financial services companies on the listing.

Jonathan Austin, CEO and founder of Best Companies, said: “I would like to congratulate Nedbank Private Wealth and Nedgroup Trust on their outstanding achievement. This year it is encouraging to see that more and more organisations are recognising the value of employee engagement and are willing to benchmark themselves against the best to ensure they are offering their employees the best possible experience. Organisations like Nedbank Private Wealth and Nedgroup Trust have continued to focus on their employees and have been rewarded with an engaged workforce who tell us that it is a great place to work.”