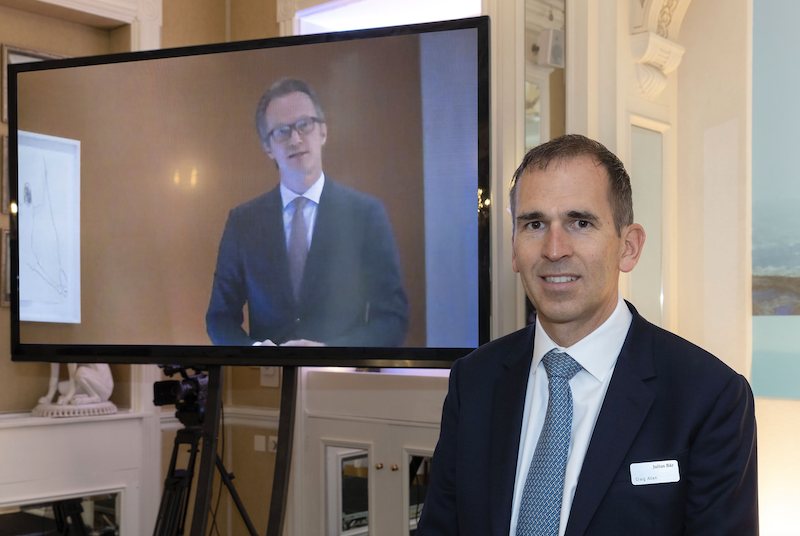 During Julius Baer’s latest Market Outlook event, its Head of Research shared his insight into the globe’s economic bounce back after covid, suggesting that it could be more positive than previously thought.

Christian Gattiker spoke during a bi-annual event for local guests. He said intervention from international governments has helped the global economy weather the storm.

“Many central banks have undergone a fundamental change during the pandemic,” he said.

“Whereas previously they steered economies by the credit channel, they have increasingly, especially in the West, turned to boosting financial wealth as their principal tool.

“In the United States, for example, the value of privately held financial assets in relation to GDP has gone from a factor of three to a factor of six. The net result of that is private households have seen a boost in wealth and everyone therefore feels richer. We didn’t see these kinds of gains after the recession in 2008.”

Mr Gattiker was joined by Julius Baer’s Head of Investment Management, Craig Allen, who spoke about the impact of inflation while answering questions from the audience.

“Inflation is a concern for clients at the moment,” he said.

“As a story it’s moved from the financial pages to the front pages, and the greater media prominence often raises concern.

“However, inflation is not necessarily bad for the individual or for the investor. So yes, it typically means you’re paying a bit more for daily goods like milk or petrol, but if you own property it means the price of that is going up.”