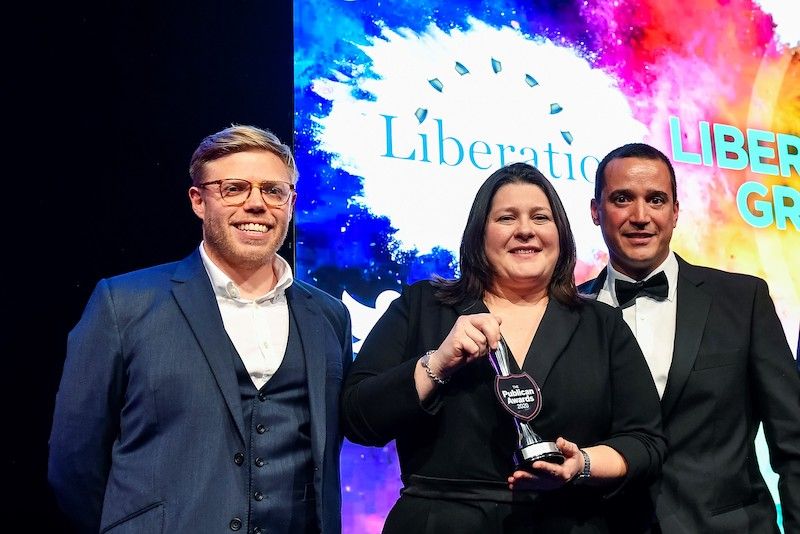 The Liberation Group has scooped a prized accolade at this year’s 'Oscars of the Pub world'.

The brewery and pub group picked up Best Food Offer for the second year running at the Publican Awards, at a ceremony hosted by comedian Rob Beckett at Evolution, London last Wednesday.

The awards, considered to be the Oscars of the pub world, were fiercely contended and Liberation Group fought off impressive competition from some of the best operators in the country, including Hippo Inns, Shepherd Neame, BBQ Whiskey Beer and Berkeley Inns.

Jayson Perfect, Managing Director of the Liberation Group Pubs & Inns, said: “We’re delighted to have been recognised in this coveted competition, known in the trade as the hallmark for quality.  Our chefs work tirelessly to create dishes that embody what we, as a company, are all about – quality, innovation, taste and bringing people together.

“This win pays testament to the hard work and dedication given by all our catering teams across our estate of pubs.”

For almost three decades, the Publican Awards has recognised excellence throughout the pub and bar trade, celebrating some of the best operations around.

Ed Bedington, Judge, Publican Awards said: “This event is the leading awards in the sector and, as a result, they’re not easy to win – it’s a robust judging process and companies have to work really hard to see success in the awards.  I’d like to praise all our winners for doing such a fantastic job in a very tough battle.”

Resolution IT expands the team