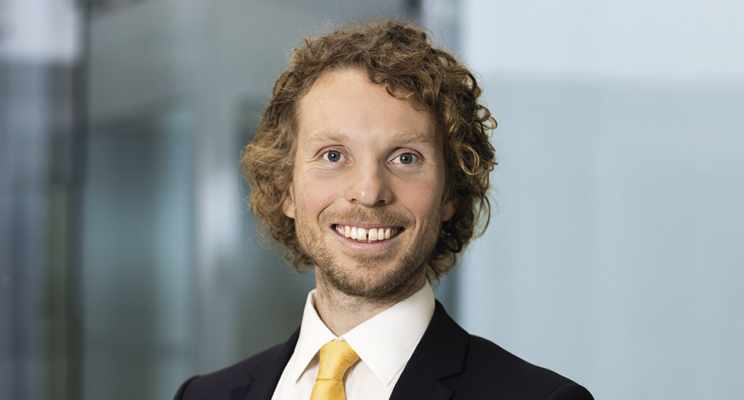 Carey Olsen's Dean Robson has been named among the Top 35 Under 35 private client practitioners in the UK by eprivateclient.

Having earlier in the year featured as part of the Channel Islands Top 35 Under 35, Mr Robson (pictured above) is one of six individuals from offshore law firms to also be selected for the UK edition.

A member of the firm's dispute resolution and litigation group, his practice covers a range of commercial and civil litigation with a focus on trusts, including both disputes and non-contentious applications by trustees.

In addition, he regularly acts on insurance transfers and schemes of arrangement and also advises on insolvency and regulatory matters.

Described as the 'definitive annual list of leading young private client practitioners in the UK and Crown Dependencies', the 2022 eprivateclient Top 35 Under 35 has recognised dozens of men and women as rising stars of the private wealth advisory sector.

Andreas Kistler, a partner in Carey Olsen's trusts and private wealth and litigation teams, said: "I'm delighted to see him now appearing among other leading young advisers in the publication's UK edition. His success is much deserved given his position as a key member of our team and commitment to providing outstanding client service in all aspects of his practice".