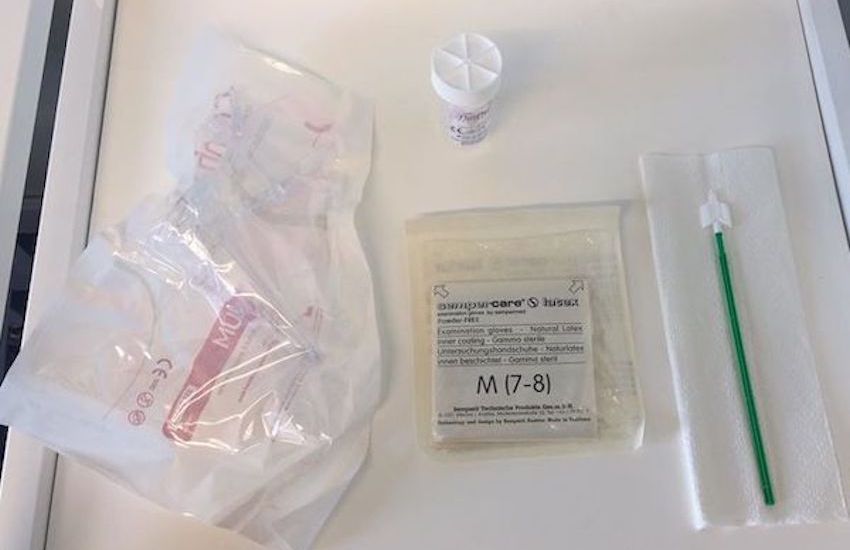 I'm not going to tell you it doesn't hurt, or that there's nothing to be embarrassed about - but I do think all of us women need to pull on our big girls' pants and just get it done.

They're not nice - it has always been more painful than uncomfortable for me - and who doesn't find lying there with a light shining up your fandango embarrassing? I certainly do.

But it's just one of those things that needs to be done. For a mere few moments of discomfort, a smear test - or cervical screening - can save your life, so just do it.

Pictured: Guernsey has encouraged women and people with a cervix to have a smear test.

That is the message at the centre of the latest 'Global Strategy for cervical cancer elimination' which was launched by the World Health Organisation in 2020 and has been the focus of this year’s cervical cancer prevention week, which is this week.

Cervical cancer is preventable and curable, and Guernsey health and other authorities tell us that they believe we now have the tools to make it a thing of the past, which is great news.

My one worry is that those very important messages are being lost in efforts to be inclusive which appear to be excluding the name of the people who need a smear test ....women.

Women have a cervix and they need to be screened for cervical cancer. So we need to make sure that all women get that message and the best way to do that is to include the word women in media messaging.

I was pleased to see that Guernsey has done that, with a message aimed at "women and those with a cervix".

Jersey however managed to publish three messages this week without using the word woman once. They suggested females and many other individuals may need a cervical smear test, but they never actually said the word woman. Only one of the messages was actually aimed at "females and those with a cervix".

With millions of views, the Jersey government is standing by its campaign saying it's inclusive - which is great. But by not using the word woman it's actually excluded those who feel strongly about their identity as women. Not as "cis-women", or "people assigned female at birth" but as plain and simple, actual, women.

The topic is hugely divisive, and I am sure I will be accused of being transphobic for sharing my view. I don't believe I am.

I am a woman, and it's much more than my cervix which makes me so.

My concern is that some women may not engage with such important health campaigns if the health authorities asking us to attend for screening can't even use the word woman for fear of excluding someone who may need one too.

If English wasn't my first language would I recognise the word cervix in the word salad above? If I were not so lucky to have been well educated in my own body would I know what a cervix is? It wasn't so long ago that the title smear test was dropped and replaced by cervical screening. Just imagine you didn't know the true terminology for your body, and you saw an advert that offered cervical screening to different groups but not to women.

The message that needs to stand out is that cervical screening, or a smear test, is vital - so then, please consider that it is equally vital that all people who need one are offered one, and that means using the word woman front and centre in the advertising.